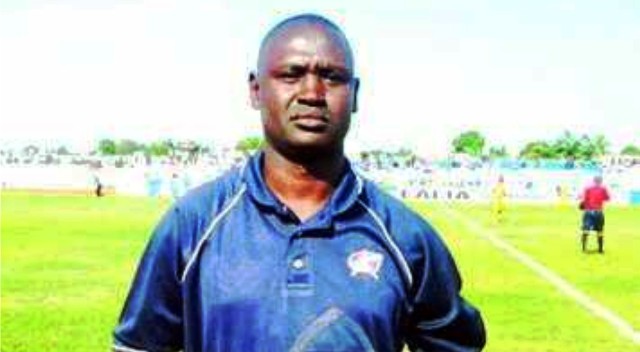 In light of their struggles, the Solid Miners’ coach has charged his players to be more proficient in front of goal
Nasarawa United coach, Kabir Dogo says that his players must convert their chances in order for them to achieve their target.
In their Nigeria Professional Football League midweek encounter, the Solid Miners were wasteful in front of goal but prevailed 1-0 over a depleted Akwa United side.
And the manager feels that they have to improve their conversion rate in subsequent matches so as to keep in touch with their target for the season.
“As usual we created numerous chances but we were unable to convert most of them,” Dogo told newsmen.
“We will keep on working on our areas of weaknesses especially the act of converting our chances.
“We will continue to do our best to bring out the best in the team. It was a tough encounter because both teams came all out desperate to get the three points.
“We are not playing badly at all but the players must be more proficient in front of goal to ensure that we achieve our season’s target. We must start that from our away game in Lokoja this weekend and the other games we have after then.”
The Lafia Township Stadium outfit have scored 10 times and the win over Abdu Maikaba’s men saw them move four places up the log to 12th after garnering 13 points from 11 games.

We Are Getting Closer To Our Aspirations – Amapakabo