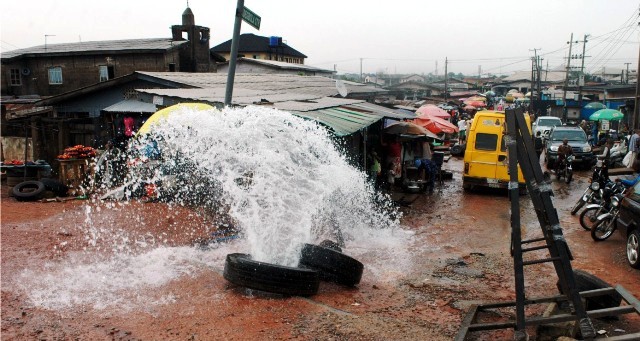 The Federal Government says it is committed to ensuring effective implementation of Minamata Convention on Mercury through strong sensitisation by Non-Governmental Organisations (NGOs) and the media.
Dr Idris Goji, the Deputy Director, Pollution Control and Environmental Health, Ministry of Environment disclosed this to newsmen in Abuja.
He explained that Minamata Convention on Mercury was a global treaty to protect human health and the environment from adverse effects of mercury.
He said  the convention was negotiated by the global community including Nigeria between 2010 and 2013, adopted and opened for signature on October 10, 2013 at a diplomatic conference in Kumamoto, Japan.
Goji noted that Nigeria was currently working toward the ratification and implementation of the convention in the country.
He said government had put effective measures to ensure that the convention was implemented; adding that part of the commitment was the engagement of NGOs and media sensitisation.
“So far, the activities and preparation toward the implementation of the project is the engagement of NGOs and the media by government for effective implementation.
“The role of the media and NGOs will enhance the actualisation of the objective of the convention.
“These two sectors will educate the public and let them understand what is involved, take the information to those people that are affected, instruct them that they can survive without making use of mercury.
“Part of the commitment of Minamata Convention Assessment project will assist the obligation toward the implementation of the convention.
“The implementation of the project will help to protect the human health and natural resources from the serious negative impact of mercury.
“We will identify the sources, the problems, also identify the benefits and bring them out for people to understand that there is benefit in being part of the convention.
Goji said that mercury poisoning was a type of metal poisoning, adding that the inhalation of mercury vapour could produce harmful effects on the nervous, digestive and immune systems, lungs and kidneys.
He said that people using mercury could be exposed to the danger, and the symptoms includes muscles weakness, skin rashes, memory problems, trouble in hearing, trouble in speaking and seeing, among others.
According to him, mercury can be prevented by eating a diet low in mercury, removing mercury from medical and other devices.
He, however, advised people to stay away from mercury, “mercury is harmful to human health as well as our environment, it is poisonous and deadly, we can live without mercury, there are other alternatives.’’
The deputy director said that the Ministry of Environment had collaborated with Ministry of Mines and Steel Development and Ministry of Health to ensure that the project was implemented.