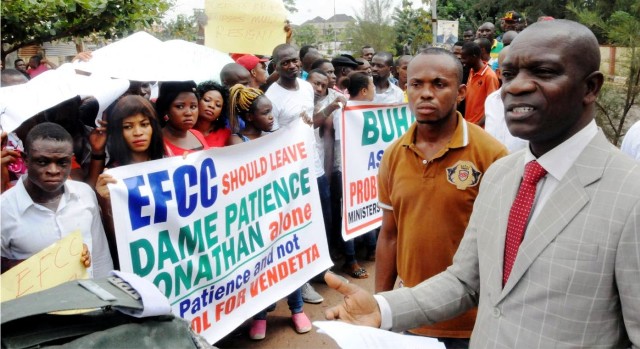 The Chief of Naval Staff, Vice Admiral Ibok Ibas, has assured that the Navy would continue to provide adequate security on Nigeria’s waterways.
Ibas gave the assurance while inaugurating some projects at the Naval Outpost, Odekpe, near Onitsha, Anambra State.
The projects are an administrative block, armoury, commanding officer’s house, officers’ quarters, senior rates’ quarters, junior rates’ quarters and comprehensive water treatment plant.
Others are a 33KVA transformer and a 250KVA generator.
Ibas said that the outpost became necessary as a result of careful evaluation of the security imperatives in the area.
He recalled that the Federal Government, in 2009, commenced the dredging of River Niger from Lokoja to Onitsha/Asaba.
“This was aimed at making the river more navigable for commerce to thrive.
“Additionally, the proposed establishment of strategic infrastructure such as the Green Field Oil Refinery at Itobe, the Inland Water Ports at Lokoja and Onitsha is anticipated to increase marine traffic from Warri to Ajaokuta Steel Company.
“In this context, the possibilities of the emergence of new security challenges were not far-fetched.
“This appreciation necessitated the establishment of Naval presence in the area to curb the envisaged criminal activities and free the largely water dominated environment for legitimate use,” Ibas explained.
He said that since the establishment of the Onitsha Outpost in 2010, it had operated from a rented accommodation which had been vulnerable and limited in space.
He said that the new facility would provide environment conducive for work by personnel and for greater operational effectiveness of the unit.
The Navy boss appealed to the Anambra Government to assist in perimeter fencing, road network, drainages and erosion control at the outpost.
He commended the Federal Government for its support as well as the state government for providing land, gun boats and patrol vehicles towards realizing the project.
In his remarks, the state governor, Mr Willie Obiano, commended the Navy for combating crime in the state, saying that it had helped to arrest some hoodlums who trafficked in arms through the River Niger.
“Since the inception of my administration, I have had strong partnership with the Navy and I will continue to render assistance to the outfit subject to availability of funds.
“We will continue to support the Navy in our little way since you have been playing critical role in the security of the state.
“Our assistance will continue as our economy improves,” the governor stated.
Earlier, the Flag Officer, Central Naval Command, Yenagoa, Rear Admiral Mohammed Garba, said that the projects were part of commitment of the Nigerian Navy for a working environment conducive for personnel.
Garba said the inauguration of the projects marked the relocation from the temporary site to the permanent site.
The occasion was graced by traditional rulers, other service chiefs, government functionaries as well as indigenes of Odekpe, near Onitsha where the outpost is sited.