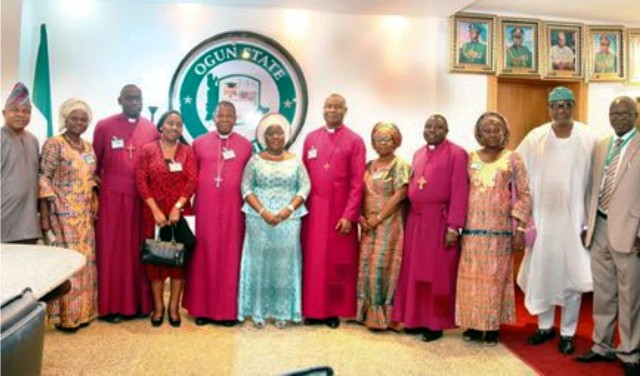 Adamawa
The Adamawa State trained over 700 youths and women in various skills under its Poverty Alleviation Programme (PAP) in 2016.
The state coordinator of the programme, Mr Ayuba Audu, told newsmen in Yola that the training was organised to tackle poverty and unemployment.
He said that the programme was organised in collaboration with the Industrial Training Fund (ITF) and ‘Simba’ an Indian firm.
Audu said that the beneficiaries of the programme were selected from the 21 local government areas of the state.
“The aim of the training is to assist youths and women. We want to support them to become entrepreneurs in the hope that this will reduce the rate of poverty among them.
“It will surely bring about security and stability in the state,’’ Audu said.
He said that the beneficiaries were trained on tricycle repairs, jewelry and bead making, how to repair cell phones and electrical appliances.

Bauchi
Chairman, Bauchi State Council of the Nigeria Labour Congress (NLC), Hashimu Gital, says that the state government owed retirees N15 billion in accumulated gratuity.
Gital said this in an interview with newsmen in Bauchi last Sunday.
“The problem here is the accumulated gratuity amounting to almost N15 billion.
“We have achieved that of normalising payment of salaries where government does not owe any salary arrears in Bauchi State but the issue of gratuity remains a problem.
“We are always knocking at the door of the state government and there is assurance that government is also making efforts to ensure that the outstanding gratuity is paid,’’ the NLC chairman said.
He refuted insinuations that retirees in the state were being owed pension arrears.
Gital said that the state government was also making efforts to actualise the contributory pension scheme in the state.

FCT
Chairman, House of Representatives Committee on Internally Displaced Persons (IDPs),  Hon. Sani Zorro, has disclosed Nigeria’s government plan to issue United Nations passport to people at risk of being stateless.
Zorro made this known during an interview with newsmen, last weekend, in Abuja, marking the second anniversary of Nigeria ratifying the Abidjan Declaration to end statelessness.
He said that the National Commission for Refugees, Migrants and IDPs (NCFRMI) and the National Immigration Department are engaged in a process called refugee status determination.
He explained that this process would help to ascertain stateless persons that are eligible for the UN passport, a document they can hold on to before their respective cases are resolved.

Gombe
Gombe State Coalition for Political Parties has rejected Saturday’s council polls in the state, threatening to take legal action if Chairmen or Councillors were inaugurated.
Addressing a press conference on Saturday in Gombe, Alhaji Idi Barde, Acting Chairman of All Progressive Congress (APC) in the state, who spoke on behalf of the coalition, said in spite of the assurances given by the Gombe State Independent Electoral Commission (GOSIEC), it had failed to conduct the election.
He alleged that there was no election material taken to any polling unit in the state, and that no accreditation of voters took place for the conduct of the election.
Reacting to the allegation, Chairman of GOSIEC, Mr Caleb Maina, who spoke through Mr Kalagar Kudi, GOSIEC Commissioner in charge of Public Affairs, said election took place.

Kano
The Kano State Hisbah Board has advocated for a comprehensive blueprint to address lingering societal problems.
The Commander General of the board, Malam Aminu Daurawa made the suggestion when  he received a delegation of the Association of Hausawan Africa led by Sardaunan Agadaz, Dr Abdulkadir Koguna, in Kano yesterday.
According to him, the blueprint will serve as official guide in addressing the myriads of socio-economic problems facing the society and encourage education, skills acquisition among others.
Daurawa urged the association to be cautious in selecting and training its members to avoid security implications.

Katsina
An NGO, Daura Progressive Youths Initiatives, has empowered 253 women in Daura with vocational skills to earn a living.
The Secretary of the group, Alhaji Sabiu Tazarce, told newsmen in  Daura yesterday  that the women acquired the skills over the last two years in tailoring, poultry farming, knitting, and jelly, perfume and soap making.
He said that the decision of the NGO to commence the training was informed by its desire to eradicate poverty and generate employment.

Lagos
The Managing Director, Federal Airports Authority of Nigeria (FAAN), Mr Saleh Dunoma, has instructed engineers to begin repair works on all facilities at the Murtala Muhmmed International Airport (MMIA), Lagos, with immediate effect.
Dunoma gave the directive after inspecting the facilities at the airport on Sunday in Lagos.
It would be recalled that the directive is coming after the unscheduled inspection visit made last Thursday to the airport by the Acting President, Prof. Yemi Osinbajo.

Nasarawa
The Nasarawa State House of Assembly has advised the chairman and members of the State Universal Basic Education Board (SUBEB), to be “very prudent” in the management of resources.
The law makers also tasked the board to strive towards boosting enrollment and quality of primary schools.
The legislators gave the advice  yesterday in Lafia, shortly after confirming members of the board.
The Speaker, Alhaji Ibrahim Balarabe-Abdullahi, who spoke on behalf of his colleagues, challenged the board members to use their experiences to add value to the educational sector.
“You will be handling the most crucial stage of education, the primary school; work very hard to improve on what is on ground,” he said.

Niger
The Children’s Government of Nigeria, a Non Governmental Organisation, has called on the federal and state governments to close Internally Displaced Persons (IDPs) camps in the North-East.
Its National Coordinator, Mr Patrick Ikpeme, made the call in Minna, during a courtesy visit to the Niger State Development Company.
He said that the camps should be closed down “immediately” because they had a negative effect on women and children.
“Many of the women in the camps live irresponsible lives with nobody to check them; if they return to their various communities, they will be more careful.
“The children also live carefree lives due to the absence of parents or guardians. They are denied even basic means of livelihood. When they get desperate, they can jump into bad things,” he said.
He stressed the need for government to resettle the IDPs back to their various communities where they could restart their lives with communal support.

Taraba
The National Coordinator of ‘PDP Loyal Group 100 per cent’ ,Mr Denis Shima, yesterday advised Taraba youths not to see politics as a dirty game.
Shima gave the advice at a Thanksgiving Service organised in his honour by the Catholic Youth Organisation of Nigeria (CYON) of St Peter’s Catholic Parish in Jalingo.
He said politics was rather one of the best ways to bring development to humanity if  practised according to the rules.
Shima challenged the youth to join politics with a view to channelling their youthful energy into enhancing political reforms that would deepen the country’s democracy for rapid development.
“I advise all of you not to stay away from politics due to the belief by many that it is a dirty game.