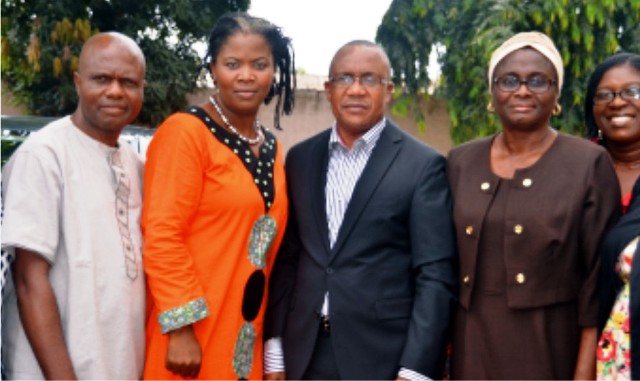 The Amanyanabo of Grand Bonny Kingdom, King Edward Asimini William Dappa Pepple, Perekule XI has charged Christians to redouble their effort towards working for the success of the church.
King Pepple stated this during a courtesy visit to his palace in Bonny, by the Primate, Church of Nigeria Anglican Communion, Most Rev. Nicholas Okoh, Provincial Archbishops and Bishops of Dioceses of Niger Delta, on a holy pilgrimage to St. Stephen’s Cathedral, Bonny, the first in Nigeria, and second in West Africa.
He reiterated his commitment to the church, saying he was ready and poised to support the church whenever his assistance was needed.
The Amanyanabo thanked God for safe arrival of the Primate and other pilgrims to Bonny, expressing optimism that the visit to his kingdom would bring blessing upon the ancient city.
According to him, the time has come for Christians to come together and stand as one family and move the gospel of Christ forward.
In his remarks, the Primate, Church of Nigeria Anglican Communion, Most Reverend Nicholas Okoh, expressed happiness to the people of Bonny Kingdom for the important role they were playing in the affairs of the church and thanked them for their gesture.
Most Reverend Okoh explained that the church was not seeking for wealth, but instituted to spread the gospel and bring the light of God to all nooks and crannies of Nigeria and beyond, urging Christians to follow the footsteps of the founding fathers of the church.
The man of God further appealed to the Bonny Council of Chiefs to always lead their subjects in the way of the Lord and commended members of the Niger Delta Diocese for the honour done him and his team and advised every member of the Anglican Communion to work hard to maintain the position of the church.
Earlier, the Bishop, Diocese of Okrika, Right Reverend Tubokosemie Abere expressed appreciation to the Primate and his team for visiting Bonny, adding that the visit was inspirational to them and called on all Anglican faithful to be strong in the work of God.
Also speaking, the Dean of the Saint Stephen’s Cathedral, Bonny, the Very Revd. Richard Ibituru Hart expressed gratitude to God for the successful hosting of the Primate and his team in Bonny, as well as their prayers and contributions in making the visit a success.