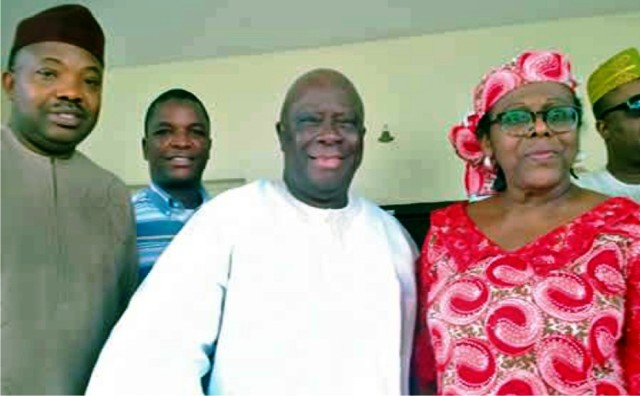 Benue
The Benue State House of Assembly yesterday passed the 2016 supplementary appropriation bill of N3.8 billion submitted to it by Governor Samuel Ortom in December 2016.
The bill is made up of N1.8 billion supplementary recurrent expenditure, as well as N2 billion supplementary capital expenditure.
Speaker of the Assembly, Mr Terkimbi Ikyange, announced the passage, after a clause by clause consideration of the report of the House Standing Committee on Appropriation.
Ikyange directed the House Committee on Finance to liaise with the Ministry of Finance, Accountant-General and the Board of Internal Revenue Service, to address complaints of delayed remittance of the mandatory 75 per cent to revenue generating ministries, departments and agencies.

Kano
A Kano Magistrates’ Court  yesterday slammed a N500,000 bail to Safiyanu Abubakar (47), for alleged forgery and obstructing of public officers from performing lawful duties.
Abubakar who resides at Sultan Road Nasarawa GRA Kano, is being tried for criminal trespass, forgery, criminal intimidation and obstruction of public officers from performing lawful duties.
According to the Prosecutor, Insp. Haziel Ledafowa, the accused committed the offence some time between 2012 to 2013, at Nasarawa GRA Quarters Kano.
He said the accused illegally trespassed and occupied a Kano State Government Quarters, No GP 405 Lafiya Road, Nasarawa.

Katsina
A Katsina State High Court recently granted a former Governor of the state, Ibrahim Shema and three others N1 billion bail and one reliable surety each.
Others standing trial with the former governor are, former Commissioner for Local Government Affairs, Sani Makana, former Permanent Secretary, Ministry of Local Government Affairs, Lawal Safana and former ALGON Chairman, Lawal Dankaba.
The accused persons are standing trial for alleged conspiracy, forgery and diversion of public funds amounting to N11 billion.
Justice lbrahim Bako granted bail to the accused person in a ruling he delivered at the resumed hearing of the trial.

Kebbi
The Kebbi State Government recently said it would construct an international onion market at Aliero Local Government Area of the state.
Alhaji Abubakar Dakingari, the Chief Press Secretary to Governor Atiku Bagudu, quoted the governor as making the promise during a visit to Aliero last Monday.
He said the governor, who addressed onion farmers and marketers at the onion market in Aliero, promised that the international market would be established in the area considering the abundance of the commodity in the area.
“The commodity is being transported to other parts of the country and neighbouring countries of Benin and Niger Republic in commercial quantities,” he said.

Kogi
Chairman, Kogi State  House of Assembly Committee on Appropriation and Budget Monitoring recently, said that the House  Mr John Abah, would ensure effective implementation of 2017 state’s Budget.
Abah, who spoke with journalists at the end of the Budget Defence by Ministries, Departments and Agencies (MDAs) in Lokoja also said the budget would be passed within few days.
He expressed satisfaction with the conduct of the budget defence by the MDAs, an exercise he said started on February 8.
“We got impressive reports from the MDAs.By the grace of God, we will do some amendments based on the defence we had and within the shortest time possible.
‘’We are going to pass the budget so that with the new direction, government will hit the ground running for 2017,” he said.

Kwara
Opposition parties in Kwara State have kicked against the extension of tenure of the 16 local government caretaker chairmen by the state government.
Governor  Abdulfatah Ahmed had last Tuesday, extended the tenure of the Transitional Implementation Committee for the local councils in the state by three months.
The caretaker committees were inaugurated on November 15, 2016, and were to serve for three months, which expired on February  14.
The governor, in a letter to the Speaker of the State House of Assembly, Dr. Ali Ahmad, said the extension was to ensure continuity of administration pending the conduct of elections into the local councils.

Lagos
No fewer than 171  Nigerians voluntarily returned from Libya last Tuesday aboard a chartered Nouvelair aircraft with registration number TS-1NB.
The aircraft landed about 4.18pm at the Murtala Muhammed International Airport, Lagos.
It was reported that another batch comprising  161 Nigerians, had earlier on February  14 also voluntarily returned from the North African country where they had been stranded enroute Europe.
The new set of returnees were brought back by the International Organisation for Migration (IOM) and the Nigerian Embassy in Libya.
They were received at the Hajj Camp area of the airport by officers of the Nigerian Immigration Service (NIS) , the National Agency for the Protection of Trafficking in Persons (NAPTIP) and the Police.

Nasarawa
Nasarawa State University chapter of the Academic Staff Union of Universities (ASUU) says it is opposed to the financial autonomy granted the institution by the state government.
The chairman of the chapter, Dr Nghargbu K’tso, said this recently when he paid a courtesy call on the state House of Assembly Committee on Education in Lafia.
K’tso said that the union opposed the financial autonomy because the university “is a public institution” that should be properly funded by the state government.
He appealed to the Assembly to ensure that the institution was properly funded to improve its standard of education and for the overall development of the state.

Ogun
The Ogun State House of Assembly yesterday summoned the management of the state’s Internal Revenue Service (IRS) and the Bureau of Transportation over the collection of riders’ permit in the state.
The Assembly had asked the agencies to appear before it on Friday.
The Speaker of the House, Mr Suraj Adekunbi, issued the summon while responding to the presentation by his deputy, Mr Olakunle Oluomo, who spoke under motion for adjournment citing order 19 rule of the House.
Adekunbi said that there was need for the two agencies of government to maintain the status quo in relation to the collection of riders’ permit until all issues surrounding this was resolved.

Sokoto
Governor  Aminu Tambuwal of Sokoto State has re
leased N 1.2 billion for payment of accumulated gratuities from 2010 to retired staff of local government councils in Sokoto State.
The Sokoto State Commissioner for Local Government and Community Development, Alhaji Mannir Dan’Iya, said this on Monday in Sokoto.
According to him, all approved funds have been released and payments are being effected accordingly.