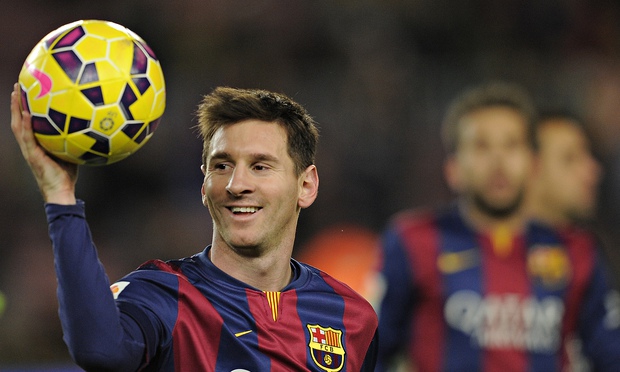 Each season, the Champions League sees a new list of star players, especially in terms of goals. So, who are managing to stand out in the 2017 season and are poised to finish at the top of the list? We’ll take a look at a few of the top scorers in the league so you know who to watch out for, and who is worth finding a bookie and placing bets on.

It’s official, the latest round-of-16 results are in and we’ve got the list of the top goal scorers. Many of the names will come as no surprise, while others may manage to be a bit unexpected. What might really interest you is how many players are tied for fourth place.

Sitting comfortably in first place with 10 goals is Lionel Messi. Anyone who knows Messi knows that him being at the top of the list is no fluke. He consistently manages to get on the list and follow through for Barcelona time and time again. There’s a good chance he’ll be adding to his goal total as early as next week.

This 29 year old forward is the captain of Argentina’s national team and has often been called one of the greatest players of all time – in the whole world. That is super-star status to its fullest.

Edison Cavani is currently sitting in second place with seven goals this season. Born in Uruguay he plays for Paris Saint-Germain as well as his country’s national team. This 30 year old striker isn’t letting his age slow him down, as he’s playing in peak form it seems. Together with his wingers – Julian Draxler and Angel Di Maria – the trio is said to be a fearsome attacking combo.

Look for him to continue to shine through the rest of the season and even help his club to be a serious Champions League contender.

Sitting in third on the charts is Robert Lewandowski with an impressive five goals so far. Lewandowski is a 28 year old striker who was born in Poland. He plays for Bayern Munich in Germany, and is also the captain of the Poland national team.

He’s actually been throwing out the challenges to Arsenal as of late, warning the club that if Bayern Munich continues to play at the top of their game, then Arsenal is in for a real competition. If anyone can stand behind his words with actions, it’s Lewandowski.

As mentioned, fourth place is where it gets really busy with seven star players sliding into the slot. Each of the players has four goals this season. You’ve got Mesut Ozil who plays for Arsenal, Riyad Mahrez who plays for Leicester City, Pierre-Emerick Aubameyang with Borussia Dortmund, Karim Benzema with Real Madrid, Arda Turan who plays with Barcelona, Dries Mertens with Napoli, and rounding out the list is Andre Silva with Porto.

What’s interesting is just how many different clubs are represented in the top four list. Of course, Barcelona has a real edge thanks to two of its players showing up on the list (Messi and Arda Turan).

As the season continues to play out, expect for these players to add even more to their goal totals and possibly move around in their ranking. Each of the clubs is sure to make the most of their top scorers, giving them plenty of playing time and opportunity to get more goals.