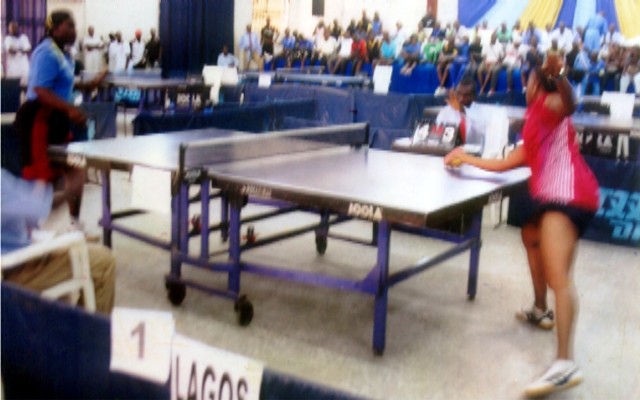 Following the dearth of professional tennis coaches in Nigeria, especially in the South-South, the Chairman of Rivers State Tennis Federation, Mr. Isaac Uzorma is organizing and sponsoring an  International Tennis Federation (ITF)· approved· Coaches Course Level One in Port Harcourt, Rivers State.
Mr. Uzorma, who is a member representing the South-South Zone, Nigeria Tennis Federation (ITF) in a statement said the coaches course will take place at the Board Room of the Tennis Section, Port Harcourt Club, Old GRA from March 1-9, 2017.
, According to him, the course is part of his contribution to the development of tennis in Nigeria, adding that this first level of the ITF coaching course will introduce the participating coaches to modern coaching methodologies, as every facet to human endeavor is technology driven.
“This is the first time such a coaching course will be held in Rivers State. I am doing this to say thank you to the South-South people for the confidence reposed in me by electing me to represent them on the Board of the ITF”, he stated.       The Nigeria Tennis Federation (ITF) member also noted that lack of qualified coaches has been a major challenge to those of them who are involved in the game of tennis.
“It is really frustrating to observe that during major tournaments you hardly  see any licensed coach from the South. It is regrettable that particularly in Rivers State, there is no ITF certified coach who can read matches and build their players technically,” Uzorma said.
He opined that time has come for all hands to be on deck to collectively uplift those who are into sports, particularly tennis, stressing that the training course which is open to all tennis coaches both in public and private sectors will be handled by an International Tennis Federation approved expert, and promises to be very rewarding and enriching session.