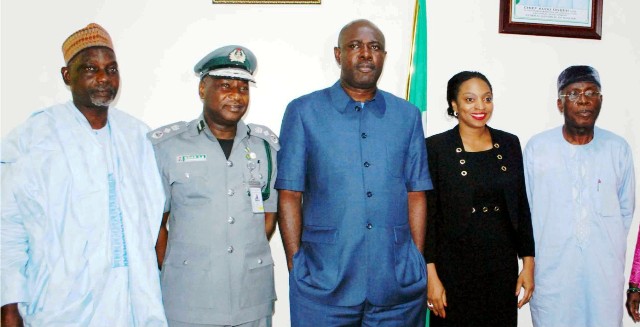 Following the desire of the Rivers State Government to lease out the state-owned Delta Rubber Company to a private concern, an agricultural engineer, Mr Muzan Umor, has hailed the idea as laudable.
Umor who stated this while speaking to The Tide in Port Harcourt on Monday, expressed the view that such a company would be better run by a private company than the state.
According to him, experience has shown that several ventures by past governments in running agricultural enterprises had failed.
Recalling the demise of such  ventures as the Rivers State-owned School-To-Land Authority, Umor added that these outfits could have survived if they were handled by private entrepreneurs.
The Tide reports that Governor Nyesom Wike during a working visit recently to the oil palm estate (SIAT) formerly known as  Risonpalm,  expressed government’s willingness to lease the Delta  Rubber Company to a private firm.
According to the governor, government was ready to support any company that is willing to receive and revive the rubber company as was done to the former Risonpalm.
The governor, during the visit, expressed satisfaction with the revitalization of Risonpalm by the Belgian firm, SIAT.
“Let me say that based on what we are shown, we say that government is impressed with what you are doing.
“I have said severally that Delta Rubber Company has been there, moribund and since you have indicated interest, it is the interest of government to really see how we can privatise it so that what you have done in Risonpalm which is here today will be replicated in Delta Rubber Cpany”, he said.
Wike assured that his administration would explore every avenue that will lead to employment generation in the state.
In his speech, the Managing Director of SIAT, Mr Felix Wubuko, said 500 persons are currently on the employment of the oil palm company. “We are a major producer of palm oil in the Nigerian palm oil industry for industrial and domestic consumption.
“Today, our  oil palm plantation is currently 16,000 hectares of which 4000 hectares are immature plantings and 12,000 hectares of mature plantings”, he said.
According to the SIAT boss, these are made up of 10,000 hectares holding at Ubima and 6,000 hectares at Elele Estates, respectively.
He added that the company’s factory processing facilities include palm oil mill that has the capacity to process 60 metric tonnes of fresh fruit bunches per hour and palm kernel crushing plant with the capacity of 60 metric tonnes per day.
The Tide reports that the former Risonpalm was leased to a Belgian Company, SIAT for a period of 35 years by former governor, Chibuike Amaechi, in 2011.