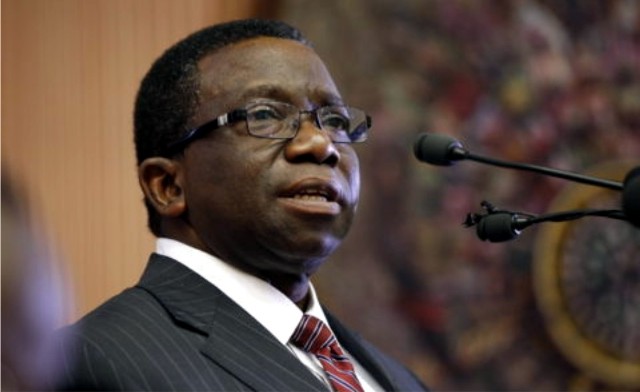 The Chief Executive Officer of the Association for Reproductive and Family Health, Prof. Oladapo Ladipo, says planned family is cardinal to managing the present economic recession and sustaining healthy society.
“Get out of poverty by planning your family, the present economic situation in the country is telling us we should not have more than certain number of children we can cater for”, he advised Nigerians in an interview.
Ladipo noted that although previously, people had many children because of the need to have people to work for them, the situation had changed due to increasing scarcity of resources.
He said they believed that the number of children they had then, some of whom they used to work on farms or elsewhere, would also determine their wealth and influence in the society.
He cautioned that such arrangement could be wrong presently for a family who had limited resources for two children and gave birth to more than those he could actually cater for.
Ladipo, therefore, called on the government at all levels to provide access to free family planning so that people would not blame giving birth to multiple children they could not train on lack of fund to access family planning services.
“There is no reason women should not have access to family planning just like the children have access to free immunisation.
“We need the government to provide free family planning for women, this is important so as to enable them have the number of children they can cater for and as well enjoy their sexual life without inhibition,” he advised.
Ladipo noted that providing a free family planning services for Nigerians would go a long way in salvaging the country future economically and socially.
He stated that the Internally Displaced Persons (IDPs) should be also included in making provision for affordable family planning, adding that the situation they found themselves had made them more vulnerable to unhealthy sex life.
Sharing similar sentiments, Dr Ejike Orji, Chairman, Local Organising Committee, 2016 Nigeria Family Planning Conference, said those in IDPs need family planning to prevent unintended pregnancy that could place additional burden on the society.
He noted that there were those who would not ordinarily want to get pregnant but who were being forced into sex in camps, insisting that advocacy on family planning should be stronger in IDP camps.
Orji appealed to Federal Government to redeem its three million dollar-pledge to boost family planning services in the country.
He noted that the government was not doing enough in term of public health information campaign which he said was responsible for the poor approach of the citizenry to family planning issues.
Orji said woman’s ability to prevent, limit or space her pregnancy through family planning information and services could reduce maternal mortality.
He stated that family planning had been universally recognised as one of the key pillars and most effective means of achieving safe motherhood.
Orji said every two years, the Federal Ministry of Health and Association for the Advancement of Family Planning used to bring together stakeholders to a national family planning conference.
He said the conference would deliberate on persisting issues, review emerging issues and chart new directions for preventing maternal deaths across the country through family planning information and services.
Similarly, the Global Family Planning (FP2020) notes that Nigeria has averted 1,450,000 unintended pregnancies and prevented 9,000 maternal deaths through the use of modern contraceptives in 2015.
The organisers of FP2020 conference, nonetheless, commend Nigeria for adding 1,628,000 modern contraceptive users since 2012.
The participants at the conference noted that the progress rate was slow due to limited access to information about family planning.
According to the organisers, only 12.5 per cent of women in Nigeria are provided with information on family planning during their most recent contact with a health service provider.
“This is an indication that Nigeria must dramatically expand family planning counseling, observing a wide difference between the rich and the poor on the access to family planning services.
“Nigeria is also committed to increase the percentage of women and couples using contraceptives by two per cent each year to reach 36 per cent by 2018.
“It also has to increase its total financial commitment for reproductive health commodities from N1.9 billion to more than N7.4 billion over four years and train more than 3,700 community health workers to deliver a full range of contraceptives,” the organisers advise.
They urge health service providers to deliver quality family planning services, improve counseling and education to increase demand for contraceptives.
In the same vein, Mr Charity Ibeawuchi, Nigerian Urban Reproductive Health Initiative (NURHI), restated that the importance of family planning could not be overemphasised.
He said in a bid to ensure unhindered access to family planning services for the urban poor, NURHI undertook advocacy initiatives primarily at the states and local governments.
He observed that the states and local governments had committed increased budgetary support for family planning while the media advocacy had been more family planning-friendly.
According to him, with the support of various community leaders, there have been active advocacy in support of family planning services, especially in the first phase of NURHI campaigns in Ibadan, Ilorin, Abuja and Kaduna.
Ogunshola writes for News Agency of Nigeria.