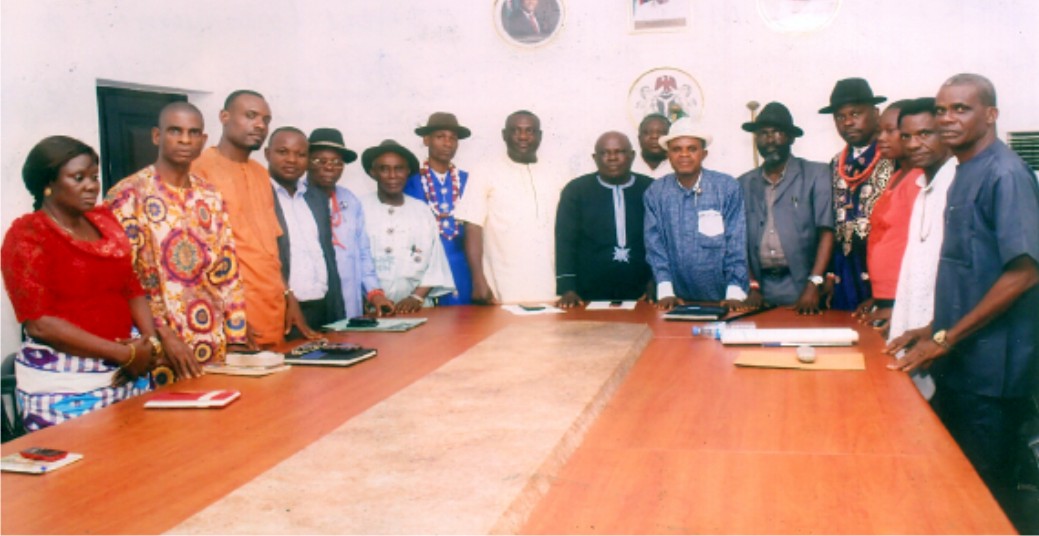 The General Manager of
Rivers State Newspaper Corporation (RSNC), publishes of The Tide newspapers, Mr Vincent Ake, has recommitted himself in the efforts of transforming the corporation to be the toast of the voice of the Niger delta and issues of common interest.
Receiving a handover note from his predecessor, Mr Valentine Ugboma, Ake was categorical that he would pursue prudent and transparent management of the corporation towards achieving the corporate goals of the organisation.
The new RSNC boss said achieving the corporate goals of the organisation depends largely on the collective responsibilities of all staff. He therefore, solicited the sincerity of purpose and hard work of workers, even as he promised to motivate hard working staff.
The new RSNC General Manager, however, thanked Valentine Ugboma for procuring four new computers, three Uninterrupted Power Supply (UPS) and 18 chairs for the Newsroom and Computer Unit of the Editorial department.
While thanking Ugboma for adding value to the management of the corporation, within the short period he administered RSNC, Ake promised to thoroughly study the handover note to guide his initiative and implementation of policies and programmes in moving the corporation forward.
Earlier, Ugboma, who doubled as Director, Business Development of the corporation was full of praises to God for giving him an opportunity to superintend over the corporation in an acting capacity.
The former Acting General Manager, recalled that the staff who were despondent, alienated disoriented and discouraged were galvanised, mobilised and motivated to excel during his one-month of administration.
He noted that his inclusive approach to management, family bond, team spirit and comradeship were re-engineered to improve productivity and viability of the corporation, pointing out that the success his administration recorded within the short period, could not have been achieved without the support, hard-work and diligence of the staff.
He solicited the cooperation of all staff to extend same support to the new General Manager for the purpose of achieving the mandate of Rivers people and the government.
Ugboma, however, advised the new general manager to give priority attention to staff welfare, training and re-training, upgrading of facilities  as well as provision of strategic working tools to drive productivity and profitability.
Ugboma also lamented the corporation’s high electricity bill by the Port Harcourt Electricity Distribution (PHED) Company, even as he was worried about the huge running and production costs of the corporation, which he said had adversely affected its viability.
He wishes the new RSNC chief executive well in his new assignment.