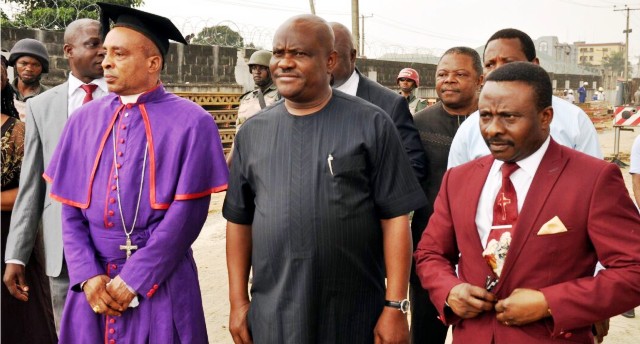 The Rivers State House of Assembly (RVHA), has approved new nominees for chairmen and members of Caretaker Committees (CTC) for 10 local government areas , even as it also okayed the re-nomination of CTC Chairmen and members for 13 LGAs in the state.
The CTC Chairmen and members were approved after yesterday’s plenary session of the State House of Assembly attended by 18 out of 31 members of the House.
New CTC Chairmen given the nod by the legislative House included Mr. Agri Ezekiel Friday (Ahoada West), Chief Allen Jonah (Andoni), Mr. Wright Warmate (ASALGA), Chief Ombo Benibo (Degema), Mrs Gloria Omereji (Emohua), Mr. Nwoziri Chukwuemeka Bishop (Ikwerre), Hon. Innocent paddy Wali (OBALGA), Mr. Wilson David Alabere (Okrika), Mrs Daisy Tamunoene (Ogu/Bolo), and Datubo Pepple (Opobo/Nkoro).
The 13 CTC Chairmen also returned were Mr. Daniel E.O. Daniel (Abua/Odual), Hon. Justice Eke (Ahoada East), Tonye Alalibo (AKULGA), Hon. Simon Hart, (Bonny); Obaribmate Ollor (Eleme), Gift Anyalebechi (Etche), Louis Alawa (Gokana), Mr. Barida Nsaanee (Khana), Barr. Osi Olisa (ONELGA), Chisom Nwaiwu (Omuma), Gbali Chisom (Oyigbo), Mr. Christian Chiolwa (PHALGA) and Mr. Bob Uelor Nkue (Tai).
Speaker of Rivers Assembly, Rt. Hon. Ikuinyi-Owaji Ibani, while conforming and re-confirming CTC nominees advised them to be proactive in discharging their statutory duties as soon as they were sworn in by Governor Nyesom Ezenwo Wike.
Ibani reiterated the Assembly’s readiness to monitor the activities of CTC Chairmen and members of various LGAs as part of the Assembly’s over sight function in the state.
The 10 new CTC Chairmen nominees were screened in accordance to the rules of the legislature while Akuku-Toru Chairman designate, Hon. Tonye Alalibo only took a bow and left the Chamber being a former member of the House.
The rest of the remaining 12 nominees, Chairmen were only asked to introduce themselves and leave the Chamber without any question, while the 10 nominees, chairmen and members were screened in accordance to the rules of the House.
Meanwhile, the Rivers State House of Assembly (RVHA) also had a business session as it gave its nod to the Board of Internal Revenue Service in the state.
The board members smiled home after a thorough screening and debates by members of the 8th Assembly in Port Harcourt, yesterday.
Revnue Board Chairman confirmed was Mr. ThankGod Adoge Nortee from Gokana LGA while Mr. Edward Mark (Ahoada West), Mr. Chibuzor Ahiorlu (Port Harcourt), and Sofiri Ezekiel-Hart (Bonny) were Okayed as Board members.
The 18-member lawmakers present at yesterday’s session of the Assembly gave their blessing to the Board designates after the screening that lasted about one hour.
Responding to questions during the screening exercise, the Board Chairman designate, Mr. Nortee promised to create a tax friendly regime, where all the tax payers would be relieved from much tax burden.
According to him, the era of Banana Republic type of taxation where people were pursued into the bush to pay tax was over.
He also pledged to deliver what he called “easy collectable taxes” that would ensure that all workers and business men and women pay their taxes without much burden on them.
According to him, statistics of recent taxes collected in the state showed that the state generated far below what it supposed to generate for the state.
The Speaker of the House, Rt. Hon. Ikuinyi-Owaji Ibani who expressed happiness with the calibre of nominees for the Board, charged them to bring their wealth of experiences to bear towards boosting revenue of the state for development.