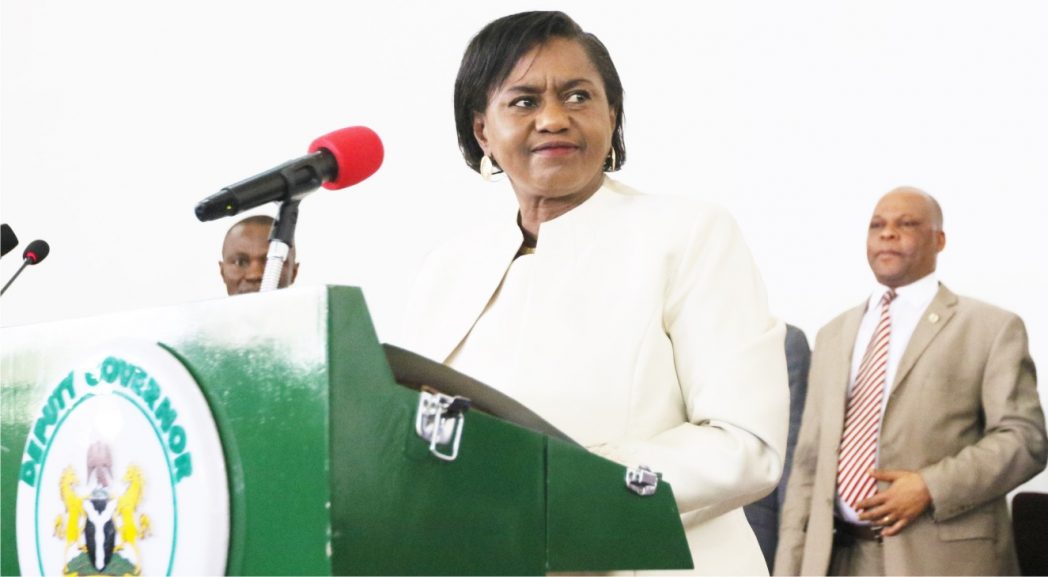 Rivers State Deputy Governor, Dr. Ipalibo Harry Banigo, has advocated regular medical checkups to reduce cases of some avoidable deaths that are presently ravaging the society.
Dr. Banigo stated this recently while speaking at a one-day Breast Cancer Awareness Initiative organised by the Office of the Deputy Governor in collaboration with Elpis Sapphire Foundation and African Health Development Initiative at Caywood Brown Foundation, Akpajo to mark this year’s World Cancer Day celebration.
Represented by Her Senior Special Assistant, General, Barr. Inegogo Fubara, Dr. Banigo revealed that some of the cancer-related deaths witnessed in society today is due to lack of awareness and early detection of the disease.
Emphasising that the wealth of any society depends largely on the health of the people, Dr. Banigo said regular medical check-ups would ensure early detection of the various ailments in the human system for proper medication.
She stated that the health of every citizen was the priority of any responsible government, contending that the present administration in the State is committed towards providing both primary and secondary healthcare services to the people.
The Deputy Governor commended Elpis Sapphire Foundation and African Health Development Initiative for partnering with her Office in creating the necessary awareness among the people on the menace of cancer in the society.
In her speech, the Representative of Elpis Sapphire Foundation, Dayo Ojo who has survived breast cancer for Six years said, her Foundation was involved in giving hope to women who have fallen victim to breast cancer.
On his part, Dr. Boma Oruamabo of the African Health Development Initiative urged the people to take positive decisions to live healthy lives by taking appropriate diets, regular exercises and adequate rest, stressing that early detection is key to surviving breast cancer.
In a statement at Government House, Port Harcourt, Dr. Banigo while reacting to reports that some persons have been claiming to be part of her Girl Child Campaign described such individuals as fake and do not have any business with the Office of the Deputy Governor whatsoever.
Dr. Banigo warned those using her name to dupe unsuspected members of the public and corporate organisations to desist forthwith in their own interest while any person approached by the fraudsters should report to law enforcement agents or call the telephone No. 08123267896.