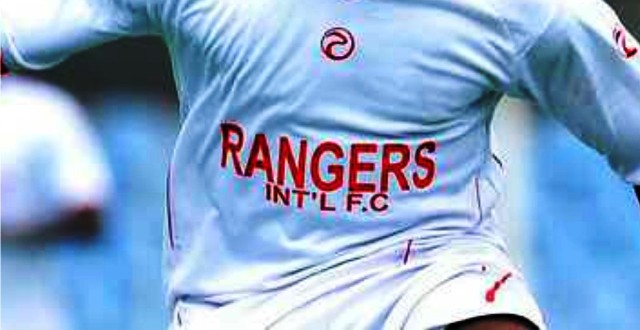 A team supporter, Charles Ugwu, has promised to give players of Rangers International Football Club N1 million for each goal scored against hosts J.S. Saoura of Algeria on Friday.
Ugwu announced the incentive yesterday  in Enugu while addressing the team’s players and officials before their departure to Algiers for the 2017 CAF Champions League first round first leg match.
The supporter, who is the traditional ruler of Igugu community in Udenu Local Government Area of Enugu State, said he expected a resounding victory for the Enugu-based Flying Antelopes.
He said such a promise was one of the ways to get the best out of the players.
“I recall that when you were in a good position to win the 2015/2016 Nigeria Professional Football League (NPFL) title, I made a similar promise and you did not disappoint.
“Though I was not around then, but I redeemed my pledge, and it is my privilege to now savour the sweetness of that victory with you.
“I am making a similar promise now. For every goal you score in Algeria, I will give N1 million,” Ugwu said.
He said while the club seemed to be presently finding it difficult in the current NPFL season, the club’s fans were still sure they would rise to the occasion in Algiers.
“You may not understand what you did for your supporters by winning the league last season. Rangers FC is much more than a club. It is a way of life for us.’’
Ugwu said Algeria was not a strange land for Christian Chukwu, who is at the head of the delegation as the team’s General Manager.
He said Chukwu, who is a former Super Eagles coach, was familiar with the terrain and would guide the team well.
“You don’t have any option than to do well in Algeria because we want to see you on top,” the club supporter said.
Ugwu said the team’s fans and supporters were galvanising support for the club, the type no clubside in the country had ever experienced.
“But I must add that the players need to play their part by doing well in matches,’’ he said.
It would be recalled that Rangers International FC will play in the CAF Champions League for the first time in 32 years.