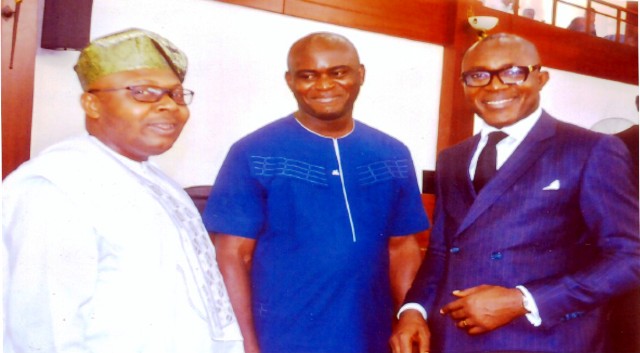 A woman activist and social crusader, Chief Adaobi Whyte, wants political leaders in the country to stop looking for scape-goats in the Niger Delta, and utilise the revenues generated from oil and gas to develop the region.
Whyte, who stated this during the inaugural meeting of “the Voice of Africa”, a social crusade organization in Port Harcourt, regretted that people such as CBN Governors and Ministers of Finance and Petroleum Resources allowed billions and trillions of Naira realized from Niger Delta oil and gas to be looted by political leaders under their watchful eyes.
“If such men and women like Soludo, Sanusi, Emefiele, Okonjo-Iweala and Oby Ezekwesili cannot see that the billions and trillions that were realized from Niger Delta oil and gas have been looted by our political leaders, and are searching for scape-goat, then we are in serious trouble”, she said.
Accusing political and religious leaders, academic and security agencies of being the major causes of the nation’s problems, Whyte, an author of many books, recalled that the Northerners used their military leadership to cause great damage to the nation’s economy in their bid to avenge the Igbos, who according to her, allegedly killed some Hausa-Fulani leaders prior to the Nigerian Civil War.
She observed that most churches have become personal property of their founders which are inherited by the families after the death of the founders, while Muslims indoctrinate their members with violence, terrorism, Purdah and Alamjiri systems instead of teaching them how to inherit the kingdom of God.
According to her, the Bible and the Qur’an were written by inspired Jews and Muslims to teach mankind about salvation, pointing out that some religious leaders were politicizing the word of God and using it for earthly and material conquest.
She argued that the situation in the country might get to a point where some Nigerians would be forced to take the leaders to the International Court at The Hague to explain what is happening to the country and its resources.