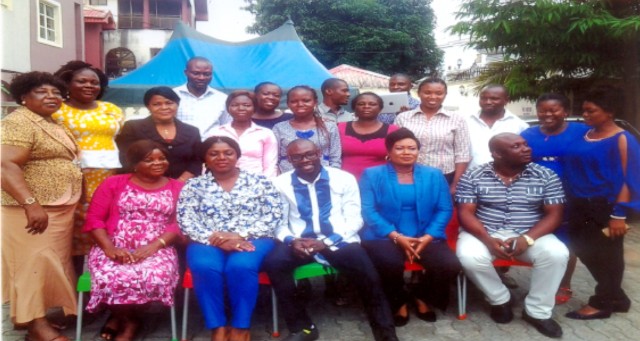 The Niger Delta Develop
ment Commission (NDDC), says it will continue to boost empowerment programmes as a means of building the capacity of youth and engaging them in meaningful economic activities.
The NDDC Managing Director, Nsima Ekere, said this during the presentation of empowerment items to women and youth at the launching of the Obi Francis Nwaoboshi Foundation (OFNF), at the Cenotaph in Asaba, Delta State.
Ekere, who was represented by the NDDC Executive Director, Projects, Engr Samuel Adjogbe, enjoined the recipients of the empowerment items to use them judiciously to improve their lives and the lives of those around them.
He said: “This is a good opportunity for the people of Delta State, particularly those from Delta North Senatorial District. I believe recipients of the different items will be able to put them to good use.”
The NDDC boss underlined the importance of youths in the socio-economic and political development of any country, assuring that the commission would continue to initiate programmes that would equip them for sustainable development.
While presenting the items, the NDDC chief executive officer charged the beneficiaries to remain focused and direct their energies to productive ventures.
The Delta State Governor, Dr. Ifeanyi Okowa, lauded the initiative of Senator Peter Nwaoboshi, stating that the foundation set up in memory of his father would not only empower the youth of the Delta North Senatorial District, but would also help cushion the effect of the current economic recession in the country.
Nwaoboshi, founder of the OFNF and the chairman of the Senate Committee on the Niger Delta, said that the programme was aimed at identifying and empowering the youth with a view to positioning them for economic independence and social stability.
The senator, who represents Delta North Senatorial District, said he was giving his people the leverage which would place them on the part of “economic regeneration and entrepreneurial capitalization.”
He said further: “On the whole, I have set out the sum of N150million to empower my senatorial district and help infuse hope where there is despair, joy where there is sadness and prosperity where there is poverty. Commencing with the sharing of 1,000 bags of rice, to the distribution of 98 motorcycles, Nine tricycle (Keke Napep), sharing of N50, 000 each to 400 people to the tune of N20million.”
Nwaoboshi remarked that the holy book enjoined people to be their brother’s keeper.
He added: “The parable of the Good Samaritan also teaches us to take care of our neighbour. As a catholic, I am conscious of the fact that this is the year of mercy and we must engage in corporal works of mercy by sharing whatever we have with others. As a politician, I am also an apostle of stomach infrastructures.”