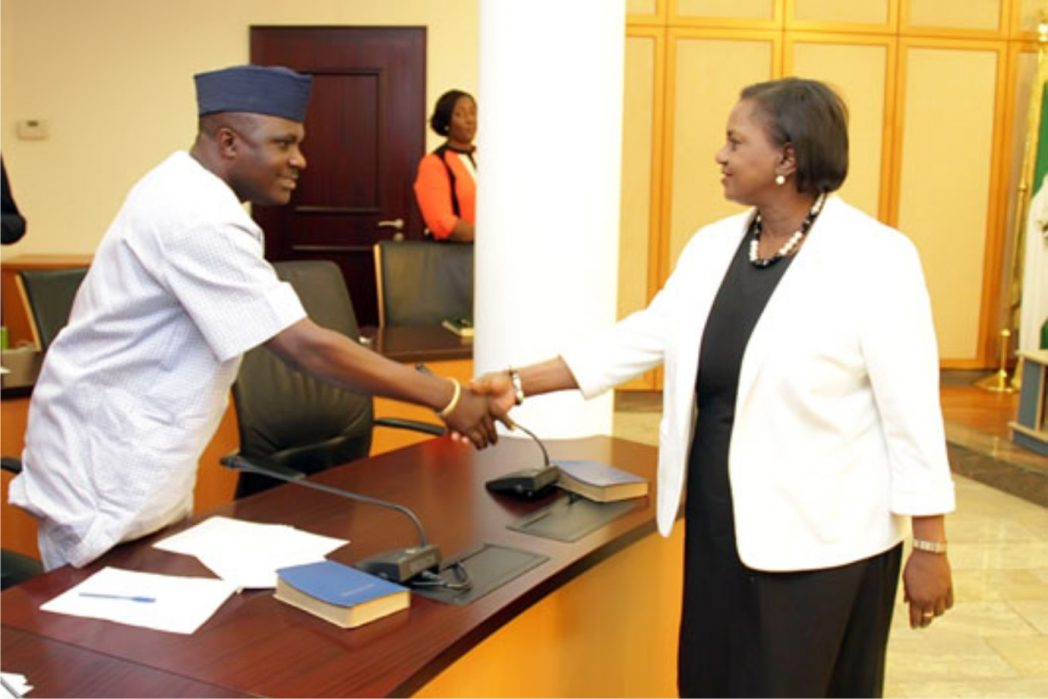 The Rivers State Governor, Chief Nyesom Wike has declared that the ruling party has deliberately threatened the foundation of democracy by its orchestrated intimidation of the judiciary through false allegations and illegal arrests.

He stated that because of the orchestrated harassment of judges by the ruling party, no judge will ever deliver judgments against the interest of the Federal Government and the ruling party.

Speaking at the Government House, Port Harcourt last Friday during a courtesy visit by the Port Harcourt Branch of the Nigeria Bar Association (NBA), Wike warned lawyers against allowing the deliberate destruction of the judiciary under any guise.

According to him, the ruling party and her officials have elevated the art of frivolous petition writing against judges as a means of subverting the course of justice.

He said: “Our democracy is in danger. Our democracy has been threatened. What is happening to the judiciary is very deep. NBA must be careful of the deep implications of what it is also doing in the course of the present attack on the judiciary.

“All these actions are geared towards silencing everybody as we head toward 2019. If anybody tells you that they are fighting corruption in the judiciary, tell the person that he is lying.

“They have empowered politicians to write frivolous petitions against judges. Whether or not the petitions are true, the judge is compelled to step aside”.

Speaking further, he said: “Any judge who delivers a judgment that is against the interest of the ruling party, is hounded down by the DSS. They have intimidated judicial officers and put fear in them in a manner that is negatively affecting governance”.

The governor cited the ongoing Ondo PDP crisis as a point of reference where frivolous petition has been used to further the interest of the ruling party and destroy the judiciary.

On the December 10, 2016 date scheduled by INEC for Rivers rerun elections, Wike said the fact that it was announced less than 24 hours after the Senate ultimatum was an indication that INEC had been lying to people that insecurity was behind the repeated postponement of the rerun elections.

He, however, said that INEC in its anti-democratic elements will adduce reasons why the election may not be conducted on the same premise of security consideration.

Earlier, the Chairman of the Port Harcourt Branch of the NBA, Mr Victor Briggs, commended Wike for his commitment to the development of the state.

The Port Harcourt NBA thanked Wike for the construction of the ultramodern law centre for the branch, and assured the government that lawyers will always support all development programmes.

However, the Rivers State, Governor, Chief Nyesom Wike, has denied having hands in the ongoing judicial scandal against the former governor of the state, now the Minister of Transportation, Chibuike Rotimi Amaechi.

It would be recalled that two Justices of the Supreme Court, Justice Sylvester Ngwuta and Justice Inyang Okoro, had accused Amaechi of prompting them to pervert justice to favour the All Progressives Congress (APC), governorship candidates, especially in Rivers and Akwa Ibom states.

In a statement last Thursday, the Chairman of the APC in Rivers State, Dr Davies Ikanya, had accused Governor Nyesom Wike of using the two Justices for political purpose to demean Amaechi.

But in a swift reaction, last Friday, Wike described the statement of his alleged involvement as scurrilous, noting that as governor, Amaechi left a shameful legacy in the state.

In a statement by the state Commissioner for Information and Communications, Dr Austin Tam-George, Wike denied the allegation by the APC, describing the act as a disgraceful plight.

Tam-George noted that the governor had refrained from making public speech on the said subject, noting the state had been justified by the accusation from the two justices.

He said: “The attention of the Rivers State Government has been drawn to yet another scurrilous statement by the Rivers State branch of the All Progressives Congress (APC). Wike has refrained from making public comments on this subject, because the people of Rivers State feel sadly vindicated by these latest scandals swirling around the Transportation Minister.

“As governor of Rivers State, Amaechi left a shameful record of waste and dysfunction. His thoughtless policies and mismanagement of public funds literally broke the economic spine of Rivers State.

“Amaechi has of course always protected his innocence. But even chieftains of his party, the APC, including serving governors, have publicly praised Amaechi for bankrolling the party’s presidential campaigns in the 2015 general elections, and for sponsoring candidates in that election.”

He, however, urged the APC to ask Amaechi to step down from office, in order to allow for a dispassionate inquiry into the serious allegations against him.

Meanwhile, the Rivers State Governor, Chief Nyesom Wike has announced the introduction of special financial intervention for the development of schools handed over to their church owners by the state government.

Addressing church leaders during an interactive session at the Government House, Port Harcourt, Wike directed the state Education Commissioner, Prof Kaniye Ebeku, and the special adviser on religious matters to liaise with the owners of mission schools to work out modalities for the intervention scheme.

He said that the state government took the decision after it discovered that most of the schools returned to their owners were in a state of disrepair.

The governor charged the church leaders to present a united front as they work towards creating the right environment for the development of the schools.

Wike also announced the establishment of an economic development fund for church members in the state.

He said: “This economic development fund will assist church members with health and business challenges to get back to their feet.

“This is like a social scheme that will assist indigent church members in these trying times. It is not meant to build churches, but an empowerment for less privileged members”.

The governor stressed that his administration will always have a human face, pointing out that the people must be shielded from the present day harsh economic recession.

He noted that the improved peace being enjoyed in the state is a function of the prayers of clerics who have supported the work being done by security agencies.

On the payment of salaries and pensions of those captured late in the biometric exercise, the governor said that Ministry of Finance has already credited the accounts of affected persons.

In his remarks, Archbishop of Niger Delta Province, Most Rev Ignatius Kattey, lauded Wike for the interactive session.

He commended the governor for setting up a vibrant State Executive Council that has worked hard to develop the state.

My Fears For Yakubu’s INEC …Of Partisanship, Bias, Untrustworthiness