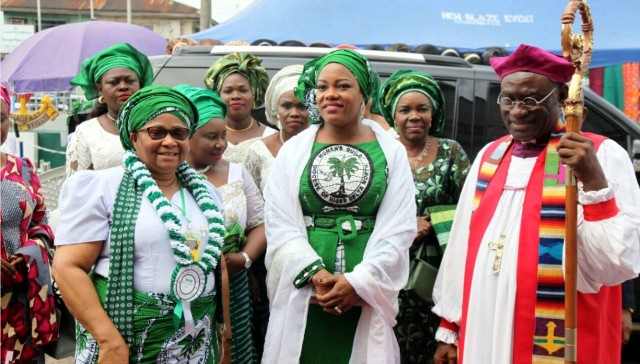 The Rivers State Government has promised to invest more in the education sector, saying it is the fastest way to empower the youths of a state.
The promise was announced in a statement by Mr Simon Nwakaudu, the Special Assistant to
Governor Nyesom Wike,yesterday in Port Harcourt.
Wike made the promise on Saturday at the 33rd and 34th combined convocation of the Ignatius Ajuri University of Education, Port Harcourt.
Represented by the Rivers State Education Commissioner, Prof. Kaniye Ebeku, the governor also said that the state government would increase funding in the next fiscal year to enable the university to overcome some of its critical challenges in infrastructure, staff development and students’ welfare.
Wike added that “the state government alone cannot meet the funding needs of its tertiary institutions; we, therefore, expect the university to explore alternative sources of funding to augment the funding gaps.
“This is because investment in the education sector has led to sustained improvement in learning and infrastructure across the state.”
Wike commended the management of the university for working to secure accreditation of its courses and improving critical infrastructure.
The governor said “besides achieving full accreditation for all programmes of the university with
National Universities Commission, (NUC) the present management had ensured industrial harmony and
delivered key infrastructure projects among several other achievements.
“We are quite happy with the developmental strides and ongoing improvements in the university. The management has lived up to the expectations of stakeholders, including the staff and students.”
He urged the fresh graduates to put the knowledge gained in the course of their academic pursuit to good use.
“Remember that things usually have a way of working out for those who strive. You must take your destiny in your hands and become the architects of your future by finding your ways into viable ventures and career paths in the public and private spheres or in self-employment”, he advised.
The Vice Chancellor of the university, Prof. Joseph Kinanee, commended the governor for the increased funding to the university, which he said, had led to the development of required educational infrastructure.
He said that those infrastructure helped the university in getting full accreditation for all its academic programmes.
A total of 3,334 graduands received various degrees, diplomas and certificates at the combined convocation.
Meanwhile, the Rivers State Government is to inaugurate an Immunization Task Force to ensure the regular immunization of children in the state against polio.
The state Governor, Chief Nyesom Wike, stated this at the weekend while declaring open the 11th Edition of West Africa Project Fair of Rotary International at Hotel Presidential, Port Harcourt.
The governor, who was represented by his Deputy, Dr Ipalibo Harry Banigo, said the task force, when inaugurated, would be saddled with the responsibility of ensuring that children within the age bracket of zero-one to five years are given effective and adequate vaccination against polio.
He described the humanitarian activities of Rotary as laudable as they are geared towards alleviating the health challenges of the vulnerable groups in the society.
Wike said that the hosting of the 11th West Africa Project Fair of Rotary International in Port Harcourt is a testimony that Rivers State was safe for all kinds of international, regional and national conferences, stressing that the state government was ensuring the security and sanitation of the state to attract global investment.
The state chief executive expressed the willingness of the state government to support the activities of Rotary International towards the elimination of polio in the state, and announced a donation of N10million in support of the Rotary Foundation.

Judges’ Raid, DSS, Amaechi …What To Do, If I Were Buhari