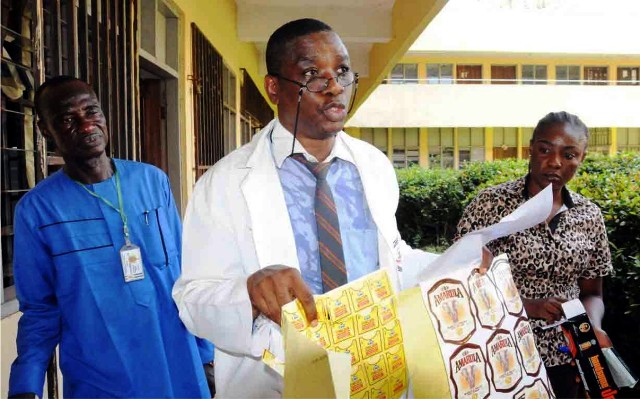 In the face of the soaring price
of Abakaliki rice, which was hitherto the saving grace for the poor, Ebonyi State residents may have devised another means of survival.
Investigations show that a bushel of Abakaliki rice that used to be sold at N3,600 now goes for N10, 700, a situation that has left the people of the state with no other option than to seek alternative means of survival, hence the timely intervention of cassava.
Cassava, a major staple food in Nigeria and widely consumed daily by more than 100 million people in the country, comes in different species; the white, purple, and yellow species, among others.
But the most common is the white one. However, the yellow type, which is very scarce unlike the white, contains vitamin A.
As part of efforts to re-introduce the cultivation of cassava as credible alternative to the rising price of rice and other food stuffs, the member representing Ohaozara/Ivo/Onicha Federal Constituency known as Ohanivo, Mr Linus Okorie recently mobilized over 3,000 farmers across the constituency on a three-day enlightenment and empowerment campaign on the importance of Vitamin A fortified cassava and maize.
Addressing the farmers at Ishiagu, the headquarters of Ivo Local Government Area of Ebonyi State, the programme’s technical partner and Country Manager of HarvestPlus in Nigeria, Dr. Paul Ilona, told the rural farmers that though the cassava stems he brought came from Oyo State, after the programme, the cassava stems would henceforth be sourced from Ebonyi State.
“The organiser of this programme wants us to live well. Vitamin A is crucial to our living. The important thing is to eat nutritional food,” he explained.
He also disclosed the uses of the Vitamin A cassava in making chips, biscuits, bread, flour, foo foo, tea, among others, adding that the use of crude implements for farming would soon be over in Ebonyi State as they would be replaced with mechanical tools.
“A farmer is a businessman and should be conscious of that,” he said.
Ilona also taught them basic techniques of farming and planting the cassava for bumper harvest, such as spaces to give while planting, how to sow the stems and maintain it till maturity and encouraged them to embrace business farming since every farm crop has value-added bye products, whether in cassava, maize, rice or palm produce.
Earlier in his address, the initiator of the programme, Hon. Okorie, said that most Nigerians did not get enough micronutrients, such as vitamin A, zinc and iron required to lead healthy productive lives from the foods they eat, noting that micronutrient deficiencies could lower IQ, which could cause stunting and blindness in children, lower resistance to disease in both children and adults and increase risks for both mothers and infants during childbirth.
“It is estimated that about one million of the three million child deaths that occur each year as a result of under nutrition are due to hidden hunger. Biofortified crops, which have been bred to have higher amounts of micronutrients, can help provide these needed vitamins and minerals. They can be effective in reducing hidden hunger, as part of a strategy that includes dietary diversification, supplementation, and commercial fortification, among others.
“The white cassava that we have is not very nutritious and research has discovered that it is best to fortify basic crops that are consumed every day, such as cassava, maize, potato and yam. So, instead of buying Vitamin A for eyes, for growth, for healthy living, why don’t you put it in the crops and they are working with IITA, Roots Crops Research Institute, Umudike, and coordinated with HarvestPlus International. First are cassava and maize; others are coming,” he said.