Ijaw leaders on Monday reiterated their call on Federal Government to completely jettison its military option towards addressing the Niger Delta crisis, saying the move would not yield the desired positive result.
This was the central message of the goodwill speeches delivered at the first memorial lecture held in honour of the late former Governor of Bayelsa State, Chief Diepreye Alamieyeseigha at his hometown, Amassoma, in Southern Ijaw Local Government Area of the state.
Addressing a large crowd of supporters of the departed Ijaw hero, Governor Seriake Dickson urged the Federal Government to intensify its efforts at developing the Niger Delta by tackling peculiar needs of the people, especially in the areas of infrastructure, healthcare delivery and education.
Represented by his Deputy, Rear Admiral Gboribiogha John Jonah (rtd), the governor, who described late Alamieyeseigha as a bridge builder and passionate crusader of Ijaw national interest, challenged Ijaw sons and daughters to see his departure as a rallying point to forge a united front to demand for equity and fairness.
He acknowledged some of the achievements of the late former governor, including the establishment of the Niger Delta University, Amassoma, which he noted, has contributed in no small measure towards boosting the growth of education and human capacity development in the state.
Dickson expressed gratitude to all, who attended the event from within and outside the state, the chiefs and people of Amassoma, and particularly the Southern Ijaw Local Government Council for its offer to backroll the Alamieyeseigha memorial activities next year.
Other speakers, including the President of the Ijaw Youth Council Worldwide, Comrade Udengs Eradiri, elderstatesman and politician, Chief Thompson Okorotie, Chairman of Southern Ijaw Council Area, Mr Joshua McCaiver, and an opinion leader in Amassoma Community, Mr Eric Avi, all stressed the need for the Federal Government to attach seriousness to the ongoing calls for dialogue.
Eradiri specifically urged President Muhammadu Buhari to emulate his predecessors, such as Alhaji Umaru Yar’Adua and Chief Olusegun Obasanjo by being part of the dialogue table, rather than mandate proxies to negotiate with the people of the Niger Delta.
The IYC president also re-echoed his call on the Federal Government to stop forthwith, what he described as unwarranted attack and harassment of the immediate past first family of the country, noting that, the ongoing selective media trial of wife of the former president, Dame Patience Jonathan, masterminded by the Economic and Financial Crimes Commission (EFCC) shows disrespect for the Ijaw nation.
Reviewing a book titled, “Alamieyeseigha: The Man, The Legend”, Chief Willie Bozimo described the former Bayelsa governor as the second freedom fighter of the region, who showed rare courage in championing the Niger Delta cause, which was vehemently opposed by an oppressive group he calls the Wazobia conspirators.
According to Bozimo, the 20-chapter book written by Gesikeme Akprakasa, in a conversational style, contains the documented memoirs and interviews of the late Amassoma-born hero.
In their separate remarks, Okorotie and Avi described Alamieyeseigha as a lover of peace and recounted the intermediatory role he played, which helped to resolve the Ijaw/Itsekiri, OPC/Ijaw and Arogbo/Ilaje crises.
On his part, the Chairman of Southern Ijaw Local Government Council, Mr Joshua McCaiver noted that, the continued militarisation of the Niger Delta would only worsen the already existing disconnect between the Federal Government and the region, even as he identified total restructuring of the country as veritable solution to the myriad of problems confronting the nation. 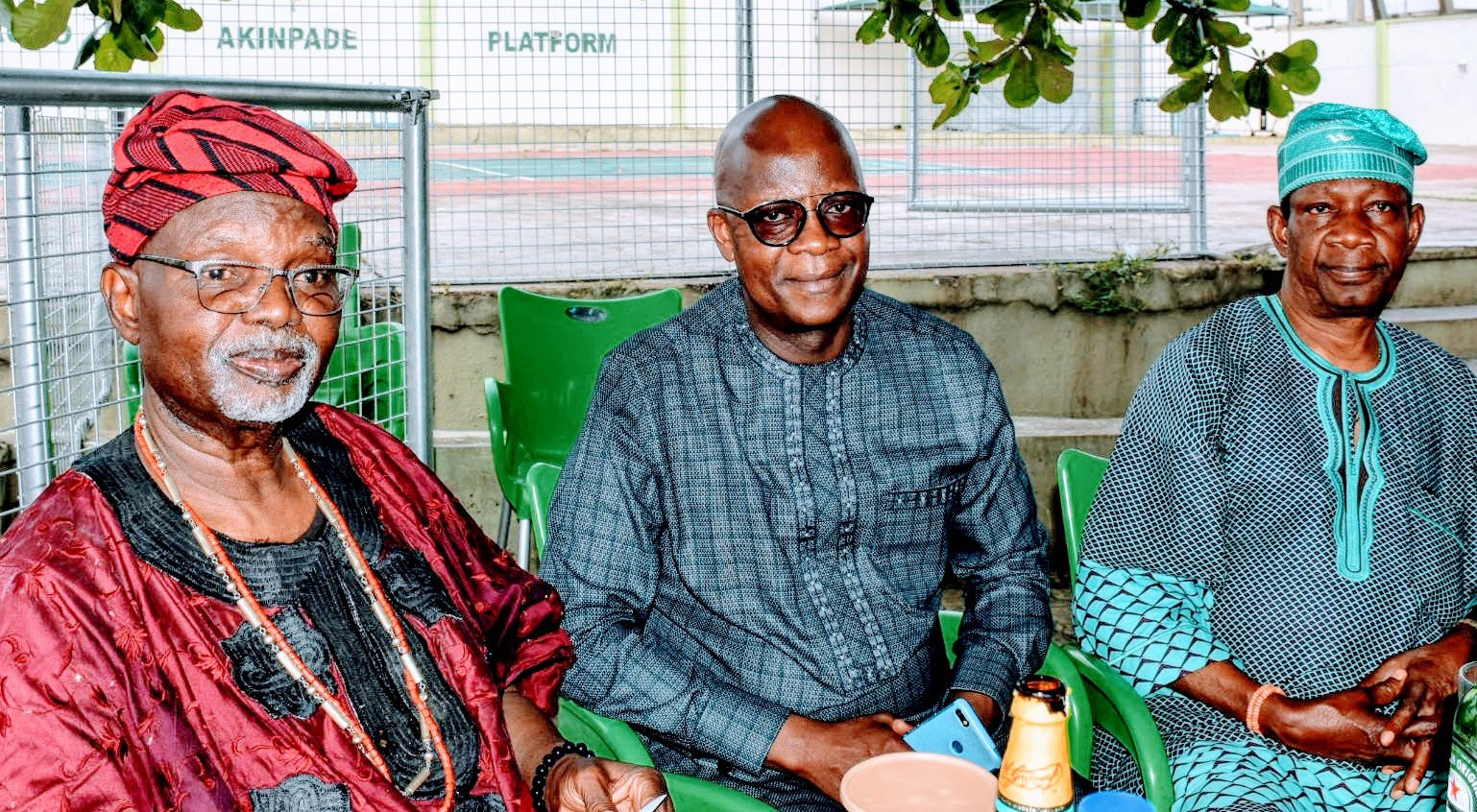 The United States Department of State’s Bureau of International Narcotics and Law Enforcement Affairs (INL) has announced approximately $6.8million in contributions to the United Nations Office for Drugs and Crime (UNODC) for projects in Nigeria to combat trafficking in persons.
The INL donation would fund UNODC to train the Nigeria Correctional Service in Borno, Gombe, and Adamawa states.
The funds would also support UNODC’s Middle Belt Investigations project by ensuring local police investigators in the states of Kaduna, Plateau, Benue, and Nasarawa have the training and resources to respond more effectively to incidents of criminality, kidnapping, and conflict.
The project also aims to improve the capacity of local courts and prosecutors by increasing transparency and adherence to due process for cases related to the activities of Boko Haram and ISIS-West Africa.
The United States values its relationship with Nigeria and, through our partnership with the UNODC, provides support to its work combatting drugs, crime, and corruption, and building the capacity of the Nigerian National Agency for the Prohibition of Trafficking in Persons (NAPTIP).
INL funds were made possible through appropriations made by Congress to the U.S. Department of State to support efforts in the fight against organized crime and drug trafficking worldwide.

Police Nab Nigerian With 550grams Of Mephedrone In India

Nigerian national, UcheIhuarulam, 31, has been arrested in Mumbai,India with 550grams of mephedrone, worth Rs 55 lakh.
The drugs were seized from him by the Anti-Narcotics Cell (ANC).
The Worli unit of ANC was said to have received a tip-off about a Nigerian coming to deliver mephedrone at Sewri-Wadala road on Sunday evening.
Accordingly, the unit laid a trap and detained Ihuarulam.
“On conducting a search, we found 550gm of mephedrone on him and arrested him,” the officer said.
The Indian Express quoted the officer as saying that during his interrogation, they found that Ihuarulam had been staying in India for the last three years, and is part of a gang of Nigerian nationals that supplied drugs to the city.
The officer alleged that in the last few months, there have been several cases of narcotics, especially mephedrone, being smuggled into Mumbai by gangs of Nigerian nationals residing in Navi Mumbai and Vasai-Virar.
“We are keeping an eye on these gangs that supply narcotics to the city.”

The delay in the recruitment of more police officers was caused by the clash of interests between the Police Service Commission (PSC) and the police hierarchy over the appropriate body to conduct the exercise.
The Inspector General of Police, Alkali Baba, who disclosed this yesterday in Minna, the Niger State capital, added that 20,000 more personnel would be recruited into the Force by next year.
He, however, disclosed that the dispute had been resolved, adding that the recruitment of 10,000 personnel for the Force will commence soon.
The IGP further explained that “between now and year 2022, about 20,000 personnel will be engaged by the Force to boost its manpower.”
Baba while addressing officers and men of the Niger state police command at the police headquarters in Minna said, “Our problem with the Police Service Commission on who recruits is over, the recruitment which we started in 2020, will be completed soon and by the year 2022, 20,000 men would have been added to the force.”
He also disclosed that training and retraining of officers and men of the force will now be given top priority, adding that the police colleges across the country while trainees in the colleges will now eat and sleep there.
The IGP, who said he is a member of a national committee looking into the accommodation of policemen, said they have decided that about 1,500 houses would be provided for the police between now and 2022.
“There will be a change, we will give you uniforms which you are not getting before, officers will buy uniforms, and rank and file will also get shoes and berets”
Baba urged his officers to be very prayerful for all the plans to materialism, adding that “the police force has too many enemies, if you are regulating human conduct people will not like you therefore you must pray for the job”.
Earlier during a courtesy visit to the Niger State Governor, Alhaji Abubakar Sani Bello, the IGP admonished parents to encourage their children to join the Nigeria Police Force, saying the organization was a honourable one.
He urged state governors to take leadership roles in community policing, noting that it was for young men and women.
Bello, who was represented by his Deputy, Ahmed Ketso, acknowledged the role played by the police in crime prevention and curbing of banditry and kidnapping in the state.
He promised to always support all the security agencies in the state to enable them perform their constitutional roles to the optimum.