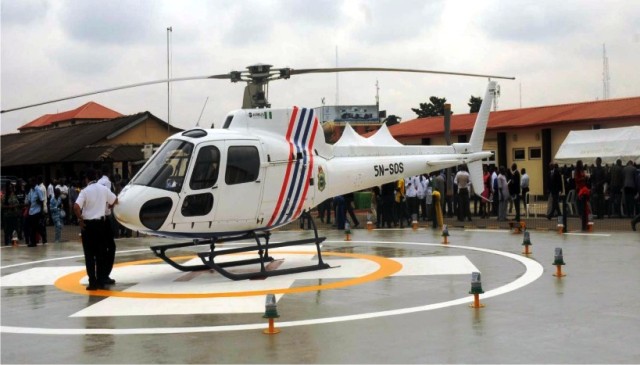 The Ijaw Youth Congress
(IYC) has declared it support for the concessioning of the airports in Nigeria, especially the four major airports, as allegedly being planned by the Federal Government.
The group said that such concessioning arrangement should be such that the host community or tribe should be the people that the airport should be concessioned to without any bias.
Making this known while speaking to airport correspondents at the Port Harcourt International Airport, Omagwa, Tuesday on his way to Abuja, the IYC President Worldwide, Udengs Eradiri, said it will be wrong for airport in Port Harcourt which is in Ikwerre land be concessioned to a business man from the northern part of the country, like wise other airports.
Eradiri, who was visibly unhappy with the way things are going on in the country particularly with the sharing of assets and resources of the nation, explained that some groups of people are benefiting more while some sections of the country are being cheated.
According to him, time has come when things, would be done properly, so as to create a balance in order to avoid suspicion even at this modern age and to avoid agitation.
The IYC President urged the present administration at the centre to always listen to those with creative ideas that will turn the economy of the nation around, irrespective of the political party of affiliation.
Apart from the airports, the IYC boss posited that it will be wrong for the Federal Government to sell its viable assets like the NLNG among others, which he said is being held in trust by the government for the people.
He said that the Federal Government should give back the land to the owners it hold in trust for the people, under the land use act, if government is no longer ready to do business in the land, adding that any individual that buys that assets from the Federal government, will be on his/her own, as the host countries will resist such.
Now that the Federal Government said that they are no longer interested in managing the assets they hold in trust for the people through land use act, it is only natural for them to return the land to the owners.
“It you are selling the asset, the natives and the original land owners should be contacted to buy the asset, otherwise, any other person that brings it is on his or her own.
There are good business men in Ikwerre, Okrika, Eleme, and Bonny among others who can manage the airport, NLNG and the refinery, in case of concessioning of these assets,” Eradiri said.
On the issue of leadership of the IYC, Eradiri explained that there is only one President of the body, which office he is occupying, and pointed out that there is a group that wants to cause disaffection in the body, but that they are not succeeding.
He said that the matter is already in court, where the other group being charged as imposters have refused to appear in court, adding that he is still incharge of IYC.