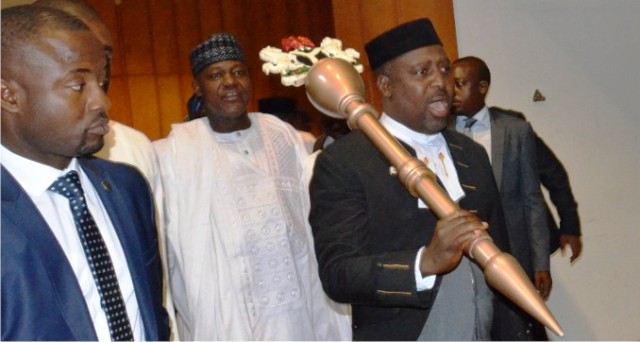 The Jigawa State Government says it will immunise over
1.7 million children against polio in the ongoing immunisation campaign in the state.
Executive Secretary of the state Primary Health Care Development Agency (PHDCA), Dr Kabiru Ibrahim, disclosed this to newsmen in Dutse.
Ibrahim said that enough personnel had been engaged to conduct the exercise simultaneously across the 27 local government areas of the state.
The executive secretary commended traditional and religious leaders and other stakeholders in the state for their support and cooperation for the smooth conduct of the exercise, so far.

The Kaduna State Electricity Company says it has com
menced customer enumeration using Geographic Information System in four states under its franchise.
This is contained in a statement issued by the Head, Corporate Communication of the company, Abdulazeez Abdullahi and made available to newsmen in Kaduna.
The statement said that the exercise would be conducted across the company’s franchise states of Kaduna, Sokoto, Kebbi and Zamfara.
It said that the exercise had commenced in Kaduna State, using NYSC members.
The statement explained that the exercise would capture the data of existing customers, prospective ones, identify undeveloped and developed properties, as well as vacant houses.
Kano

Senator Shehu Sani (Kaduna Central), has called on ca
dets at the Nigeria Police Academy,Wudil, Kano State, to change the current perception of the society about the Nigeria police.
Sani made the call while addressing Kaduna State cadets currently undergoing training at the Academy.
“As cadets you have the duty to change the perception of the society about the Nigeria police as time has passed when the police was for those who could not make it academically,” he said.
Sani, who, is the Chairman, Senate Committee on Foreign and Local Debts, also urged the cadets to avoid corrupt practices and any act capable of denting the image of the Force.

The Kebbi State Government has procured firefighting
equipment worth N35million to effectively tackle fire outbreak in the state.
The State Director, of Fire Service, Alhaji Bello Zagga, disclosed this to newsmen in Birnin Kebbi.
He said the equipment would be distributed to the department’s outfits located in the 21 local government areas of the state.
“The equipment include fire extinguishers, safety jackets, fume and other relevant materials”, he said.
Zagga said the department had this year repaired four fire fighting vehicles and trained 30 officers on rapid response to emergency situations.
Kogi

A Kogi-based lawyer, Daniel Makolo, has called on Presi
dent Muhammadu Buhari to appoint a Kogi indigene to replace the Minister of State for Labour, late James Ocholi
Makolo made the call at a press conference in Lokoja in Lokoja.
He said that for almost seven months, Kogi had been denied representation in the Federal Executive Council meetings, adding that there was a dire need for the representation.
According to him, the meeting has the primary purpose of promoting good governance and welfare of all persons in the country on the principles of freedom, equality and justice and for the purpose of consolidating the unity of the people.
Lagos

The Nigerian Ports Authority (NPA) is to ensure that
there is steady electricity supply at the terminals to facilitate trade, the Executive Director, Finance, Mr Mohammed Bello-Koko has said.
Bello-Koko told newsmen in Lagos that power supply to port facilities was important.
He said that several grey areas of concern to stakeholders would be improved upon with constant power supply to facilities.
“We are looking at a 24-hour cargo clearing time frame as template to drive others. “If we can get the energy stabilised, things like cargo examination can take place, even in the evening.
“With power supply, several repair and maintenance services of equipment that tends to delay operations in terminals can be carried out in the night,’’ Bello-Koko said.

The Federal University, Lafia, has terminated the appoint
ment of 35 of its non-teaching staff over the inability of the institution to pay their salaries.
Vice Chancellor of the university,Prof. Mohammed Sanusi-Liman, told newsmen in Lafia that the council took the decision due to paucity of funds.
Sanusi-Liman explained that the affected staff, who were employed by the institution earlier in the year, comprised 11 corps members who were retained after their service year and 24 others.
Niger

Governor Abiola Ajimobi of Oyo State has received the
report of the State Committee on Participatory Management of Schools, saying the recommendations would form the fulcrum of the state’s new education policy.
According to him, countries that were developing were those who used education and technology to drive development, adding that they embraced discipline, rule of law and basic tenets of a modern society.
Our correspondent reports that the 31-man committee inaugurated on July 12 was headed by Prof Adeniyi Gbadegesin, the Vice Chancellor, Ladoke Akintola University of Technology (LAUTECH), Ogbomoso.
The committee was to review the status and standard of education in the state as well as recommend suitable and plausible options to government and other relevant means of emhancing the overall standard of education in the state.
Sokoto

Senator Aliyu Wamakko has challenged journalists in
the country to strive to foster unity amongst the nation’s heterogeneous society.
“You should work to foster sustainable, peace, unity and even socio-economic prosperity in the country”, Wamakko told newsmen in Sokoto.
Wamakko said that journalists as watchdogs should routinely educate the people on the realities on the ground.
He enjoined them to be objective, factual and adhere to the ethics of the profession, adding that this should be done devoid of any intimidation, blackmail or distortion of facts.
Wamakko, who represents Sokoto Central, further called on the journalists to always work professionally by reporting the facts in order to maintain the respect known in the field.
Taraba

Governor Darius Ishaku of Taraba State has  ap
pointed Senator Jeremiah Useni as the Chancellor of Taraba University, Jalingo.
This is contained in a statement signed by the Governor’s Chief Press Secretary, Hassan Mijinyawa, and made available to newsmen in Jalingo.
According to the statement, the appointment is with immediate effect.
Our correspondent reports that Useni is a serving Senator of the Federal Republic of Nigeria, from Plateau State.
He is a retired Army General and also a former Minister of the Federal Capital Territory , Abuja.