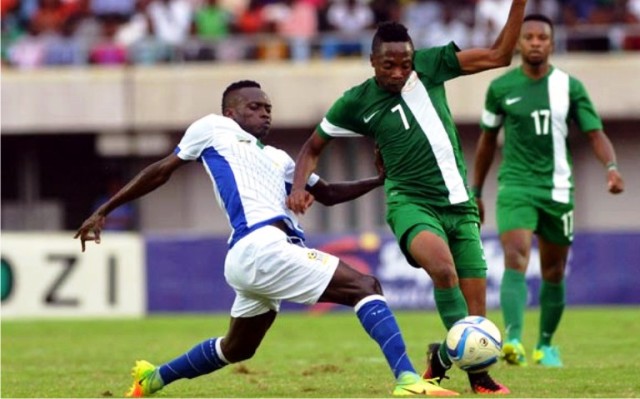 Chief Executive Officer of
a private initiative, Nigeria Olympic Fund, Olajide Fashikun has said that the organisation will raise N10 billion in four years to develop young talents.
Fashikun disclosed this recently in Abuja, during a courtesy visit to the Managing-Director of the News Agency of Nigeria (NAN), Mr Bayo Onanuga.
Fashikun, an ex-international, said that the project initiated seven years ago by 11outstanding individuals from the sports world was aimed at raising the standard of sports in the country.
He said that 16 million Nigerians were expected to identify with the initiative by committing a token of N100 through lottery.
“We are trying to bring 16 million Nigerians to identify with this project and each of them upon signing off will have to choose one of 10 Olympic icons.
“These 16 million Nigerians are expected to commit N100 to that Olympic Icon and we are also going to use the lottery as a process of raising funds.
“At the end of the day, our target is, we can raise about N10 billion between now and the next four years, which we shall deploy in raising new, young athletes.”
Fashikun said that the group would deploy N35 million of the funds to prepare 90 athletes from five different sports for the Olympic Games in Tokyo.
“As for Tokyo 2020 Olympics, we are going to take 90 athletes from five different sports.
“Each of these athletes, we are going to invest N35 million on them to prepare between now and Tokyo.
“We are already late in terms of preparations for Tokyo because you need six years, so we are already two years late.”
“But despite that, we are going to go ahead and work in a planned manner for the remaining four years that we have.
“Such that we want to get to Tokyo and bring back to this country no matter the colour of medals, but we want to surpass the total number of medals Nigeria has ever had in Olympics.’’
He said that the initiative was a creation of the Nigeria Olympic Committee (NOC) and the Nigeria Sports Development Fund Incorporated (NSDFI).
He said that interested Nigerians who wish to participate in the initiative could visit the group’s website onwww.nigeriaolympicfund.com
In his response, Onanuga, appreciated the efforts of the group in sports development.
“Government generally should be disengaged from funding sports.
“It should be a private affair also getting support from other Nigerians, we will succeed in sports.
“We need to also create the right atmosphere for talents to develop themselves,’’ he said.