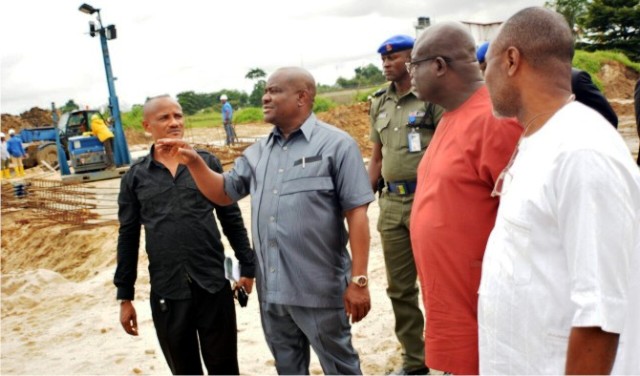 The Peoples Democratic
Party (PDP) has called on President Muhammadu Buhari to direct security agencies to provide full security for the governorship election in Edo State which has now been shifted to September 28, 2016.
This is contained in a statement signed by the party’s National Publicity Secretary, Mr Dayo Adeyeye, on Wednesday in Abuja.
Adeyeye said that PDP’s attention was drawn to a “shocking breaking news’’ of the advice by the police to the Independent National Electoral Commission (INEC) to postpone the election.
The Police and the Department of State Services (DSS) had earlier on Wednesday urged INEC to postpone the Edo State election earlier scheduled for tomorrow, citing security threat.
Police spokesman, Mr Don Awunah, a Deputy Commissioner of Police, made the call at a joint news conference with his counterpart of the DSS in Abuja.
He said that credible intelligence available to the agencies indicated plans by insurgent and extremist elements to attack vulnerable communities and soft targets in the country.
Awunah said that Edo was among the states being earmarked for the planned attacks by the extremists between Sept. 12 and Sept.13.
He said that while election was important, security agencies could not allow the peace of the country to be disrupted.
But Adeyeye said that the PDP was taken aback on the security advice coming a day after Buhari was present at the “mega rally of the All Progressives Congress (APC) in Benin’’.
According to him, the APC mega rally was concluded without any hitch.
“It is on record that INEC recently conducted a ‘hitch free’ senatorial bye-election in Borno State which is a high-point of insurgency in the country but the security agencies saw no reason to call off the election.
“It is therefore lamentable to hear from these same security agencies that the election cannot hold in a state where the president and all the APC leaders and members had an uninterrupted rally.
“we are calling on the president to caution the security agencies and direct them to provide full security and also to desist from doing anything that will jeopardize this forthcoming gubernatorial election in Edo.
“We are equally counting on INEC not to succumb to this false alarm by acting independently and holding election as scheduled,’’ Adeyeye said.
He added that the PDP hoped that the advice from the security agencies was not in concert with the APC “having seen the indices of losing the state election to the PDP”.
“Finally, the PDP leadership led by Senator Ahmed Makarfi, calls on our members, teeming supporters, other Edo voters and the international community to remain law-abiding,’’ Adeyeye said.
It would be recalled that the APC Deputy National Chairman (South), Mr Segun Oni, had said that the party would wait for INEC’s decision on the call for postponement of the election before making any pronouncement.
“When INEC talks, then we will react.
“INEC is the final authority on this matter. It is like an exam where a student cannot decide what he will score; so let us be patient,’’ Oni said in Abuja.

Musings On The Nigerian Polity