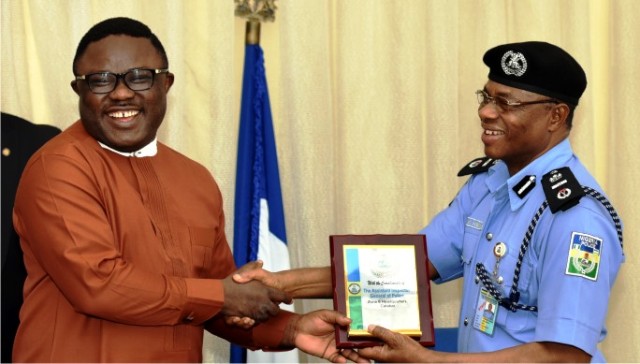 Bayelsa State Governor
Hon. Seriake Dickson said he appreciated the efforts of the Nigerian Air Force for making strategic investments aimed at improving the welfare and professionalism of its personnel.
Governor Dickson stated this while commissioning eight projects that were executed by the Air Force at the Mobility Command, in the state.
The projects were 235 Base Service Wing Complex, Medical Centre, Provost Squadron, Officers’ quarters, Joint Airmen Mess, CAWO/RSM residential complex, Airmen quarters and Commander’s residence.
Governor Dickson who expressed surprise at the level of achievements the command had recorded within a short period of its establishment called on all tiers of the government, including the National Assembly to continue to support the nation’s security agencies to effectively discharge their duties.
He reiterated the state government’s preparedness to partner with the Nigerian Air Force in the area of establishing educational facilities and other critical infrastructure, and assured that the government would provide additional land for that purpose.
In his remarks, the Chief of the Air Staff, Air Marshall Sadiq Abubakar said, the projects were embarked upon to enhance the welfare and professional competence of its personnel.
According to him, the ultimate aim is to build a self-sustaining base to meet the residential, social and administrative needs of its personnel, through prudent use of scarce resources.
Air Marshall Abubakar, who expressed determination to collaborate with other security agencies to combat the security challenges facing the country, said plans were underway to provide a Cancer Screening Centre in some states, including Bayelsa.
Also speaking, the Special Guest of honour, Air Vice Marshal Larry Koinyan (Retd), lauded the current leadership of the Nigeria Air Force for its resourcefulness at enhancing the welfare and professionalism of its personnel, in spite of the funding constraints.
While stressing the need for the armed forces to intensify efforts at safeguarding the territorial integrity of the nation, AVM Koinyan tasked them on discipline and loyalty to the government of the day, irrespective of ethno-religious differences.