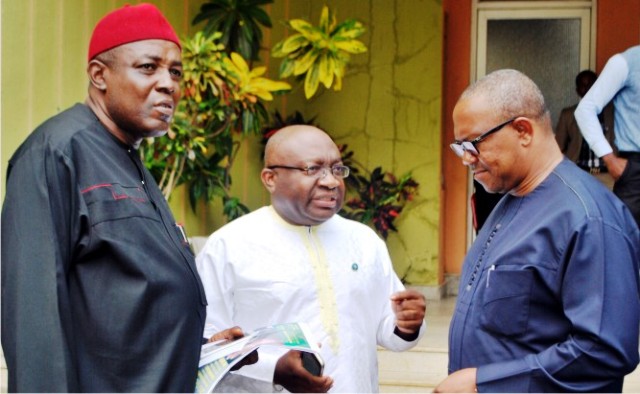 The National Broadcasting Commission (NBC) will to
day hold its 2016 Second Anniversary Annual Lecture at Transcorp Hilton Hotel in Abuja.
The Director-General of the commission, Malam Is’haq Modibbo Kawu, made this known to newsmen in a statement in Abuja.
According to Kawu, the theme for this year’s edition of the lecture series is; “ Broadcasting, Democracy and the Challenge of the New Nigeria’’.
He said that the lecture would be delivered by  immediate past Chairman of the Independent National Electoral Commission (INEC), Prof.Attahiru Jega .

The Miyetti Allah Cattle Breeders Association, has
urged herdsmen in the country to enrol their children in school, especially the girl-child, to acquire necessary knowledge and skills that would guide their lives.
Assistant National Secretary of the association Dr Ibrahim Abdullahi,  made the call in an interview with newsnen in Gombe.
According to him, it is very important for the herdsmen to key into various government policies, including the nomadic education programme, which offers them unfettered access to education.
He expressed dismay at the response of the Fulanis to western education, saying that it was important to key in so as to tap its full potentials.

Parents have been advised to monitor the movement of
their children especially during holidays.
The head of National Drug Law Enforcement Agency (NDLEA), in Jigawa, Alhaji Abdu Abdul, gave the advice during interview with newsmen in Dutse.
Abdul said the montoring would enable parents to know the kind of company kept by their children to prevent the children from being involved in drug- related crimes.
He identified the absence of counseling or limited guidance from parents as one of the major causes of drug misuse among youths.
“There is the need for parents to be more concerned with the affairs of their children and help them make good friends in school and at home.
Kaduna

Governor Nasir El-Rufa‘i of Kaduna State has inaugu
rated a library and research centre of the state’s Ministry of Budget and Planning named after Abidu Yazid.
El-Rufai explained at the inauguration in Kaduna that Yazid was honoured for his sacrifices and contributions to the development of the state throughout his public service.
He disclosed that Yazid., a development economist, was responsible for drawing up the first development plan of the then North Central State in 1970.
He added that Yazid was also part of the special Federal Government‘s Planning Team that produced the Reconstruction Development Plan for the liberated defunct East Central State, immediately after the cessation of the Nigerian civil war.
Katsina

Former Governor of Katsina State, Alhaji Ibrahim Shema
and his counsel, have shunned the sitting of the State Commission of Inquiry set up to investigate missing funds during his administration.
Our correspondent reports that counsel to other top government officials during Shema’s administration were also absent at the sitting.
In his remarks, the Chairman of the commission, Justice Surajo Muhammed, assured that the commission would be free and fair in the discharge of its duties.
“This commission will discharge its duties without fear or favour; we shall provide a level- playing ground for all as this is not a criminal court but a commission of Inquiry.” he said.
Kogi

Governor Yahaya Bello of Kogi State has urged con
tractors handling the River Port project in Lokoja to ensure its completion by December.
The governor gave the charge while inspecting ongoing works on the port.
He said that it’s quick completion would aid socio-economic development of the state.
Bello, who was conducted round the project site by the Managing Director of National Inland Waterways Authority (NIWA), Mr Boss Mustapha, said that he was eagerly awaiting the completion of the project.
He said that the port would open the economy of the North to foreign investors.

The Nursing and Midwifery Council of Nigeria has com
mended the management of the University of Ilorin for providing the skills acquisition laboratory in its Department of Nursing.
Leader, Council’s Accreditation Team to the University of Ilorin’s Department of Nursing, Prof. Ijeoma Ehiemere, gave the commendation after an assessment tour of facilities in the department.
She noted that the university had put in place a robust staff development programme for the training of potential nurses.
Ehiemere said what the team saw at the College of Health Sciences of the university were commendable.
She described the skills acquisition/simulation centre and a robust staff development programme as exceptional.
The leader pointed out that some of the staff had been sent on study leave with pay, nationally and internationally.

Governor Sani Bello of Niger State has called on Nige
rians to eschew religious and ethnic sentiments in their dealings to ensure peace and national development.
He made the call when he received Dr Mathias Echioda, the new Chairman of the Christian Association of Nigeria (CAN), Niger chapter in Minna recently.
“One of the things that has divided us as a nation is religious sentiment. It was never like this in the past and I don’t know why it is like this now.
“We had a better life and better understanding which brought more progress to the country.
“It is time for us to move away from all forms of sentiments. It is not healthy and it is anti- progress for the development of the country”, he said.
He added that there was no justification for Christian Religious Studies not be taught in unity schools if the Islamic Religion Studies was being taught.
“If IRS is being taught in schools, what now happens to the Christians students, it means they are being forced to go out and play. That is against our moral value”.

The Nasarawa State Government has released over N60
million for the payment of backlog of pensions and gratuities to pensioners in the state.
the Permanent Secretary, Ministry for Budget and Planning, Mr Muazu Adamu-Gosho,disclosed this to newsmen in Lafia.
He said that the money was for payment to retired workers in the state and local governments.
Adamu-Gosho said that data to ascertain the accurate number of pensioners in the state had been taken to facilitate monthly payment of pensions, while gratuities would be paid in arrears in view of paucity of funds.

Thirty-two-year-old Tijani Kamorudeen, who allegedly
broke into a house and stole a laptop and other valuables valued at N161, 000, has  been arraigned in Osogbo.
The accused, who pleaded not guilty, is facing a two-count charge of burglary and theft at an Osogbo Magistrates’ Court.
Prosecutor Fagboyinbo Abiodun told the court that the accused committed the offences on June 18 at about 2.00 a.m. at Jemoja compound in Ido-Osun.
Abiodun, an inspector, alleged that the accused broke into the house of the complainant, Akinfenwa Reuben, and carted away some valuables including a laptop, phones, three ear pieces and a pair of shoes, all valued at N161, 400.

The Sokoto State-owned Independent Power Project
(IPP) will inject 38 megawatts of electricity into the national grid when energised.
The Managing Director of Kaduna Electricity Distribution Company (KEADCO),   Mr Garba Haruna,disclosed this to newsmen in Sokoto.
Haruna was speaking shortly after inspecting the project with the Chairman, Board of Trustees of KAEDCO, Mr Yusuf Hamisu. ‘’The lPP project is certainly a reality as it has reached over 90 per cent completion stage.
“The line had since been run into the transmission where the power will be up taken into the national grid.

Dealers of sachet water in Gusau have complained of
low patronage, caused by the current rainy season, our correspondent reports.
A cross section of the dealers expressed the concern in a market survey conducted by our correspondent  in Gusau.
Dealer of Rahama sachet water, Alhaji Aminu Bello,said that there was low patronage during rainy season, compared to dry season when the business was flourishing.
Bello said that during dry season, he supplied between 4,000 and 3,700 bags of water daily while he hardly sold up to 1,000 bags during the rainy season.