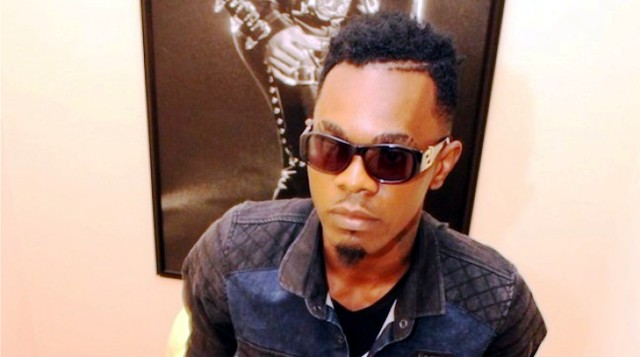 Just like us, most Nigerian
celebrities didn’t  always have an easy life before they became famous. From Joseph Benjamin working as a security guard to Timaya a plantain seller, most celebrities began their careers making an earning doing menial tasks. These celebrities had odd jobs before stardom, they include.
Patoranking
Patrick Nnaemeka, Patoranking didn’t always have things rosy. In fact, the Headies Award Next Rated Artiste for 2014 was a former bricklayer and rat poison seller on the streets of Lagos! He virtually rose from nothing to the star he is today.
Don Jazzy
Before Don Jazzy became famous and made fellow producers feel inferior, the Mavin Boss moved to London in the United Kingdom in 2000 after his uncle invited him to come play the drums for the neighbourhood church.He did various odd jobs including working at McDonalds as a security guard while trying to hit it big.
Joseph Benjamin
Who would even think that polished looking actor, model and voice over artiste, Joseph Benjamin was also once a bus conductor, security guard, waiter, bakery worker and a shoe seller? The MTN project fame host revealed in an interview that he went through various jobs before finally hitting it big in the movie industry.
Timaya
Back in the days, timaya was a great ‘hustter’ and a very good plantain seller. Yes! The Egberipapa 1 of Bayelsa was a plantain seller who lived with a lady who took him in after his landlord sent him packing in Port Harcourt.
P-Square
Although they are one of Africa’s biggest artistes now, but these two actually went through hell before the money started coming in Peter once worked as a super market attendant while Paul did some electrical repairs for money.
Banky W
It’s hard to believe but there was a time when Eme boss, Banky W took on the job of a sales boy to make money for studio time in the US. The RnB crooner worked in fast foods outlets, clothing stores and as a knife salesmany selling knives from door to door.
Mercy Johnson Okojie
Nollywood star actress, Mercy Johnson Okojie once opened up about life before the fame, money and marriage where she revealed how she rose from squalor to become one of Nigeria’s most celebrated stars. According to her, asides once living in an uncompleted building, she worked as a maid just to make ends meet.
John Okafor
For comic actor, John Okafor, he was not in anyway born with a silver spoon. In an interview recently, he said before he became a popular person, he sold firewood, a butcher and a hair stylist.

Rivers To Be Tourism Hub Of Nigeria, Soon – Amachree