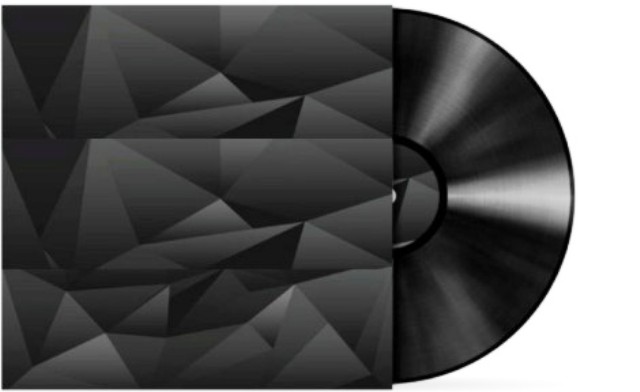 We have already been graced
with a number of albums in 2016 with each album being greeted with mixed reviews. Lil Kesh’s “Y.A.G.I”, Kiss Daniel’s “New Era”, Patoranking’s “God over Everything”, Yemi Alade’s “Mama Africa” and Adekuinle Gold’s “Gold”, among others have been released, with many others being anticipated to drop for the remainder of 2016. Below are the albums we anticipate the release of.
1.   Modenine – “Insulin”
The lyricist has dropped a couple of singles, two being officially expected on his fifth album, which is scheduled for release on Tuesday August 16, 2016. The gifted rapper reportedly revealed the album would be his last personal project. The rapper’s album discography include Earlier albums such as E’Pluribus Unum “One Amongst Many” – 2016, “The Paradigm Shift” – 2008, “Da Vinci Mode” – 2010, and “Above Ground level” – 2014.
2.    Reminisce – “El Hadj”
The ‘Kabo bi Chicken’ rapper will be releasing his fourth Studio album titled “El Hadj” on August 29, 2016. The rapper has released two singles – ‘Asalamalekun’ and ‘Nobody knowns’ featuring 2baba, to whet our appetite for the new album. The album follows “Book of Rap stories” (20120. “Alaga Ibile” (2013), and “Baba Hafusa” (2015).
3. Reekado Banks – “Unknown             Title”
The Mavin act who currently holds the title for Heaches Next Rated artist awarded to him on the first day of the year 2016 has perhaps been the most vocal about releasing his debut album this year, bragging that it will be the best album we will hear in a long time. He is yet to unveil the album artwork, title and release date, so we’d just wait it out in anticipation.
4. Banky  W – “Songs about you and me” or “Songs about you”
The R & B King of the Lagos party has also said he would be releasing an alum in second or third quarter of 2016, building on the previous fair – “Back in the building “(2005), “Mr. Capable” (2008), “the W Experience “(2009) and “R&BW” (2013). He revealed the working title to be either “Songs about You and Me” or “Songs About You”.
5.   Iyanya – “Unknown title”
The ‘Kukere’ crooner has also expressed his intent to release an album expectedly in 2016, following “My story” (2009), “Desire” (2013) AND “Applaudise” (2015). The singer will be releasing the project under a new record lebel Temple Management Company following his exit from MMMG label.
The singer revealed he is embarking on a new direction album, but his fans should still expect the same quality and energy from him. With singles like ‘My woman’ and (hertbeat’ released this year, it looks like the singer is going back to his R&B roots for the album.
6.    Shaydee – “S.O.S.)”
E.M.E gifted singer is also expected to drop his debut album in 2016, titled “SOS”. The singer revealed that the album would reflect his personal experiences, and will feature a lot of A list acts – Reminisce, Banky W, Niyola, Iyanya, 2 baba, Wizkid, Phyno, Flavour, Ice Prince, Buma Boy and more. The 21 – track album will contain a mix of trap, R&B, House, reggae and Afgro beat. Singles like ‘smile’ and ‘Pon de floor’ pre-released give us a feel of what to expect from the album, which the smooth singer said with high hopes will speak for him and stand the test of time.
7. Sound Sultan – “Out Of The               Box”
Naiga ninja singer sound sultan who has got six albums to his name is on the verge of dropping his seventh studio album in 2016 titled “out of the box”. The gifted musician has dropped singles like “Kuku no worry’, “Hello bale” and the more recent “African lady’ featuring Phyno and Flavour. From the album titles and singles already released. We can only expect more interesting sounds on the album when it gets out.
8.   Niyola – “Unknown Title”
The E.M.E. first lady singer has discussed in a recent interview of a possible release of her debut album in 2016. The ‘Toh bad’ singer has released the lead single for the album whose title she is yet to reveal. She said only until when she’s fully immersed her essence into the music will she be able to satisfactorily release the album. Fingers crossed and waiting.
9.   Simi – “Unknown Title”
The likeable singer revealed that she will be dropping her sophomore album in 2016. She however said she and rapper Falz plan on releasing a joint EP titled “Chemistry” that is supposed to serve as a precursor to the album. The album is to follow her debut gospel album “Ogaju”. ‘Jamb question’, ‘Open and Close’ and ‘Love don’t care are some of the singles expected on the forthcoming album.

10.    T.R. “Blame Hip Hop”
Veteran rapper TR, formerly known as terry tha Rapman will be dropping his fourth album titled “Blame Hip hop” ‘following the release of his “G.O.D” EP “Blame Hip-hop” represents the fourth album after ‘Tha Rapmanifestation” (2001), “Tha Rapman Beginz” (2007), and “Boys are not smilin’ (2011). The emcee recently put up an inspirational single album featuring skales titled “Edumare’.
11.    EVA – “1960”
One of the most gifted Nigerian female rappers in the game killing it Eva surprisingly till now is yet to bless us with an album to her name, pushing mixtapes and EPs in our faces so as to still stay top in her fans’ memories. Eva has however indicated that the full length body of work was to drop August 13, 2016. That date has passed. We await to see what the coming days bring.
12.  Ice Prince – “Jos To The                World”
Mr. Oleku is working on releasing what would be his third studio album “Jos to the world” follows “Everybody loves Ice Prince” (2011) and “Fire of Zamani” (2013). The rapper has dropped a number of singles pre-album release. Tracks like ‘feelings’ ‘Seasons’ and the most recent a teaser. Unofficial video of on of the singles off the album titled ‘Tear drops’ has done about enough to whet the appetite of fans for the album.
13.  Black Face: The Defender
The ex plantashun boiz singer and song writer after five years has revealed he will be dropping an album soon, titled. “The Defender”. The singer has been in the middle of controversies this year, accusing other artistes of stealing his songs. Calling out radio DJs Defender” will be sequel to “Ghetto Child” (2007), “Evergreen” (2007), “Jungle Fever, Me, Musiq and I” (2008), and “Danceha 11 Business” (2010).
14.  Solid Star – “W.e.e.d”
Achievas Entertainment act is reportedly going to drop an album titled “Weed”. The album will be his third following “Grace and Glory” his sophomore album popular for songs like ‘Oluchi’ featuring Flavour and ‘Omotena’ and his debut album “One in a million” which had the lead track also titled ‘One in a million’ that was remixed with 2face Idibia.
W.e.e.d is an acronym for ‘witnessing everything exceptionally different’ and the date of release has been slated for spetember. Songs like ‘Negotiate’, Baby jollof, ‘Mybody’, ‘In my head and the recent hit ‘Wait’, have all received good buzz across several media platforms. He has collaborated with acts like Tiwa savage, timaya, Davido, Ycee, Patoranking, IDA and Charass.