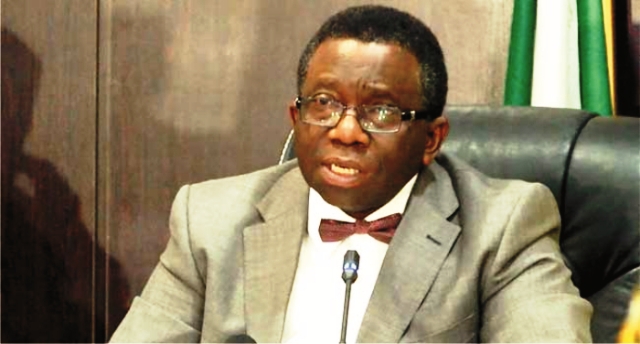 There is no doubt
that the contributions of international donor agencies towards the elimination of HIV/AIDS in Nigeria is immeasurable.
In fact, from the point at which donor agencies came on Salvage Mission in Nigeria, they have virtually been vested with the responsibility of providing HIV/AIDS commodities in the country.
Global Fund to Fight AIDS, Tuberculosis and Malaria, for instance, said it has disbursed more than $81.4 billion in Nigeria since 2003.  Nigeria, they said, currently represents their largest portfolio with a total of $81.1 billion allocated to fighting HIV/AIDS, TB and Malaria in 2014 to 2016.
On its part, National Agency for the Control of AIDS (NACA) 2012: 59 stated that $300 million was committed in 2007 in expenditure on implementing HIV/AIDS programme in Nigeria.
Of this amount, the majority in the sum of $225,392,257.00 amounting to (85.3%), was from international funds, with bilateral contributions totalling $197,219,307.00, which amounts to (19.43%).
The rest were from International Not-for-Profit organizations and foundations amounting to $32,479 (0.01%).
The same trend was recorded in 2008 with international funds contributing 92.3% of the $364,581,432.00 of the total expenditure.
Meanwhile, $364,581,432.00 (80.8%), $845,477,907,00 (11.5%) and $63,00.00 (0.01%) were respectively contributed by the direct bilateral contributing multilateral agencies and International Non Profit Organizations and Foundations.
Investigations revealed that under the consolidated phase 1 of Rounds 5,8 and 9 Global Fund HIV/AIDS Grant (2009-2012), NACA received about $151.6m for HIV/AIDS activities in the country.
It further gathered that about $228m was later approved for Phase ll (2013-2015) for the scalling up of gender sensitive HIV/AIDS, Prevention, treatment care and support for adult and children including health and community strengthening in Nigeria.
In spite of these and other contributions, in October 2014, the Network of People Living with HIV/AIDs in Nigeria (NEPWHAN), mobilized its members in Abuja to protest at the NACA office over perceived responsiveness of the agency to the dwindling fortunes of the HIV treatment programme in Nigeria.
NEPWHAN’s National Coordinator, Victor Omoshein, had said:  “We are concerned with the miserable conditions of PLWHIV in Nigeria, as well as the high number of people dying daily of AIDS related complication in large part to lack of access to Anti-retroviral (ARV) medications as a result of withdrawal support by donor agencies.
Omoshein continued that “only 649,000 out of about 1.8million in need of treatment have access to drugs”.  This figure represented about 30 per cent of treatment needs.
The immediate past Director General of NACA, Professor John Idoko had responded then that there were challenges.  But he reiterated Government’s Commitment to scalling up from 600,000 to 1.4million. People on treatment, though he did not give a time frame for this ambition.
The real picture of HIV/AIDS response in Nigeria can be seen clearer when it dawns that from inception, funding for Nigeria’s HIV/AIDS intervention has been donor dependent and donor driven as 90 per cent of available funds came from donor agencies.
These agencies get involved in various forms of support ranging from training of personnel, provisions of technical knowhow, supply of life-saving drugs and kits, etc.
Comparatively, the contributions of Nigerian government was mainly  reduced to the provision of physical infrastructure, such as provision of health facilities and payment of salaries of medical and other allied personnel employed.  The core and major burden of intervention have been borne by the donor agencies.
However, most donor organizations have had issues with lack of accountability in the management of funds by Nigerian officials.  This had become a cardinal problem that has short-changed the success of the Nigerian intervention.
The result is that on several occasions, there had been drugs stock-out, which had resulted in truncation of treatment.
There had also been instances where expired drugs were dispensed, as well as fake and substandard testing kits been deployed to counseling and testing centres.
Meanwhile, myriads of PLWHIV lack access to life-saving drugs, while officials have had to destroy valuable supplies due to the expiration of the drugs.
The question that readily comes to mind is, why were these drugs not supplied to those who required them before they got bad.
In Rivers State for instance, FHI 360 is the major provider of HIV/AIDS commodities.  The implication is that if FHI 360 seizes to supply these drugs and given that the state government has not given any clear indication to commence the purchase and distribution of HIV/AIDS commodities, the fate of PLWHIV can at best be imagined.
The reason given by donor agencies for their gradual withdrawal include the global financial crisis and changes in their focus of priority, as well as funds available and the allegation of mismanagement of funds by Nigerian officials.
It is notworthy that although these donor agencies have made their intentions to pull out known long ago, nothing concrete seemed to have been done by the Nigerian government in terms of seeking solutions to replace loopholes likely to be warranted by such pull out.
The effect is that when the total pull out is finally implemented and there are not enough remedies, Nigeria’s HIV/AIDS status will be worse than what it is currently.
Beyond the alleged mismanagement of fund meant for HIV prevention, treatment, care and support is a serious lack in policies to ensure smooth running of efforts geared towards checking the HIV/AIDS trend in Nigeria.
The situation is further worsened by the fact that the National Assembly has slashed NACA’s proposed N18.9billion HI V/AIDS budget for the 2016 physical year to N1.5billion.
If donor agencies have invested billions in Dollars to check the trend of HIV/AIDS in Nigeria and the Nigeria government is only willing to invest N1.5billion, the implication smirks of doom.
This is because, if all the billions in dollars could only place Nigeria where it is today in HIV/AIDS, treatment, prevention, care and support, where would N1.5billion place the country. Especially given the present setting of chronic mismanagement of funds?