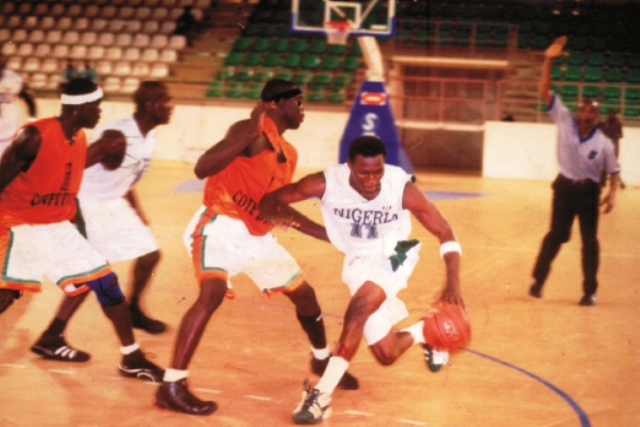 President of the Spanish foot
ball league (LaLiga), Javier Tebas, at the weekend in Abuja said the Nigeria Professional Football League (NPFL) would soon be the most watched league in Europe.
Tebas who spoke during the official commissioning of the LaLiga office in Abuja said this would materialise in view of the Spanish league’s partnership with its Nigerian counterpart.
The opening of an office in Nigeria by LaLiga is part of the implementation of a technical and commercial partnership recently signed.
LaLiga signed the partnership with the League Management Company (LMC), who are the organisers of the NPFL.
The LaLiga President noted that the Spanish league, being one of the top leagues in the world, attracts a lot of media attention worldwide.
He said its partnership with the NPFL would therefore draw a lot of media attention to the Nigerian league.
“Our vision is very clear. We want to see the NPFL get better in terms of its quality and organisation.
“I am convinced that in a few years from now, the NPFL will be the most watched in Europe.
“Real Madrid and FC Barcelona will also come here to play in Nigeria,’’ Tebas said.
He said part of the partnership deal was the LaLiga tour by 40 players selected from the NPFL into an All-Star team.
NAN reports that during the team’s tour of Spain, it will participate in the prestigious Carranza LaLiga World Club tourney and also play a friendly
match against Valencia CF.
Also, Antonio Baradas, the LaLiga Africa Representative based in South Africa, expressed satisfaction with the location of the office in the high-brow Maitama district of Abuja.
“I am impressed by the quality of materials used in equipping the office.
“It is a very conducive place for us to work on making the NPFL-LaLiga partnership a success.”
He said LaLiga would invest in the grassroots of Nigerian football, adding that a lot of talents abound in the country.
“The talents are here. We have to work with what you’ve got.
“We have a contract signed for five years and hopefully we can extend it beyond that for a long time to come,’’ Baradas said.
Simililarly,  the Ambassador of Spain to Nigeria, Alfonso Barnuevo,  said the partnership between LaLiga and the NPFL marked the beginning of a solid presence in Nigeria.
He said it would be consolidating what has already been achieved.
“As Spanish Ambassador, I have to express my satisfaction that one of the strongest institutions in Spain, and probably one of the best known worldwide, LaLiga, has established an office in Nigeria.
“I see a bright future ahead,’’ Barnuevo said.
Shehu Dikko, Chairman of the League Management Company (LMC), described the event as another major milestone and a new dawn for Nigeria.
“We are delighted that very early in the tenor of this partnership, a lot of positives are being recorded.
“This opening of the LaLiga Office represents another landmark in the partnership and will facilitate effective collaboration between the two leagues,’’ he said.
Tidesports source recalls that LaLiga Foundation, a charity arm of LaLiga, recently announced a grant of 56,000 Euros and equipment to El-Kanemi Warriors Football Club of Maiduguri.
The grant was to support the club in the response to the insurgency which forced the club to play home league fixtures in other cities for almost three seasons.
Nigeria is the second African country after South Africa to have an office of a major European League.