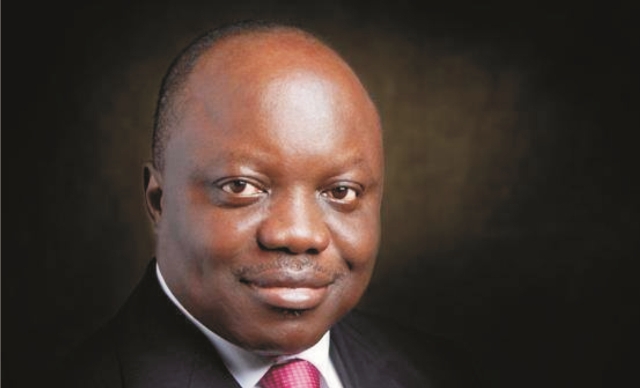 Former Governor of Delta State, Dr. Emmanuel Uduaghan, and a litany of other prominent Nigerians are expected to storm the 12th edition of the All Nigeria Editors’ Conference (ANEC) holding from August 3-7 in Port Harcourt, Rivers State.
Uduaghan, the two-term chief executive of the state, will be special guest of honour at the event, with the theme: “Economic Diversification: Agriculture as Option for a Prosperous Nigeria”.
A statement by the NGE secretariat said that about 300 Nigerian editors, practising farmers, agribusiness financiers, policy-makers and captains of industry are expected at the conference, which the host Governor, Chief Nyesom Wike, said would afford the state the opportunity to showcase its investment potentials.
The Tide learnt that Uduaghan was chosen to play the role of special guest of honour because of his place in the nation’s history as the governor who made agriculture and non-oil resources as alternative to dependency on crude oil receipts a state policy through the ‘Delta Beyond Oil’ initiative.
Uduaghan deployed the Micro Small and Medium Enterprises (MSMEs) scheme to empower farmers in the state from the field through the value chain leading to the export of home-grown and processed spices, among other products.
Already, Wike has assured editors of a successful outing.
In a statement signed by the Special Assistant to the Governor on Electronic Media, Simeon Nwakaudu, the governor noted that the conference would be a fitting platform to partner with editors and the media to consolidate development in both the state and the nation at large.
Wike noted that the state was hosting several national and international events as a demonstration of the fact that Rivers State is an investors’ destination, stressing that the state is peaceful and the people hospitable.
“Hosting this year’s conference will also make the editors witness, first-hand, the development projects and programmes of my administration which has improved the living standard of the people”, the governor said.
The Tide reports that the All Nigeria Editors’ Conference is the largest gathering of Nigerian editors.
It is a watering hole of ideas that have shaped government policies and programmes over the years.
It would be recalled that the maiden edition was held in 2004 at Ada, in Osun State, and was hosted by then Governor Olagunsoye Oyinlola.
Subsequent editions have been held in different parts of the country.
The conference also attracts both local and foreign speakers as well as editors from organizations such as the West African Editors Forum (WAEF), the African Editors Forum (TAEF), the World Editors Forum (WEF) and the World Association of Newspapers (WAN).
This year’s edition has been tailored primarily to focus on agriculture as a counterfoil to the dwindling receipts from crude oil, and speakers include a rich mix of practising farmers, agriculture financiers and policy-makers.
The Founder of HoneySuckle PTL Ventures, Mosunmola Cynthia Umoru, would speak on “Agriculture as Panacea for Unemployment” while Mr. Kola Adeniji of Niji Farms would talk on “Agriculture as a Foreign Exchange Earner”.
The Chief Executive of Bank of Agriculture, Professor Danbala Danju would be explaining the “Role of Banks in Agriculture Financing” while Kano-based farmer, Muhammad Abubakar, the managing director of L&Z Integrated Farms would experientially explore the topic: “Making the Most of Agriculture Value Chain”.
The Acting President of the Guild, Mrs Funke Egbemode, said “the sole emphasis on agriculture for this year’s conference was in response to the falling price of crude oil at the international market which has automatically reduced government’s earnings and revenue base.
“This is the first time the conference is focusing on agriculture in the most pragmatic sense, and it is meant to draw the nation’s attention to the limitless opportunities that abound in agriculture”, she said.