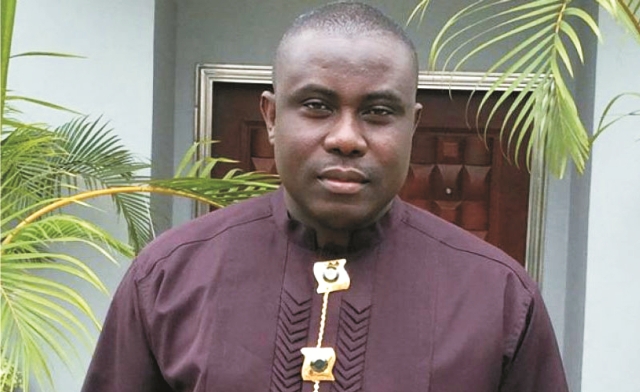 President of the Sports
Writers Association of Nigeria (SWAN), Honour Sirawoo, has advised sports administrators to see sports journalists as critical stakeholders in sports development rather than adversaries, saying, “Nigeria’s march to greatness in sports cannot be achieved without the input of sports writers”.
The SWAN President said sports writers were ready to operate strictly within the rules of engagement and ensure balanced reportage and constructiveness instead of painting a picture of confrontation.
Sirawoo, who was responding to questions from journalists on the sidelines of the ongoing National Hockey Super League at the Abuja National Stadium, where he joined the Federation’s top hierarchy to watch Plateau and Kaduna state teams play, said: “Our major responsibility is sports promotion and not vendetta using our privileged positions.
“While we advise sports administrators to do the right thing, we, as sports writers must also do our part by ensuring that we dish out balanced reports.’’
“Our task is sacred and demands high sense of responsibility,” the SWAN President further stated.
He said one of SWAN’s challenges was to regain the confidence of the people, a task Sirawoo emphasised would be quickly accomplished by members realising that “we not only share a common goal as SWAN, but believe in the existence of the association through our actions.”
The SWAN President commended the Youth and Sports Minister, Solomon Dalung, as well as the Sports Federations and other critical stakeholders, for identifying with the mission of the new SWAN Executive Committee which was anchored on professionalism and restoration of the dignity of the association towards quality service delivery.
According to him, SWAN is the sports arm of the Nigeria Union of Journalists (NUJ) which houses and coordinates the activities of editors, reporters, photographers, researchers, producers, commentators and cameramen in the sports sector of the print and electronic media.
“We shall come hard on any member whose action undermines the supremacy of the association,” he declared and thanked members for their conduct and elaborate coverage of the visit of FIFA President, Gianni Infantino and Secretary General, Fatma Samoura to Nigeria.