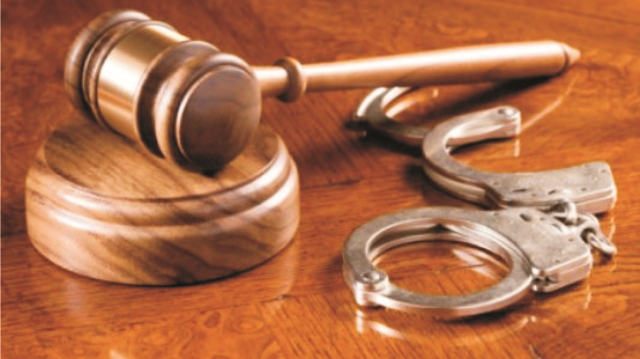 The Rivers State Governor, Chief Nyesom Wike has identified the unfortunate tendency of citizens to tolerate and accommodate people of questionable characters around them as one of the major problems promoting criminality in the state.
Wike, who stated this while declaring open the 2016 Triennial State Delegates’ Conference of the Trade Union Congress (TUC) in Port Harcourt, yesterday, said the people have contributed to the promotion of an environment characterised by crime and criminality.
Represented by the Secretary to the State Government, Kenneth Kobani, the governor was worried that some citizens of the state were in the habit of harbouring criminals, thereby exacerbating the security situation of the state.
The governor further emphasised that his administration has zero-tolerance for criminality, adding that all vices would be forced to give way and be replaced with attitudes that enhance peace and development.
Wike also reiterated that despite the dwindling economy of the state and the N3.5billion state allocation from the federation account, the government will continue to ensure that workers’ salaries and pensioners allowances are paid, adding that his administration was working hard to eliminate the scourge of ghost workers and multiple salary payments.
He urged workers to bear with his administration as the biometric exercise would help boost the state’s financial base.
The governor commended the outgoing TUC Chairman, Comrade Chika Onuegbu for his pragmatic approach in handling labour issues, and urged the new leadership to emulate the legacies of past leaders in ensuring peace and industrial harmony in the state.
In his remarks, the outgoing TUC Chairman, Comrade Chika Onuegbu, stated that the union has grown from a relatively unknown state council in 2009 to a vibrant and resilient brand capable of enhancing labour rights and welfare in the state in particular and the nation at large.
He said that the conference, with the theme: “Democracy, Human Development and Social Inclusion In Nigeria,” aims to galvanise the labour movement in the state for greater productivity.
Onuegbu said, “I am convinced, however, that we will continue to maintain that position against all odds, if we allow God to continue to lead us,” and promised TUC’s readiness to work with government to ensure industrial peace and harmony in the state.
In his address, President of the TUC, Comrade Bobboi Bala Kaigama, said the theme was apt and strongly appeals to labour movement in view of cogent and urgent need for our country to embrace and practise true democracy, pursue people-centred development and social structure that guarantees the empowerment of our people to actualise their greatest potentials for optimal collective advancement.
Kaigama stated that the Comrade Chika Onuegbu-led administration made it top priority to promote workers’ welfare and maintain a functional secretariat with sound administrative and organisational competence.
Highlights of the event was the TUC Rivers State election which produced, the Chairman as Comrade Austin Jonah, Vice Chairman in person of Comrade Chris Mbata, Secretary as Comrade Chima Charles Igwe, Assist Secretary as Comrade Dinipre Agbozu, Treasurer as Comrade Beatrice Fombu, and the State Woman Leader, Comrade Abigail Adeku.
In his goodwill message, the Elder Statesman, Comrade Milten Dabibi called on the state labour movement not to mix up union issues with politics, but should always fight to ensure that staff salaries are paid in order to reduce corruption.
He added that dedication must be given first to your Union as our priority is to protect the job, economy and company we are working for.
Also, in her good will message, the Nigeria Labour Congress Leader in Rivers State, Mrs Beatrice Itubo reiterated the robust working relationship between TUC and NLC, noting that election was not a do or die affair, and as such, urged fellow comrades to take the outcome of the election in good fate.