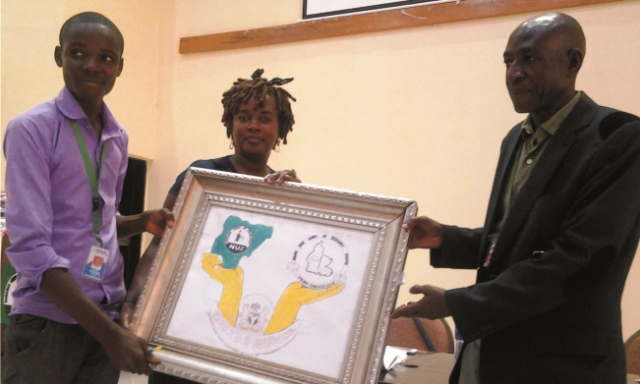 The Chairman, Caretaker
Committee of the Eleme Local Government, Hon. Johnson Obele Nwogu, has commended the Nigerian Security and Civil Defence Corps (NSCDC) for taking the lead in restoring peace and security to the local government area.
Hon. Nwogu made the commendation when the Rivers State Commandant of the NSCDC, Mrs. Helen Amachree, and top commanders of the corps visited him at the local government headquarters, Ogale.
“Three, four months ago, I hardly slept well here in Eleme. But after the men of the 56 Mobile Police Force (MP56) and Nigerian Security and Civil Defence Corps (NSCDC) came, I can boastfully say that I hardly spent night outside Eleme. I was always out every night because of fear of what would  happen next. But in the past one month, I have not spent any night outside Eleme,” he said.
The chairman said residents of Eleme were terrified by the activities of cult groups and violent criminals who killed, looted and robbed residents and business owners.
“I want to say to the commandant that honestly Eleme people appreciate your command. That is why they are here in a large number. If opportunity is here for them to gather in a larger number, you would have seen them because of what your men have been doing in Elemeland,” he added.
According to him, apart from your efforts in restoring sanity and security to the area, NSCDC has also been involved in checking pipeline vandalism, oil theft and cultism.
Mrs. Helen Amachree, had said she was proud of the youths of Eleme Local Government Area who had helped to restore peace to Eleme.
She said, she and her team were in Eleme to sensitise the people on the ills of pipeline vandalism and to introduce civil defence to the people.
She further said, the corps was concerned about the high level of oil theft and pipeline vandalism in Rivers State and was determined to tackle the problem.
“Eleme is so prominent, it is critical, it is strategic to the existence of Nigeria. If you don’t know, you better know it now. This Eleme land that you are seeing is not only your land. It is for Nigeria. Many pipelines run through Eleme land. The refinery is close here. Eleme is a big concern to me. We have Shell pipelines, NNPC pipelines. So youths I need you to join us to fight it. Just give us information,” Amachree said.
When pipelines are broken, the land is degraded, such that the land can no longer be suitable for farming. Learn to say no to pipeline vandalism. Learn to say no to oil theft, she added.”