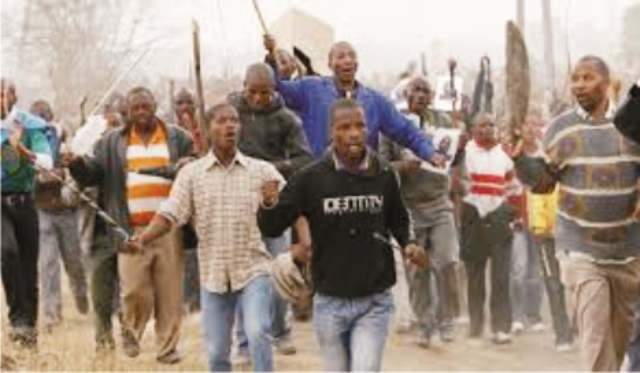 A female  activist and cru
sader for equal rights for all children, Ms Edit Owotor, has urged youths in the state to take advantage of the people-oriented programme of the state government to excel in any trade of their choice.
Towards this end, Ms Owotor said, it would be self-defeatism for youths to continue to engage in crimes such as kidnapping, robbery and cultism which would not only bring scorn to them but also destroy their brighter future.
Ms Owotor, who is also the Chief Protocol Officer to the Ahoada East Council Caretaker Committee, who spoke to journalists in her office, blamed the society for creating so many obstacles to development of the youths.
She enjoined all tiers of government to roll out programmes that would bring out the best of the youths instead of making them prospective deviants.
On insecurity, she commended the Council’s Caretaker Committee Chairman, Hon. Britain Ewoh, for restoring peace in Ahoada metropolis, and other surrounding communities.
“Ahoada residents can tell you their experiences before the chairman came on board. Unlike before they can now sleep with both eyes closed”.
“Before now, people were, running out of Ahoada town, traders and hoteliers were closing shops, wealthy men were on their toes, but these are gradually becoming history”.
According to her,  what the government at the state and the local government need to do for the citizens is to show  understanding of the challenges posed by the present economic realities for them to achieve dividends of  democracy.
“So far, Governor Wike has performed beyond expectations in view of numerous challenges facing”.
She, therefore expressed optimism that when the economy of the state improves, a lot of achievement that would surpass that of the previous administrations in the state would be recorded, and pleaded with people of Rivers State to be supportive of the administration.