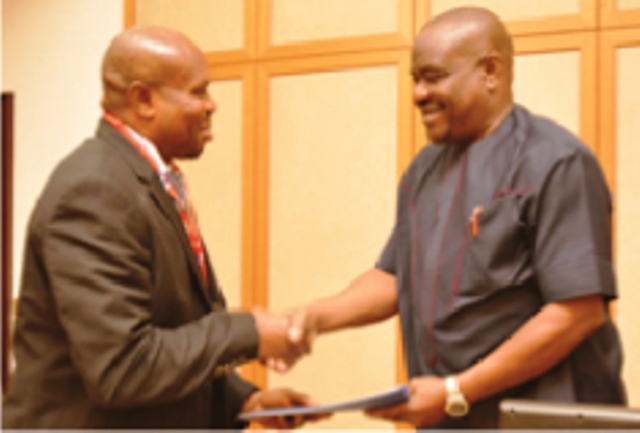 As part of its effort to en
sure efficient waste evacuation and management in Calabar, the Cross River State Government has taken delivery of a batch of over 20 evacuation trucks and 200 dumpsters ordered from Innoson motors.
This is barely a week after the Governor, Prof. Ben Ayade undertook the inspection of some dump sites with a firm promise to swiftly deal with the issue of waste evacuation in the Calabar metropolis.
Speaking at the premises of the governor’s office in Calabar, where some of the evacuation trucks and dumpsters were being received, the state Commissioner for Environment, Engineer Mike Eraye told newsmen that it was part of a well planned program of Governor Ayade for a sustainable and effective waste management system in the state.
“This is part of the plan on dealing with some of the challenges relating to waste evacuation and restoring the clean and green nature of Calabar. It has been on for a long while. The governor’s visit to the dumpsite was not an afterthought, it was a follow-up to a well planned strategy on how to keep Calabar the way it ought to be, “the cleanest city in Nigeria.”
According to the Commossioner, “After that visit, the governor gained more insight into what the problem is, took some decisions, went to the State Executive Council and obtained approval for 20 pieces of this equipment and over 200 collection bins. From today, we will start deploying some of these bins to Calabar South where the challenge is very severe.”
Eraye further disclosed that the challenge of a land space was being tackled.
In his words, “the land is being processed and when that is ready, the high end of waste management, which is the waste to wealth, waste to energy, recycling and conversion will now begin. We are taking that seriously and we are expecting some partners to participate in that scheme.”
The Commissioner commended Ayade for funding the acquisition of the equipment despite the challenging economy, and stressed that the local content policy as well as the “Buy Naija To Grow The Naira” initiative was considered in the purchase of the evacuation trucks which are manufactured by Innoson Vehicles Manufacturing, a company wholly owned and operated by Nigerians.