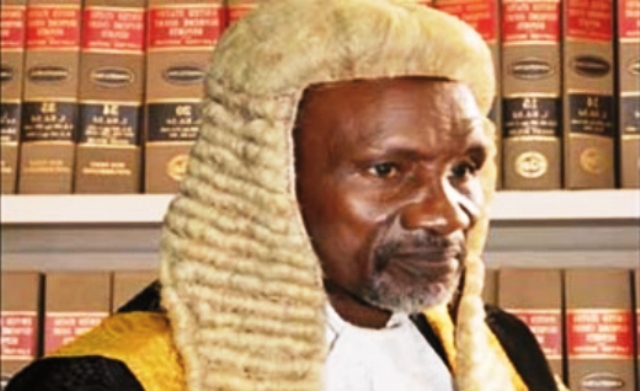 There is apprehension in
the Enugu State judiciary, as the National Judicial Council (NJC) Panel, presided over by the Chief Justice of Nigeria Mahmud Mohammed, is set to try Enugu State Chief Judge, Justice Innocent Umezulike over alleged misconduct, corruption, and forgery levelled against him.
It was gathered that the Council decided to try the Umezulike after the former Attorney-General of the Federation and Minister for Justice, Mohammed Adoke, referred to it a petition by an Enugu-based senior lawyer, Barrister Peter Eze, who alleged forgery and misconduct against the Chief Judge.
The AGF had asked the Inspector-General of Police to investigate the forgery aspect, while the Independent Corrupt Practices and other Related Offences Commission ICPC should look into the matter of corrupt enrichment levelled against the Umezulike.
The Tide learnt that the trial is slated to begin in the last week of June, 2016, and will take place at the Supreme Court Complex, Abuja.
It would be recalled that a former Enugu State Attorney-General and Commissioner for Justice, Nduka Ikeyi, had earlier written a petition against Justice Umezulike to the National Judicial Council.
Meanwhile, the CJ’s  trial, the first of it’s kind in Nigeria, has continued to attract comments from various quarters, especially among lawyers.
Reacting to the development, an Enugu-based lawyer and activist, Louis Onyia Esq., had this to say:”the image of the judiciary in Enugu has nose-dived and shattered.
“It has suffered terribly, because of the weighty allegations against its Chief Judge, Hon. Justice I.A. Umezulike OFR
“The best way to save the judiciary from the present acrimony and show of shame is for Hon. Justice I.A. Umezulike, being the head, to take responsibility or blame for the whole macabre dance and bow out either voluntarily or compulsorily by the National Judicial Council.
“If he remains at the centre chair, the war will continue and judiciary will continue to suffer.”