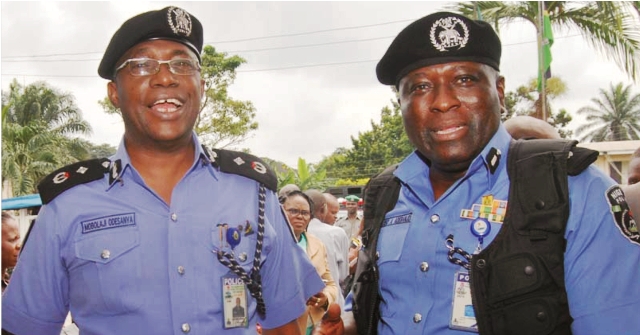 Former National Security Adviser (NSA), Colonel Mohammed Sambo Dasuki (rtd), has told a Federal High Court in Abuja that he is being punished by some persons at the highest level of power in the country for perceived grievances held against him while in active military service many years ago.
Though he did not name any particular person, Dasuki said that the punishment being meted out to him was unfortunate having been borne out of mere vendetta.
In an emotion-laden submission while reacting to the government request for his secret trial, Dasuki, who spoke through his counsel, Mr. Joseph Daudu, SAN, told the court that he has rested his case in God for the ultimate judgment.
“It is crystal clear that the defendant (Dasuki) is being punished by the powers that be for the perceived offences committed long before. We leave them to the Almighty God for his ultimate judgment”.
It would be recalled that Dasuki had been arraigned before three different high courts for various allegations and was granted bail but was rearrested in December last year by the Federal Government and has since been held incommunicado.
At the resumed trial yesterday, the Federal Government had approached the court, seeking secret trial of Dasuki who is facing charges of unlawful possession of firearms, money laundering and breach of trust. 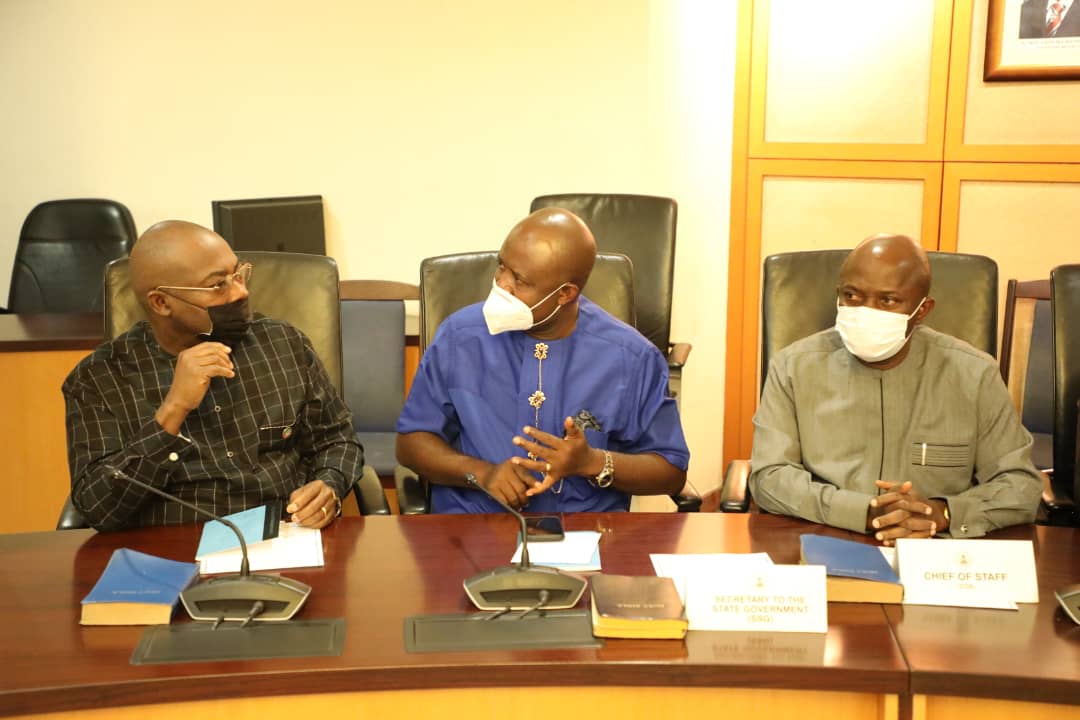 The Rivers State Government has said that it would apply the “no work, no pay” rule against resident doctors under the employment of the state government who embark on strike in solidarity with the Nigerian Association of Resident Doctors (NARD).

“We are unable to decipher why resident doctors in the state will embark on sympathy strike with their counterparts in the employment of the Federal Government.

“Rivers State Government,having reaffirmed its position with respect to the above, will not tolerate further strike actions by resident doctors in Rivers State, and will be compelled to invoke the “no work, no pay” rule on striking House Officers.

“We, therefore, direct all resident doctors to call off the ongoing strike in the state, and return to work within 24hours or forfeit their salaries and risk being sacked”, the statement warned. 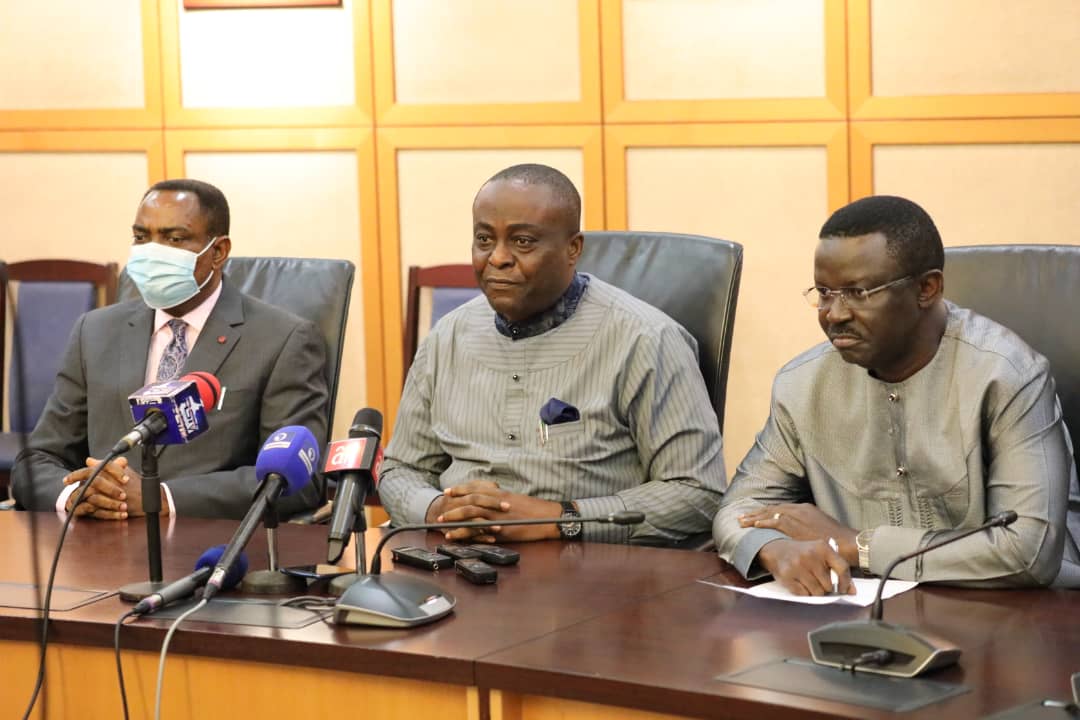 The Independent National Electoral Commission(INEC), yesterday, complained that politicians were using the courts to frustrate the efforts of the commission to deliver credible election in the Anambra State governorship election scheduled for November 6, 2021.

Addressing participants at the implementation meeting on voter enlightenment and publicity for the election in Awka, the national commissioner in charge of voter education, Chief Festus Okoye, said the action of the courts and the politicians could lead to voter apathy during the polls.

He said, “The commission has variously and consistently complained at the frequency and consistency with which courts of coordinate jurisdiction from different jurisdictions all over Nigeria assumed jurisdiction and delivered judgments and issued orders with far reaching implications on the conduct of the Anambra State governorship election.

“Some of the orders have the tendency of eroding the powers of the commission and compromising its independence, powers and timelines for the conduct of the upcoming election.

“In our regulations and guidelines for the conduct of elections, as well as the timetable and schedule of activities, the commission issues access code to the national chairmen of political parties with which they upload the personal particulars and list of their candidates electronically.

“Unfortunately, some of the judgments and orders given recently, especially on the primary elections in Anambra State, have bypassed our portal and sought to restore the manual submission of the list and personal particulars of candidates.

“The planning and preparation for election requires certainty and adherence to timelines. The leadership of the Nigeria Bar Association(NBA) and the leadership of the Judiciary must wade into this descent to forum shopping and the multiplicity of orders and judgments from courts of coordinate jurisdiction. This is urgent; it is imperative and cannot be carried over to the 2023 general election.

“The commission has maintained that political parties must obey and conform to their constitutions and guidelines for the conduct of party primaries, as well as the provisions of Section 87 of the Electoral Act.

“Political parties must extricate themselves from the web and crisis of endless litigation arising from the conduct of primaries, own their rules and also comply with the provisions of the Electoral Act 2010 (as amended) in all their activities.”

He also explained that INEC is paying special attention to the Continuous Voter Registration(CVR), in Anambra State to ensure that all those who are eligible to register do so in preparation for the November 6, 2021 election.

According to him, the commission would deploy additional staff and materials to the state in the next few weeks to accelerate the registration exercise and would also decide when to suspend the CVR in Anambra State to enable it print the permanent voters card of new registrants and integrate the supplementary voters register with the existing register of voters, while VCR would continue in the state after the election.

He said that the new polling units created by the commission would be used for the first time during the November 6, 2021 Anambra governorship election, adding that the people of the state would, therefore, vote from polling units that are closer and accessible.

He added, “Political parties must conduct their campaigns with civility and the best tradition of democratic ethos. Political campaigns or slogans shall not be tainted with abusive language directly or indirectly likely to injure religious, ethnic, tribal or section feelings.

“Abusive, intemperate, slanderous, or base language or insinuations or innuendoes designed or likely to provoke violent reaction or emotions shall not be employed or used in political campaigns.

“Political parties are also reminded that places designated for religious workshop, police stations, and public offices shall not be used for political campaigns, rallies and processions.

“As of this day (Tuesday) it is exactly 95 days to the November 6, 2021 governorship election in Anambra State and for this commission, 95 days to the conduct of any election is a race against time and preparations must be in top gear.

“Similarly, the commission places high premium on the deployment of technology in the conduct of elections. This very practice which has become a part and parcel of the operations and activities of the commission has impacted tremendously on the quality of elections in the country”.

Okoye said that the deployment of technology in the delivery of over 26 by-elections since the 2019 general election had remarkably reduced the impact of human interferences in the outcome of the elections, assuring that application of technology would be a hallmark in the Anambra election. 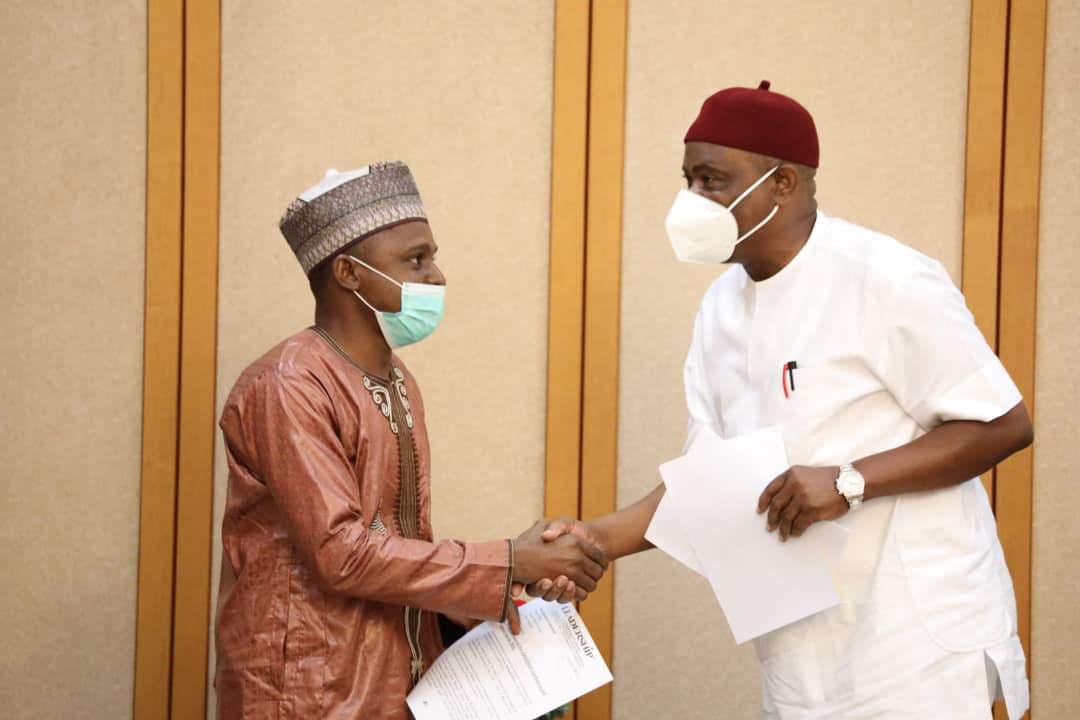 The Rivers State Governor, Chief Nyesom Wike says the rejection of electronic transmission of election results by All Progressives Congress (APC) members in the National Assembly, was tantamount to a coup against Nigerians desirous of free, fair and credible elections.

The governor noted that President Muhammadu Buhari’s failure to prevail on APC members in the National Assembly to support the inclusion of electronic transmission of election results in the amended Electoral Act proves that he does not intend to leave a legacy of transparent electoral process.

He stated this during the official presentation of letter of nomination to him as “the 2020 Governor of the Year Award” by the management of the Leadership Media Group at the Government House, Port Harcourt, yesterday.

Wike remarked that the current National Assembly capitalised on the seeming political indifference of Nigerians to deliberately vote against the inclusion of electronic transmission of election results in the amended Electoral Act.

The governor, described National Assembly members who voted against transmission of election results electronically as enemies of the country, because their action was detrimental to the growth and consolidation of the country’s democracy.

“I can’t believe anybody who went to school in this digital period, will vote against electronic transmission of results. What kind of country is this? What kind of National Assembly members do we have?”

Wike declared that the rejection of electronic transmission of election results by APC lawmakers, even when the Independent National Electoral Commission (INEC) had affirmed that it has the capacity to electronically transmit results, was tantamount to a coup against the citizens of the country.

“It is a coup against the people, and when you plot a coup, you know the consequences of plotting a coup. National Assembly members have plotted coup against Nigerians, and Nigerians should hold them responsible. All they are planning is to rig election, because they know Nigerians have abandoned them”, the governor said.

The Rivers State governor said he had expected President Buhari, who had openly declared that he respects former President Goodluck Jonathan, for not compromising the 2015 general election, to build on the electoral legacy of his predecessor.

“If Jonathan did not believe in the transparency of the election, he would not have allowed card reader to be used. So, he introduced the card reader as a sitting President, knowing fully well that that could be an albatross to him. But he said no, I want us to move to the next level.”

Wike stated that though President Buhari had repeatedly declared that he will ensure the conduct of free, fair and credible election in 2023, he doubts his sincerity, particularly for failing to rein in those APC members who voted against electronic transmission of election results.

“Mr President cannot tell us that sincerely, he wants to conduct free, fair, credible elections. Let nobody deceive you. It is very clear that there is no sure intention at all.”

The governor, who stated that he has never and will never influence any media organisation to nominate him for an award, advised media groups against bestowing awards on non-performing political office holders.

According to him, giving awards to undeserving governors, for instance, is an act of corruption.

Wike commiserated with the family and management of the Leadership Media Group over the death of the founder of the newspaper, Sam Nda-Isaiah, and urged them to use the newspapers as a voice for the people.

“Let me thank the leadership of the newspaper for finding us worthy or qualified to be nominated for the Governor of the Year Award. Therefore, we dedicate this award to the glory of God Almighty and to the people of the state.”

He said it was gladdening that there were people somewhere who recognise the efforts he and members of his team were making to change the narrative in terms of governance in the country.

To this end, he reiterated that the award would energise his administration to even work harder for the state.

Responding, the Group Managing Director of Leadership Newspapers, Mu’azu Elazeh, said they were in Port Harcourt to formally present Governor Wike the letter of his nomination as the ‘Leadership Governor of the Year’, and then to invite him to attend Leadership Conference slated for September.

“When the Board of Editors of Leadership met for this nomination, because it is something we do every year, when your name was mentioned, I think it is the only name that received unanimous endorsement because of your practical approach to leadership and governance; because of your focus in infrastructural development which is resetting the business and economy of Rivers State”, Elazeh said.

Similarly, the Executive Director, Leadership Media Group, Abraham Nda-Isaiah said this was the first time in the history of Leadership Newspapers that a governor has been nominated twice in the life of an administration.

He recalled that Wike was first nominated for the award in 2017.