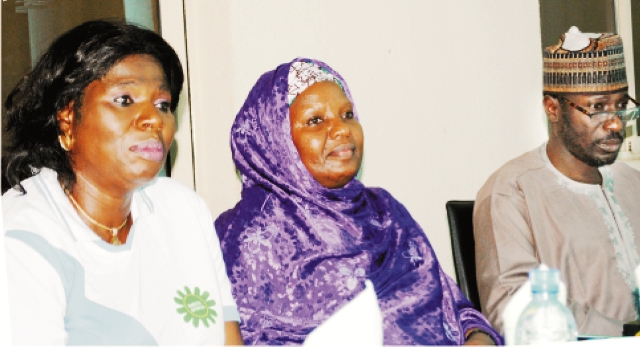 The United Nations De
velopment Programme (UNDP) last year embarked on series of programmes to save the Niger Delta biodiversity resources from extinction.
The programme by the UNDP, no doubt is in line with the just concluded  2016 World Environment Day celebration.
It will be recalled that, the theme, for this year’s World Environment Day celebration was, “Fight Against Illegal Wildlife Trade” and the slogan is “Go Wild”.
The World Environment Day celebration was initiated by the United Nation (UN) to give a human face to environmental issues as well as empower people to become active agents of sustainable and equitable development.
It will be noted that the theme for this year’s celebration follows the alarming rate of illegal   wildlife trade across the world.
A release from the United Nation Environment Programme (UNEP) a copy obtained by The Tide, described wildlife trade as the commerce of products that are derived from non domesticated   animals, eg plants usually extracted from their natural environment or raised under controlled conditions.
“It can involve the trade of living or dead individuals, tissues such as skins, bones or meat or other products”.
It must be noted that legal wildlife trade is regulated by the United  Nations convention on International Trade on Endangered Species of Wild fora and fara  (CITES) with 170 member countries  including Nigeria called parties.
Although illegal wildlife trade may not be common in the Niger Delta, but other environmental conditions have impacted negatively on the continuous existence of wildlife in Rivers State and other parts of the Niger Delta.
Available information obtained from civil society organizations indicates that environmental factors such as, oil pollution deforestation, bush burning and others have contributed to wildlife migration from the Niger Delta.
Some of the wildlife which are on the verge of extinction in the region are, the Niger Delta colobus, proco lobusepreni type of Red Monkey found in Nembe, Bayelsa State, the Hippopotamus, common in Bonny river but rarely seen these days, the Boa constrictor in Andoni and the Elephants also in Andoni.
Also on the verge of extinction are the Tortoise in Alode forest,  Eleme, the Gorillas in Ogoni and even the periwinkles and the oyelsters.
The Commissioner for Environment,  River State, Professor (Mrs) Roseline Konya, said that the state government will take some steps to preserve some of these wildlife from extinction. The commissioner, who delivered her address, during the celebration, said that government will also sensitise, various stakeholders, particularly, the public and private sector, the students, the teachers, the academia, the investors, civil society organisations (CSOs) non-governmental organisations the market women and men to make their input in the fight against illegal wildlife trade as stakeholders in one way or the other.
Professor Konya also said that, the government will evolve containment measures for the Elephants in the Andoni forest.
According to her, “in the Niger Delta and indeed Rivers State in areas like Oyoroketo,  Illotombi Aywut, Obolo in Andoni local government area, elephants we are told move around  in communities, sometimes ravaging crops of farmers.
“The ministry will collaborate with NGOs to contain these animals, attempting to preserve them” she said. The commissioner said that Governor Ezenwo Nyesom Wike has approved the relocation of the Port Harcourt Zoo from Trans/Amadi to Greater Port Harcourt, while the present location will be turned to amusement park.
The National Second Vice President of the Waste Management Society of Nigeria (WAMASON) Envoy  Sodienye A. Abere, described the celebration as unique in view of its relationship with wildlife.
Envoy Sodienye said that all international and local laws designed to curb illegal wildlife trade be implemented  especially in the Niger Delta to save wildlife in the region from extinction.
“This year’s motto, “Go Wild for Life” is apt. Yes we need to be wild (which is the original nature) to save life”, he said.
For the chairman, Environmental Management Association of Nigeria Rivers State chapter, Chief Sao Selako, the world has a duty to protect our environment wildlife for sustainability.
Other environmentalist sits who also commented on the issue described wildlife as a part of existence that must be protected, stressing that for this to be achieved, the leadership must muster enough political will to implement laws relating to wildlife conservation.
The move by the Rivers State Government to protect wildlife in the state is a commendable one and efforts must be made to ensure its success.

65% Of FCT Communities Depend On Stream Water