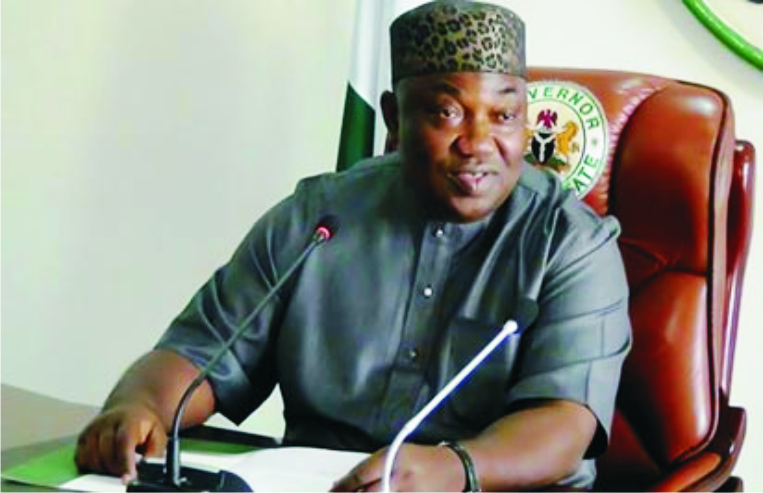 Enugu State Governor,
Ifeanyi Ugwuanyi has appointed Professor Augustine Uchechukwu Nweze, as the new rector of the state-owned foremost Polytechnic, Institute of Management and Technology (IMT).
He equally inaugurated the new Governing Council of the institution, which was reconsituted a few weeks ago.
Inaugurating the council in Enugu, Ugwuanyi, noted that ”the reconstitution of the Council was made pursuant to Section 5 (1) of the Institute of Management and Technology Law Cap 97, Revised Laws of Enugu State of Nigeria, 2004.
The governor added that “it was also in response to the urgent need to fill the vacuum created in the administrative structure of the institution owing to the absence of the Council for many years”.
The member representing the state at the National population Commission NPC,  Dr. Festus Uzor will serve as chairman He also stated that “the Statutory members of the
Council as stipulated by the Law are the Rector of the Institute, Professor Augustine Uchechukwu Nweze (who has just been appointed), two nominees of the Academic Board of the Institution
The governor further explained that “this administration as we do know, has since inception continued to place a very high premium on the improvement of the education sector, especially through the repositioning and revitalisation of educational institutions at all levels.
“As a first generation Polytechnic, the Institute of Management and Technology, Enugu has been one of the prominent centres for manpower and technological development in the country.
“It is, however, the intention of this administration to take the institution to a much higher level and to restore it to its status as a leading centre for qualitative education and technological innovations.
“Towards this end, we have endeavoured to provide and improve necessary infrastructure and facilities in the school and we have recently set in motion, the process and machinery for its upgrading to a degree awarding institution”, he stated.
On the calibre of persons now appointed into the board, the governor said: “We have taken pains to select as members of this new Council, individuals of high academic and professional repute, experience and competence, to drive our aspirations for the institution and bring them to fruition.
“I am confident that they will deploy all their abilities and energies to achieve these goals for the benefit of our children and the society at large, and I assure you that the Government will, as a matter of policy and obligation, support and partner with the Council in all necessary ways to ensure that it succeeds in its assignment”.
Governor Ugwuanyi  thanked the outgoing Rector, Professor M.U Iloeje “for the laudable work he did for the school during his period of service” and wished him greater success in his future endeavours.
Responding, the Chairman of the new Council, Dr. Uzor, who spoke on behalf of the other members pledged to work assiduously and in line with the terms of reference for the team to reinvent the greatness of IMT.