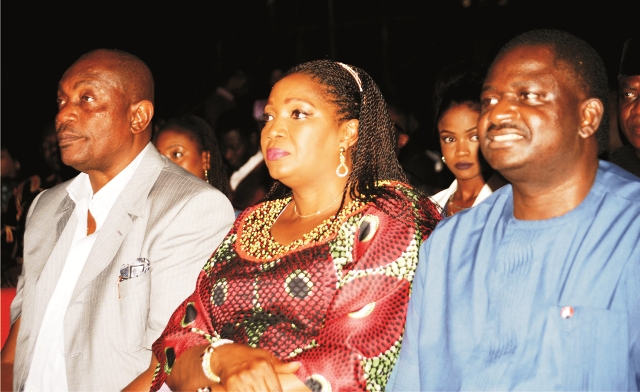 The Nigerian Army said that its troops in Borno State
have killed a top Boko Haram commander known as Ameer Abubakar Gana and 18 other fighters.
A statement issued by army spokesman, Col. Sani Usman said several arms, ammunition, vehicles and other items were recovered during the operation.
Usman said in the statement that the commander and his men were killed during a clearance operation on the terrorists’ stronghold at Chukungudu by troops from various army battalions with support from Air Force aerial surveillance.
Usman said the operation was conducted following intelligence report about the activities of the insurgents in the area.
“Following credible information on the presence of Boko Haram terrorists at Chukungudu, a carefully planned operation comprising troops of 22 Brigade Garrison and 153 Task Force Battalion as well as Nigerian Air Force Intelligence Surveillance Reconnaisance, was conducted.

A Chief Magistrates’ Court sitting in Ado-Ekiti has re
manded a 19-year-old man, Seyi Oluwafemi, for alleged rape of a 13-year old girl.
The police prosecutor, Sgt. Caleb Leranmo, told the court that the accused committed the offence on May 26 at Efon-Ekiti.
He alleged that the accused, on the said date, unlawfully defiled the girl, which led to a serious injury on her.
Leranmo said the offence contravened section 218 of the Criminal Code, Cap C 16, Laws of Ekiti State, 2012.
He said he had duplicated the case file and forwarded It to the Office of Director for Public Prosecution (DPP) for legal advice.

The United Nations Development Programme (UNDP),
has secured three million dollars grant from the Government of Japan to accelerate the recovery and stability of the Internally Displaced Persons (IDPs) in the North East.
A statement by Mr John Nwankwo, Information official of the Embassy of Japan, said the sum would be used to implement two new projects in Adamawa, Borno and Yobe.
Nwankwo said the two projects are “Support for Early Recovery and Social Cohension” and “De-radicalisation, Counter –terrorism and Migration”, which would be implemented over a 12 months’ period.
According to him, the Ministry of Budget and National Planning will coordinate the implementation of the two projects.
He explained that the support to early recovery and social cohesion would contribute to ongoing recovery interventions in the region, devastated by more than five-year-long insurgency.

A staff of Ahmadu Bello University (ABU), Joy
Enobong-Akpan, and her daughter, Akon Iyene, have been arraigned before a Chief Magistrates’ Court, Chediya GRA, Sabongari, Zaria for criminal conspiracy and offering false information..
The two were said to have connived and falsely accused six staff of the university of kidnapping the second accused, Iyene, a student of Human Anatomy Department of the institution.
Kano

The Kano State Government has approved N1 billion for
the construction of 348 classrooms in secondary schools across the state.
The Commissioner for Information, Alhaji Muhammad Garba, announced this when he briefed newsmen on the outcome of the state’s Executive Council meeting in Kano.
He said that the gesture was part of Gov. Abdullahi Ganduje’s promises to embark on projects that would have impact on the people of the state.
Garba added that the new classrooms would not bear any inscription or name of individuals on them.
He noted that the Council had also approved N90.7 million for the conversion of Mariri orphanage home into boarding primary school in the state
The Council approved another N125 million for the construction of drains in Kano State University of Science Technology, Wudil, he said.

The Chief Imam of Markaz Al Adaby Mosque in Ilorin,
Malam Abdulmumin Apaokagi,  has urged Muslims to be spiritually prepared during Ramadan fast by moving closer to Allah and be steadfast in prayers.
Apaokagi made the call in Ilorin while delivering lecture as the last Friday preceding the Holy month of Ramadan.
Ramadan is the month which Muslims fast for 29 or 30 days as prescribed for them in the Holy Qur’an chapter 2 verse 183
as “O ye who believe, fasting is prescribed to you as it was prescribed to those before you that ye may (learn) self-restraint.”
The cleric said Muslims should not only prepare for Ramadan by stocking their homes with foodstuff but by purifying their hearts to usher in the holy month.

No fewer than eight suspected fake optometrists have
been arrested in Lagos by the Registrar of Optometrists and Dispensing Opticians Registration Board of Nigeria, in conjunction with the Nigeria Police.
Our correspondent reports that the board members, the Ministry of Health and the police raided some areas in Lagos Island, including Tinubu Square, to make the arrests.
The Vice Chairman of the Nigeria Optometrists Association, Lagos State chapter, Dr John Sedi, who confirmed the number of arrests to newsmen, said that some eye glasses and some equipment for optometrists were recovered from the suspects.
He said that the raid was one way to protect the eyes of many Nigerians from being damaged, and to also enlighten the public on the dangers in patronising quacks.

Maichibi Widow of Hope Foundation, an NGO, has ap
pealed to parents and guardians to ensure good education for their female children/wards before giving them out in marriage.
The Chief Executive Officer of the foundation, Mr  Bitrus Maichibi, made the appeal in Akwanga, Nasarawa State, during an awareness campaign on girl-child education.
He explained that the campaign organised by the foundation for public and private school female students in Akwanga Local Government Area, was aimed at stressing the importance of girl-child education.
Maichibi said that sexual abuses, lack of proper education for the girl-child, were reasons for the sensitisation exercise, adding that parents should send their female children to school.

The Traffic Compliance and Enforcement Corps (TRACE)
in Ota, Ogun State has urged companies to retrain their drivers to cope with the challenges of driving during the rainy season.
The TRACE Zonal Commander, Mr Adekunle Ajibade, made the appeal in an interview with newsmen in Ota.
Ajibade said he would love to see the Manufacturers Association of Nigeria (MAN) assisting the agency in spreading the campaign, especially now that the rainy season had started.
He said that retraining was needful because the rainy season was more prone to accident than the dry weather.
According to him, the slippery nature of roads during the rainy season had often contributed enormously to road crashes.
Plateau

Governor Simon Lalong of  Plateau State has inaugurated
the first ever Primary Health Care (PHC) Clinic in his own village, Ajikamai, in Shendam Local Government Area.
Inaugurating the N13 million facility, the governor described the event as “historic”.
“It is the first time my people are seeing an edifice like this in this village,” he said.
The governor said that the centre was built under the Community and Social Development Programme (CSDP) of the state.
He expressed satisfaction with the quality of the work as well the speed with which it was completed, stating that the project would address the health needs of the people.

The Sokoto State Pilgrims Welfare Agency (PWA) says it
hasso far remitted over N1.6 billion to the National Hajj Commission (NAHCON) for the 2016 Hajj.
The Director-General of the agency, Alhaji Ibrahm Umar made the disclosure in Sokoto during the payment of N159 million as refunds to 4,997 pilgrims from the state who performed the 2015 hajj.
According to the Umar, the remittance was for 50 per cent of the 4,948 hajj seats allocated to the state by NAHCON for the forthcoming exercise.
“All the seats had been allocated to the 23 local governments in the state, while efforts are on to collect the balance and remit same to the commission,’’ Umar added.