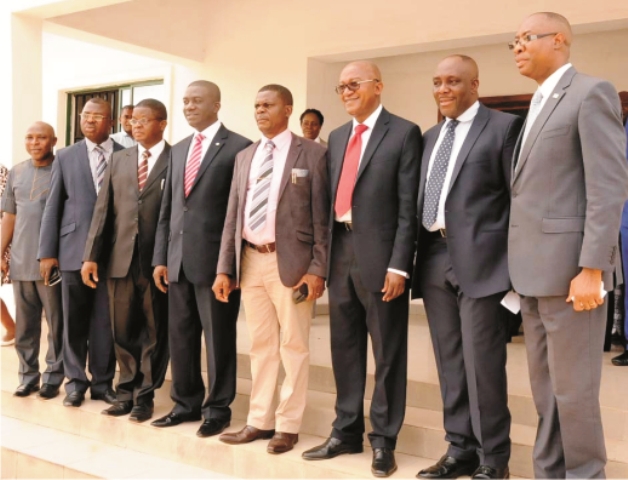 The Chairman, Christian
Association of Nigeria (CAN) Imo chapter, Bishop Stanford Nwogu, has cautioned against reprisal attack on any religious group killing of an Igbo woman in Kano over alleged blasphemy.
Nwogu in an interview with our correspondent in Owerri, said though the killing of an innocent woman was condemnable, but taking to religious war would not solve the problem.
He said Christians and Igbos must rely on the promises of President Muhammadu Buhari to bring the perpetrators of the evil to book.
He said nobody had the right to take another person’s life in the disguise of religion.
“It is really wickedness that some people will gather to execute a fellow human in the name of religion.
“Government must do everything possible to prosecute those involved in the ugly act because everybody is watching government’s next line of action”, he said.
Nwogu added that the matter must not be swept under the carpet, adding that government might risk the possibility of people taking to self-help if the issue was not treated accordingly.
He also urged Nigerian government to try and meet the UN recommendation of policing; adding that under-policing in a nation like Nigeria was a security threat.
“If we had enough police officers where the incident happened, maybe the woman would have been rescued”, he said.
Also speaking, the General Oversea of Freedom Faith Assembly, Bishop Joshua Imoh, condemned the killing adding that no religion teaches followers to killing innocent people.
Imoh, who is also a United Nations Peace Ambassador, wondered why Christians were always the target.
He said though a reprisal attack was not a better option, but urged Igbo leaders to rise up and speak with one voice.
Meanwhile, a coalition of Christian and Muslim youths has condemned the killing of a Christian, Mrs Bridget Agbahime, in Kano, describing the development as unfortunate.
The President of the coalition, Mr Gideon Obande, told newsmen in Abuja on Tuesday that the killing could cause chaos and disunity in the country.
He, however, stressed the need for the perpetrators of the crime to be punished to deter other people from committing such offences.
He said the reason such killing had persisted in some parts of the country was because perpetrators of such acts were in most cases, allowed to go unpunished.
“If you have been following the antecedents in Kano, it is not the first time that issues like this is happening.
“The people see nothing wrong in doing what they are doing because no serious punishment had been meted to them.’’
Obande argued that Nigeria was a liberal state and the constitution had recognised the fact that there was diversity in worship and ethnicity, a situation he said, must be respected.
He noted that the country’s religion and cultural diversification were the strengths of its unity and had made it difficult for seeds of discord to be sowed amongst the populace.
A member of the coalition, Mr Ibrahim Kabiru, called on the Federal Government to ensure that the killer of Agbahime was apprehended and punished.
“We expect government to rise to the occasion of the day by arresting the criminals and making sure they are booked and taken to jail,’’ he said.
He also called on religious faithful to imbibe the virtue of tolerance.