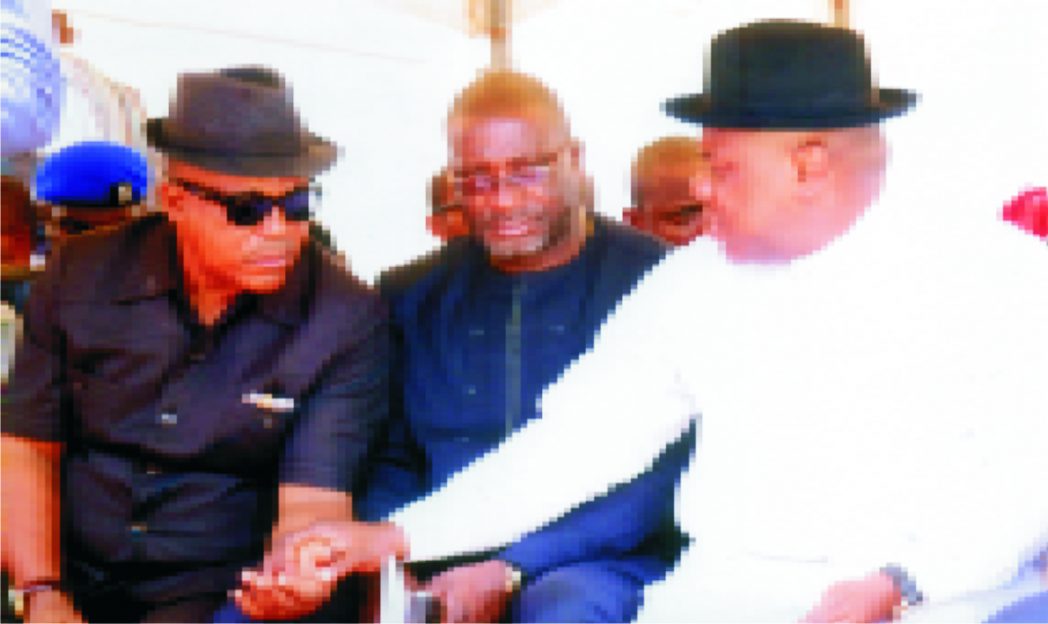 Stakeholders across the
divide have expressed excitement over the numerous world-class road infrastructure development projects embarked upon by the Rivers State Government in the 23 local government areas of the state within the last one year.
Speaking in an interview with The Tide shortly after flagging-off construction work on the dualisation of the Saakpenwa-Bori Road, President, Movement for the Survival of Ogoni People (MOSOP), Legborsi Pyiagbara, said that the commencement of the construction work on the road would not only assuage the feeling of marginalization of Ogoni people, but will reassure them that the Wike administration will not abandon any of the promises made to the people during the electioneering campaign period.
The MOSOP president said that the road project would no doubt create thousands of direct and indirect new job opportunities for Ogoni people, and charged them to take advantage of the construction work to better their livelihoods by actively supporting the two tiers of government to deliver genuine dividends of democracy to the people.
Also speaking, Chairman of Ogoni Supreme Council of Traditional Rulers, and former Chairman of the State Traditional Rulers Council, Gbenemene Tai, HRM Godwin Giniwa, described the project as a welcome development as it will alleviate the suffering of the people, and challenged the contractor handling the project to ensure completion of the road in record time, and within design specifications.
Similarly, Caretaker Chairman of Tai Local Government Area, Hon. Belekalo Sua lauded the vision of the Wike administration for initiating the project, noting that, “It will improve the economy of the area from Ogoni to Andoni and Opobo/Nkoro people.”
In his remarks, the state Commissioner for Works, Bathuel Iheanyichukwu Harrison, explained that the Saakpenwa-Bori-Kono road stretches 16.077kilometres in length and 7.3metres width on both sides, with median of 2.0metres, and would become the first-ever dual carriage way connecting three Ogoni local government areas of Tai, Gokana and Khana to other local government areas of the state.
The commissioner said that the project would boost business and social activities in that critical part of the state, and assured that the Wike-led government would leave no stone unturned to complete the road with the agreed timeframe, and tasked the contractor, China Civil Engineering Construction Company (CCECC) to comply strictly with all terms of the contract, and deliver the project to serve the people for which it is meant for.
Earlier, the works commissioner had given details of some other road projects undertaken by the Wike administration, especially in Port Harcourt City and Obio/Akpor local government areas, and added that the premium placed on construction of roads was to fast-track the development process in the state.
Iheanyichukwu listed road projects to include the 14-kilometre Rumuokurusi-Eneka-Igwuruta Dual Carriage Road connecting Port Harcourt-Aba Expressway. and East-West Road in Obio/Akpor to Airport Road through Igwuruta, in Ikwerre Local Government Area.
The works commissioner further listed other roads to include the 6–kilometre Rumueprikom-Rumuolumeni Road, the 3.5-kilometre Elioparanwo Road, the 12-kilometre Tam David West Boulevard, and Mogho/Bodo Road.
The rest are the Eliozu-Rumunduru-Elimgbu (Oro-Igwe) Road, Rukpokwu-Eneka Road, the former SARS (Nelson Mandela) Road at Rukpokwu, now renamed Sir Celestine Omehia Road, Rumuagholu  Road, as well as Azikiwe and Bishop Okoye streets.

Board Promises Renovation Of Health Centres

Militancy: Group CautionsAgainst Use Of Force