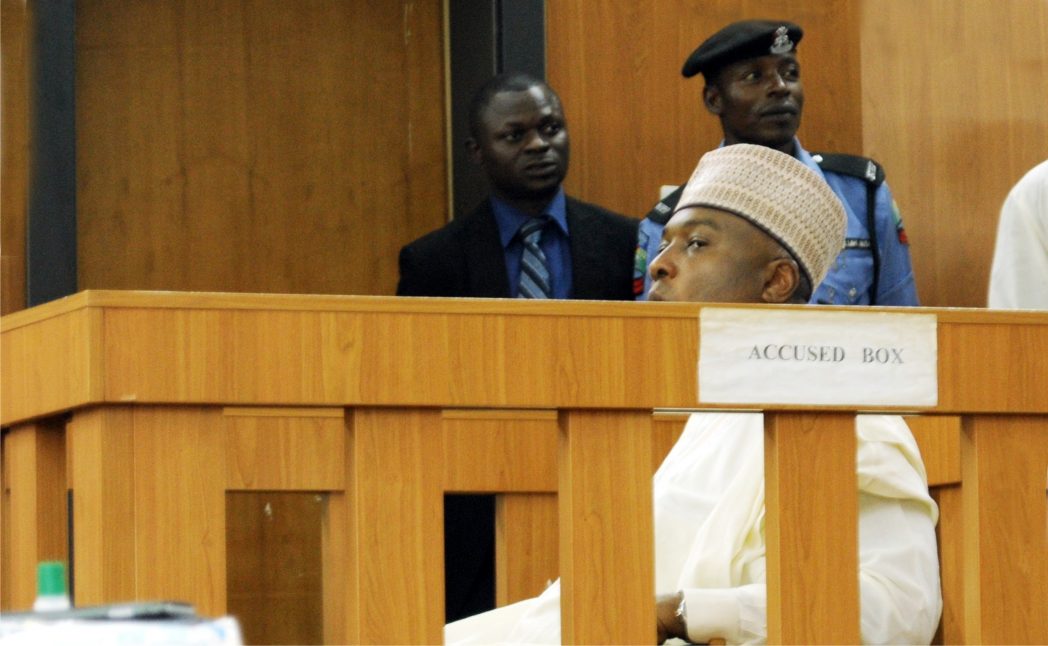 The hearing of the President of the Senate, Bukola Saraki’s appeal at the Federal Court of Appeal, Abuja, yesterday, against the Code of Conduct Tribunal (CCT) has been stalled again.
The inability of the court to sit on the matter stemmed from a reported ill-health of the applicant’s (Saraki) counsel, Chief Kanu Agabi (SAN).
The Senate President is being tried at the tribunal for alleged false and anticipatory declaration of his asset while serving as governor of Kwara.
The Federal Government had also alleged that the applicant violated the country’s Money Laundering law.
However, Saraki, who denied any wrong doing, is challenging the jurisdiction of the CCT to try him.
Agabi had transmitted a letter to the presiding Judge, Justice Abdul Aboki, seeking an adjournment on account of his ill-health.
Our source further reports that the application was not opposed by the respondent’s counsel, Mr Rotimi Jacob (SAN)
“In view of the letter sent to this panel from the applicant’s counsel, Chief Kanu Agabi, seeking adjournment on account of ill health and since this prayer is not opposed, the court will grant it.
“The hearing of the appeal is hereby adjourned until July 18,’’ Aboki said.
It would be recalled that hearing of the appeal was stalled on May 31, as the panel could not form the mandatory quorum to hear the matter.
Justice Moore Adumien, leading two other justices, fixed the matter to June 2.
Meanwhile, the Code of Conduct Tribunal has fixed June 7 to June 9 for the continuation of the trial of the Senate President, Bukola Saraki.
Saraki is standing trial on a 16-count charge of alleged false asset declaration.
The tribunal had on Wednesday, June 1, adjourned following a request by the prosecution counsel to adjourn to allow its key witness, Micheal Wetkas, attend to another matter at the Federal High Court.
The chairman of the tribunal, Danladi Umar, adjourned the trial, but failed to give a date for its continuation.
Following media publications that the trial was adjourned “indefinitely”, the CCT, in statement signed by its head of press and public relation, Ibraheem Al-hassan, said the next date for the trial would be June 7.
“The decision for the adjournment to the new dates was sequel to the abrupt written request from the lead prosecution counsel, Rotimi Jacob (SAN) that his PWI Mr. Michael Wetkas was scheduled to testify before the Federal High Court, Abuja, in the same date, thus; 1st June 2016,” the statement said.