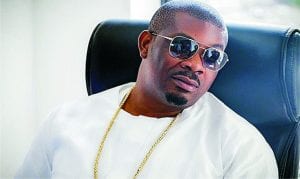 The Nigeria entertainment
industry is filled with loads of talents where music stars and actresses are in serious competition with one another on who makes it to the top or gets the biggest recognition.
Aside pursuing their personal dreams in the industry, they also hope to get supports from corporate bodies which include MTN, Globacom, Etisalat, Airtel, Loya Milk, Konga among others. Amongst the Nigerian entertainers with biggest endorsement deals are:
IYANYA
The Ibibio hiphop singer, Iyanya who won the maiden MTN project fame contest in 2008, has made a lot of money from his jaw dropping endorsement deals with top brands. His endorsement deal with MTN is worth N60m and also has a $350,000 (N57m) endorsement deal with Zinox computers. On October 16, 2013, Iyanya became the new ambassador for solo phones Nigeria, a mobile phone company situated at Computer Village, Ikeja. The one year deal is allegedly worths $220,000 (N35m). In addition, Iyanya got a 2014 Toyota prado from the deal.
P-SQUARE
The hip-hop singing duo has been in the frontline of entertainment in Africa. The star singers, Peter and Paul Okoye known as P-Square have been dominant Globacom ambassadors and these deals have a subject of envy among colleagues.
The music stars are a hardworking set of dancers and singers. P-Square’s deal with the same outfit goes for N140m. One of them Peter Okoye is the face of Olympic Milk deals, swelling their endorsement status.
D’BANJ
The ‘emergency’ crooner D’banj in the year back clinched N100m deal with Telecom giant Globacom. In October 2014, D’banj signed a lucrative endorsement deal worth N50m with Applel Beats by Dre. The Koko master also got his own customised head phones which will be launched in December. He also became ambassador for Ciroc drink in Nigeria along with Banky W, the music star also signed a deal with mobile phones company slot worth N10m and was also given a brand new red porsche car.
GENEVIEVE NNAJI
A breakdown of Genevieve’s multiple endorsements revealed that the delectable Thespian made $100,000 as the brand ambassador of Range Rover Evogue. Interestingly, she was given the option of keeping the posh ride worth over N10m and $50,000 (N82m).
Genevieve was on song again in February 2014, when telecom giant Etisalat signed her to feature on the brand campaign activities specifically assigned the easy flex account. The sweet faced and adorable role interpreter arguably made a whopping N100m.
The polo deal is put in the region of N70m while the Cintron drink rakes about N50m for the actress. Recall she was once face of Lux in Africa which also earned her millions of naira.
DAVIDO
The Aye crooner has deals with MTN pulse and Guiness Nigeria. While the Guiness deal amount is not known, his MTN contract is reported to have made the Omo Baba Olowo N30m plus richer. Also a pepsi ambassador, Davido weeks back signed about N100m deal with the brand. Considering that Davido has a billionaire father, he may not rely on endorsement deals except for a status symbol.
WIZKID
In 2015, Wizkid clinched N120m from Glo on a two year deal which means he will be paid N60m every year. In June he marked his 25 birthday with a renewal of his contract with Pepsi where he was paid $350,000. On October 23, 2013, Wizkid signed an endorsement deal with Guiness for the Guiness world of more concert which also earned him millions of naira.
BANKY W
The R&B singer and E.M.E record label boss Banky W is smiling to the banks with his whopping N100m endorsement deal with Samsung mobile as well as his endorsement with MTN. He is also a brand ambassador of Ciroc, Ultra premium Vodka
DON JAZZY
Don Jazzy has become the face of hip-hop music in Nigeria. The CEO of Mavins records is not only making money from his star studded record label, he also has very lucrative endorsement deals including one with Loya milk where he got nothing less than N50m. His N25m deal with MTN has also been renewed. Don Jazzy is also Samsung, Konga and Johnnie Walker ambassadors thereby summing his endorsement to over N100m.
TIWA/SAVAVE
Tiwa Savage has been involved in many youth empowerment and breast cancer screening projects across Nigeria. Savage helped raise money for an organisation that helped build schools in her home town. In July 2013, Savage signed an endorsement deal with MTN Nigeria reportedly worth N30m. She also signed endorsement deals with Pepsi, Forte Oil and Maggi which has made her the richest female artiste in Nigeria.
OMOTOLA JALADE-EKEINDE
Highly popular Nollywood actress and her second daughter Meriah Ekeinde are now brand ambassadors of knorr owned by Unilever, while Omotola’s daughter was paid N2.4m, Omotola fee was not disclosed, but sources revealed that the deal was worth millions of naira. Also a Scanfrost ambassador Omotola was disclosed to have gulped mouth watering amount of money from the endorsement.
Source: Naj.com