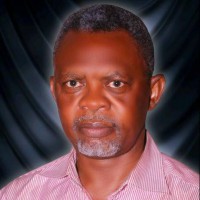 A lecturer of Economics at the Nnamdi Azikiwe University, Awka, Prof. Uche Nwogwugwu, has advised the Federal Government to revive agriculture for increased productivity towards addressing the nation’s ailing economy.
Nwogwugwu who gave this advise in a parley with newsmen in Abuja, recently, said the greatness of a country depended to a large extent on its productive base.
According to him, “It is not really by devaluation, the wealth of every nation, the greatness of a nation lies in production. If the productive base is strong, of course that means most of the things we source from outside will be made within, the demand for foreign exchange will be less so the Naira will automatically be strengthened, for now the scenario where the economy depends on only one product called oil, cannot work”.
He continued, saying, “even at the time when the oil boom was there, the revenue was diversified to ensure that other sectors were growing, the base or the one means to get Nigerians is to diversify”.
The Economist urged the government to diversify the economy by taking advantage the opportunities that abound in other sectors, adding that government needs to formulate policies that would promote locally made products to curb importation of the same goods.
He used the chance to advise all levels of government to increase workers’ salaries in line with the increase in prices of commodities, saying, “all the inflation that we talkabout is increase in prices of things that we consume, remember that salaries are prices, rents are also prices, so prices means the income that all the factors in operation earn, but right now the price that is going up is one-sided”.
Additionally, he said, “the price of commodities maybe the price rent, but the wages have not gone up, this informs the mismanagement of the system, if prices have to go up that means salary will go up as prices of commodities are going up. It is implicit because salary is the pride for Labour, commodity is you got to the market and the price rises, it is the price for commodity, if rent goes lip, it is the price for land and house”.