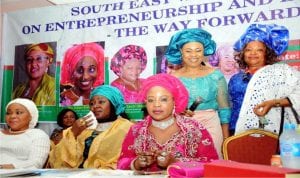 A 75-year old man, Mr
Onuzulike Ude, and four other suspects have been arrested by the police in Anambra for allegedly forging certificates of some tertiary institutions.
The Commissioner of Police (CP) in the state, Mr Hosea Karma,stated this when he paraded them before newsmen in Awka recently.
Karma said they also forged the National Youth Service Corps (NYSC), discharge and exemption certificates and printed fake Nigerian currency.
Ude, a retired teacher, allegedly forges the certificates of tertiary institutions in a business centre operated by 54-year old Mrs Evelyn Nwoke.
The fake certificates recovered from them bore University of Nigeria, Nsukka, Nnamdi Azikiwe University, Awka, Federal Polytechnic, Oko and College of Education, Umunze.
Also recovered from them were certificates for Senior Community Health Extension Workers, Certificate for Junior Community Health Extension Workers, National Business and Technical Examination Board (NABTEB).
Others are Kano State Judiciary Statutory Declaration of Age; Afrihub Nigeria Ltd. certificate of participation and Oji River Local Government Identification Certificate.
Responding, Nwoke said she was not aware that the documents were forged, admitting however that the man used to bring documents for her to change some of the contents.
Also paraded was Ikechukwu Nze from Isuochi in Abia for allegedly printing fake N1000 and N500 notes and making purchases with them.
Mr Maduabuchi Chinedu from Achina in Aguata Local Government Area of the state was arrested for robbing a man of N18,000, using a knife to threaten his victim.
Nze said it was his friend that gave him the fake currency when he told him that he (Nze) needed money to start a business.
Another suspect, Jerry Gana-Fasharuku, was paraded for kidnapping three persons, including a lecturer at Enugu State University of Science and Technology and collecting N300, 000 from his family.
Karma said Gana-Fasharuku claimed to possess a Bachelor of Science degree in Bio-Chemistry from Delta State University, Abraka.
Karma said Gana-Fasharuku also kidnapped a lecturer in the university and a trader in Owerri and received ransoms of N1.6 million and N3 million from respective members of their families.
The commissioner expressed surprise that a retired teacher could be involved in certificate forgery and wondered what he was teaching students when he was in service.
He warned against people providing false information to the police.
Karma recalled that some people raised false alarm two days ago that some people set fire on a school building at Ogbunike in Oyi Local Government Area.
“The police found that it was false alarm when they got there’’, he said.