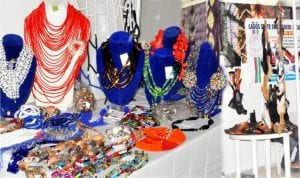 As President
Muhammadu Buhari finally assented to the controversial 2016 budget, some analysts have expressed divergent views on the issue.
The analysts, who bared their minds in an interview with The Tide in Port Harcourt said the federal government should judiciously implement the budget to its letter in order to revive the dwindling economy of the country.
According to them, the signing into law of the N6.06 trillion budget was long over-due, despite its controversy and issues of padding, and commended the president for standing his ground against such fraudulent manipulations.
They noted that as the administration is out to fight corruption, let transparency and accountability be their watchword, in order to justify the change mantra.
Pastor Stephen Atamuno-Osi said the masses are impressed with the signing of the budget which was long expected and what we are waiting is the fast implementation for things to improve in the country.
Atamuno-Osi wants the implementation be immediate since the change agenda depends on the budget, and commended President Muhammadu Buhari as the masses await its full implementation for the country to move forward.
Another analyst, Randy Okoloma expressed delight with the signing into law of the 2016 budget tagged “Budget of Change” by the President, Muhammadu Buhari, but noted that the controversy and processes that the budget passed through were not in the best interest of the nation.
According to him, there should be strict monitoring and implementation of the budget to avoid misappropriation as the present administration is out to ensure corruption in Nigeria becomes a thing of the past, adding, “let the government and the various ministries and agencies present quarterly report on how funds allocated to them were utilised and expended”.
Another analyst, Ephraim Okonko Igbanam said the masses were disappointed over the delay in signing the 2016 budget into law almost a year after, saying that it has lost its credibility and value.
“I think it is no longer news that the 2016 budget had finally been signed by the President, because the controversy and irrelevant issues raised on it have made the whole thing look childish, and people are afraid if it will be implemented accordingly”, he lamented.
In his own reaction, Charles Ikkennam however noted that with the signing of the budget, the economy of the country would improve and the people would soon heave a sign of relief.