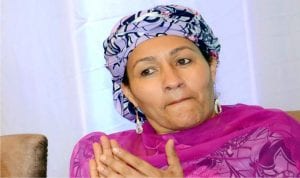 Does Nigeria and the
rest of the international community have the political will to implement the Paris agreement  on climate change?
The question was  raised by a cross section of participants at recent climate change conference in Port Harcourt.
The conference was organised by Alliance Françoise, Port Harcourt, to create awareness on the impact of climate change on the society.
It would be recalled that over 171 world leaders had met in New York, United States of America, 22 April 2016 to sign the Paris Agreement on Climate Change. Agency reports had it that France was the first to sign the Agreement.
It was formed by Marshall Islands, Mauru, Palau, Somalia, State of Palestine, Barbados, Belize and Fiji.
Other signatories include Greenada, Saint Fitts and Nevis, Samoa, Tuualu Maldives, Saint Lucia, Maurtius, Peru, Democratic Republic of Congo, Bulvia Brazil, China, Canada and Italy.
Other countries are expected to sign the Agreement between now and October this year.
The Port Harcourt seminar was attended by cross section of dignitaries from both the public and private sectors.
Specifically at the event were representatives of the Institute of Pollution Studies, Rivers State University of Science and Technology (RSUST), Port Harcourt Centre for Conflict and Gender Studies, University of Port Harcourt, and the Centre for Development and Support Initiatives (CEDSI).
Also in attendance are the Rivers State Commissioner for Agriculture, Mrs Onimim Jacks representatives of the Ministries of Environment, Culture and Tourism, Information / Communication and Youth Development.
A documentary with The Theme: “No where to Run: Nigeria Climate And Environmental  crisis” opened discussions at the conference.
The state commissioner for Agriculture, Mrs Onimim Jacks said that climate change poses a serious challenge to the state especially in the area of Agriculture.She said that the delay in the coming of the rains this year led to the suspension of planting activities by farmers in the state.
The commissioner added that because of the adverse effects of climate change on the state, her ministry is now encouraging more tree programmes across the state.“We are losing our forest resources to desert encroachment. Agriculture is one of the major causes of climate change because we have to deforest.
“We have to find a midway on how best to grow our feed” she said.
Also speaking, the Director Centre for Conflict and Gender Studies, University of Port Harcourt, Dr Fidelis Allen, querried the rationale behind the refusal of the Federal Government to critically examine some aspects of the draft policy in climate change which is already before the Ministry of Environment.
The university don insisted that the government, the petroleum industry and those involved in local refining of fuel need to respect our existence by being able to respond to climate change.
According to him, since the petroleum industry contributes more than 70 percent to climate change, the low urban industry must be made attractive to investors.
On his part, Dr Tubonimi Ideriah of the Institute of Pollution Studies, Rivers State University of Science and Technology (RSUST), Port Harcourt said that coastal communities are gradually sinking owing to the rising level of sea water.
He said that even people in the North are also experiencing the increasing rate of desert encroachment, adding that the situation should serve as a wake up call to the relevant  Authroites to the something.
The university don who described this year as the hottest in recent times, called for drastic measurers to check deforestation.
Dr Ideriah also called on the government to wakeup to its responsibilities of implementing all laws relating to conservation in the country.
“There are enough laws, but the will to implement them is the problem” he said.
The country Director of the Centre for Development and and Support Initiatives (CEDSI), Mrs Mina Ogbanga querried the rationale behind the non domestication of the agreement by Nigerian Government.
Mrs Ogbanga said that the aspect of the Agreement which talked about the reduction of global temperature below 1.5 per cent must be imbibed by all countries.
She said that the increasing level of heart being experienced these days shows that the temperature is getting out of hand.
She also called for measures to address coastal erosion and flooding.
Speaking to newsmen, a director in the state Ministry of Information Communication, Mr Paulinus Nsirim said that what is needed at the moment is action.
He said that the era of talkshop should be gone for good, stressing that both Governments and members of the civil society must begin to act now to protect the environment from destruction.
The Director Alliance Francaise, Port Harcourt, Mrs Helene Geneuu Okutue, said that the Port Harcourt office of Alliance Francaise is the second to organize the climate change conference in the country.
She said that the conference was to create the needed awareness on the impact of climate change with a view to funding solutions to it.
The conference which participants said was coming at the right time, however observed that so long as industrialized countries such as the United States of America, Great Britain, China, Canada, Australia, amongst others, continue to rely on the fossil fuel industry to power their industries, the political will to implement the agreement will be lacking.
In all, the impact of climate change is here and the government must act now.