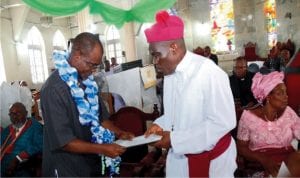 The Minister of
Environment, Amina Mohammed, has confirmed that more than 1,000 companies have indicated interest to undertake the clean-up of oil impacted sites in Ogoniland, Rivers State.
The minister made the confirmation at a one-day sensitisation forum for stakeholders on the pre and post-launch activities for the clean-up of Ogoni and other oil impacted communities in the Niger Delta region.
Mohammed also said that her ministry had set up three committees to train and sensitise the people on the need to participate actively in the exercise, and avoid acts capable of derailing the process.
The Minister of Niger Delta Affairs, Pastor Usani Uguru Usani, who was also at the sensitisation forum, called for the cooperation of youth in the Niger Delta towards a successful clean-up of the environment.
While speaking at the forum, the Rivers State Government pledged its readiness to give all necessary support to the Federal Government before, during and after the clean-up of oil impacted sites in Ogoniland.
The state Governor, Chief Nyesom Wike, who was represented by the state Commissioner for Environment, Professor Roselyn Konya, gave the assurance at a presentation on sensitisation for the clean-up of Ogoniland.
However, some Ogoni stakeholders, who were at the forum, urged government to hasten the process, and ensure commencement of the clean-up before the next six months.
The Tide correspondent, who covered the sensitisation forum, reports that the leadership of MOSOP, youth and women groups as well as representatives of Shell Petroleum Development Company of Nigeria and its parent company at The Hague, Netherland, attended the forum.